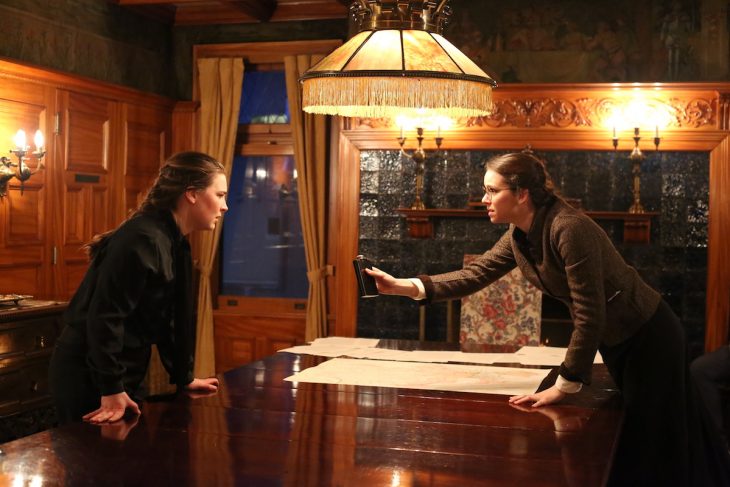 The Horse in Motion doesn’t do things simply. Since 2014, the experimental-minded theatre troupe has seemed as intent on challenging itself as on staging interesting work. How do you convincingly create a post-apocalyptic, walled-off world in a tiny shoebox of a theatre, or interpolate three Bertolt Brecht plays around breakfast service?

For its latest work, the company returns to the immersive, site-specific theatre of its debut: 2014’s production of Martin Crimp’s Attempts on Her Life, a staggeringly disorienting work staged with menace and mirth in the University Heights schoolhouse. Now, they’re doing Hamlet in the Tudor-style Stimson-Green Mansion on First Hill. The play is much more familiar and accessible (Shakespeare helpfully denotes who speaks when, unlike Crimp), but that doesn’t mean this is all same-old, same-old.

I’m deeply ambivalent about this immersive theatre trend, which is easy to market as something form-busting and innovative. Rising above gimmick? That’s harder. I’ve never felt less immersed in a play than I do while being herded from room to room for the next scene, which happens a lot in Hamlet.

What The Horse in Motion and director Julia Sears understand, which other immersive productions haven’t, is that the content needs to be fucked with as much as the form to make an immersive show interesting. And this is a pretty weird version of Hamlet, cleaving the Danish prince’s damaged psyche in half and watching the innards wriggle.

There are literally two Hamlets here, as the staging is set up with two story tracks. You’re given either an invitation to Gertrude and Claudius’ wedding or King Hamlet’s funeral, which sets you on your path for the evening.

But the two tracks don’t stay distinct for long, merging for crucial moments in the play before separating again. Kevin Lin and Jocelyn Maher play the Hamlets. He’s antagonistic and unhinged, a man who can’t remember if he was just pretending to be a little touched or actually is. She’s much cooler, the bloodlust lurking beneath her furtive eyes.

The scenes where the two tracks merge are frequently messy, sometimes deliberately. Doubled characters alternate lines or speak together in unison—or try to. Sometimes, the fourth wall really shudders, like when two Ophelias (Hannah Ruwe and Nic Morden) try to push her monologue about Hamlet’s madness to each other.

Aside from Laura Steele, who plays Polonius in both tracks, every cast member plays multiple characters. The Ophelias play the Horatios in the opposite track. Mario Orallo-Molinaro and Katherine Bicknell alternate Rosencrantz and Guildenstern.

This is part of the high-wire act that The Horse in Motion seems to thrive on, and Hamlet‘s gears run smoothly. One of the downsides to the company’s production of Attempts on Her Life was its start-stop structure, padded with plenty of stalling to give the show time to reset its interlocking scenes. There’s none of that here.

The double casting gives the play an obvious but effective visualization of its theme in the final scene. Lin and Maher also play Ophelia’s brother Laertes, and if you weren’t convinced of Hamlet’s fractured mental state, the surreal, identity-shifting duel in the finale drives that point home.

This is never Shakespeare at arm’s length. One can forget just how potent the feelings of betrayal, depression and madness are in Hamlet, given our familiarity with stoic declarations about sleeping, perchance to dream. Here, those declarations come from the gut, wildly and animatedly.

Hamlet runs through April 29. Online tickets are sold out, but waitlist tickets may be available at the door.