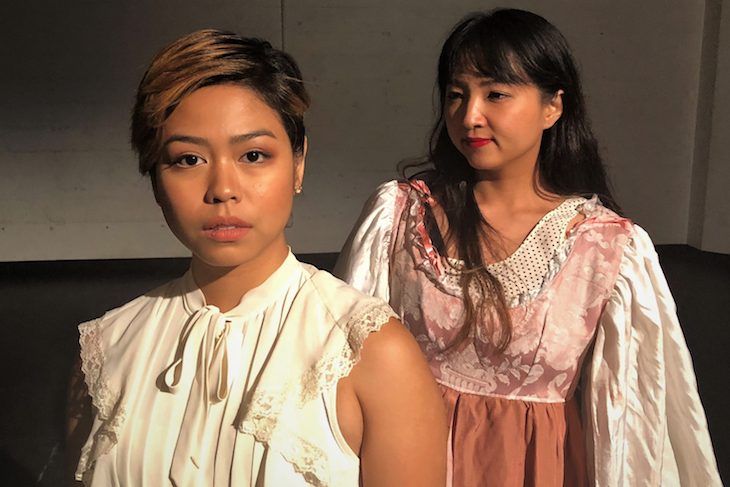 A July 26 article by Anne Midgette and Peggy McGlone in The Washington Post details many stories of sexual harassment in the classical music field by powerful men, naming Bernard Uzan, Daniele Gatti, James Levine, Charles Dutoit, William Preucil and others. This harassment isn’t a new phenomenon and the same behaviors and attitudes have been playing out on stage for centuries, usually dismissing women’s accusations as crazy, hysterical, etc.

In a famous opera from more than 200 years ago, the perpetrator ultimately gets his comeuppance, but more because he commits murder than because of the victimized women. Don Giovanni is dragged down to hell in Mozart’s work, an Italian version of the Don Juan story first published by a Spanish dramatist in 1630.

A small local theater group, The Core Ensemble, takes on Mozart’s Don Giovanni this month from the women’s point of view, with women as director and stage manager, as well as the majority of the cast. In it, Don Giovanni is punished for his sins against women in a very contemporary version of hell.

The Core Ensemble has been around for five years, beginning with a group of freshmen at Cornish College of the Arts. “We were hungry for the arts and finding a place to do our own stuff,” says Spencer Funk, one of the trio that makes up the core of the Core, along with Julia Holden-Hunkins and Warren Haney. They’re all actors, playwrights and directors, and Holden-Hunkins is a singer and composer as well. “From the beginning, we integrated music into everything we’ve done,” she says.

The trio works with a fluctuating group of performers and musicians, depending on the show. One string to their bow is a monthly Coaster Show, mounted at Capitol Cider on Pike Street, which presents 30 original skits in 60 minutes during Friday Happy Hours. It’s called a Coaster Show because the order of the skits is determined by the audience according to what is on the coasters at their tables. This month’s theme is Running With Scissors.

Don Giovanni, which they’re performing in English, is the group’s second major production. A couple of years ago they mounted a version of Gilbert & Sullivan’s H.M.S. Pinafore, replete with acrobatics, juggling and singing. “I went to the production and was blown out of the water,” says Julie Tall, owner of Capitol Cider, and a big fan. “The choreography was stunning and the production was high energy, hilarious, delightful.”

The Core’s production of Don Giovanni, which has been edited and shortened to 90 minutes by Holden-Hunkins and is performed with minimal props, is set in a modern office; the Don is the CEO, with Leporello as his personal assistant. Donna Anna is the Human Relations manager, with her father, the Commendatore, the police chief, Donna Elvira a reporter and the betrayed, now pregnant, wife, while Zerlina is the receptionist. The cast is an international, professional group, representing a wide range of ages.

Because the production is as physically energetic as was Pinafore, actors and singers are separated to preserve the music. Only the Don himself both sings and acts. The singers will be at the back of the small stage at 12thAvenue Arts, with the actors performing in mime in front of them. With only the Don singing among the actors, the feel of predation is heightened.

Holden-Hunkins sang Donna Elvira in a college production of the opera and was told to be crazy and hysterical in the role. That direction never sat well with her. “Mozart wrote beautifully for the women,” she says, “but the women never get the depth of character they deserve.”

“We are fascinated by combining tradition and innovation in framing something considered a masterpiece, like Shakespeare, but framing it in a different way,” Haney says. “What makes this piece uniquely theatrical? Why is this not better as a movie? How this is better and more impressive with a live audience?”

Adds Funk, “We want to engage your imagination.”

The Core, in partnership with the Seattle Gilbert & Sullivan Society, presents Don Giovanni at 12th Avenue Arts Aug. 19–29, in repertory with the G&S production of The Who’s Tommy.