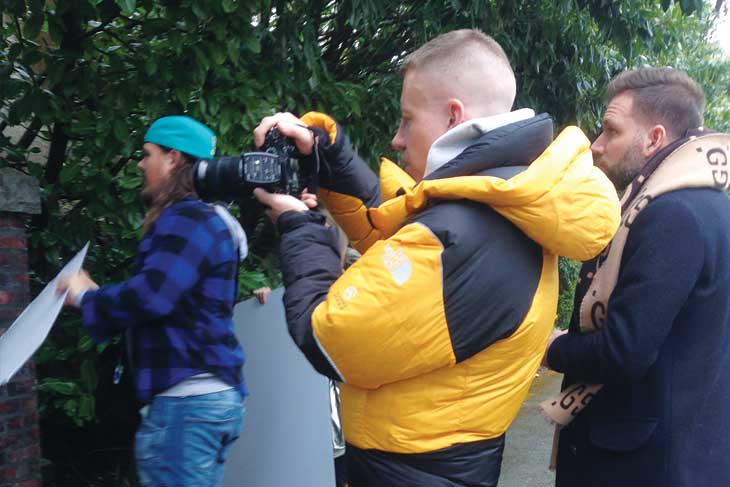 Macklemore showed up to this month’s cover shoot in a newly purchased insulated mountaineering suit (it was pretty cold out) and embraced his role as photographer with gusto. Photo by Dan Paulus

When Macklemore first emailed us to pitch a cover story about his young producer and collaborator Tyler Dopps, I thought someone was pulling our leg. But the email was real, as was the sincere purpose behind it: to shine light on an unsung artist whose work deserves attention. That’s something I love about Macklemore—his desire to support emerging talent and rep for The Town. Turns out he’s a remarkably good writer too; check out his essay on page 26.

It’s been nearly seven years since Macklemore himself was on our cover, some 14 months before “Thrift Shop” dropped and catapulted him to fame. Since then we’ve covered countless up-and-coming bands and musicians, some of whom have gone on to their own international renown. You’ll find another slate of them in this month’s annual Best New Music package, which overflows with an eclectic mix of people making some of the most compelling sounds around.

Emerging artists are at the heart of what we do at City Arts. As a publication focused first and foremost on the local scene, we play a crucial role in helping folks be seen, in cultivating the grassroots and strengthening the overall ecosystem of our creative community.

As you may have heard, we recently announced that we’re undergoing a metamorphosis, becoming independent as we grow our platform. To support our transition, we’re running a campaign for the NEW City Arts and inviting you to become a Founding Member. I hope all of our readers will join us—we need you!—and fuel the future of arts journalism here in our little corner of the world.