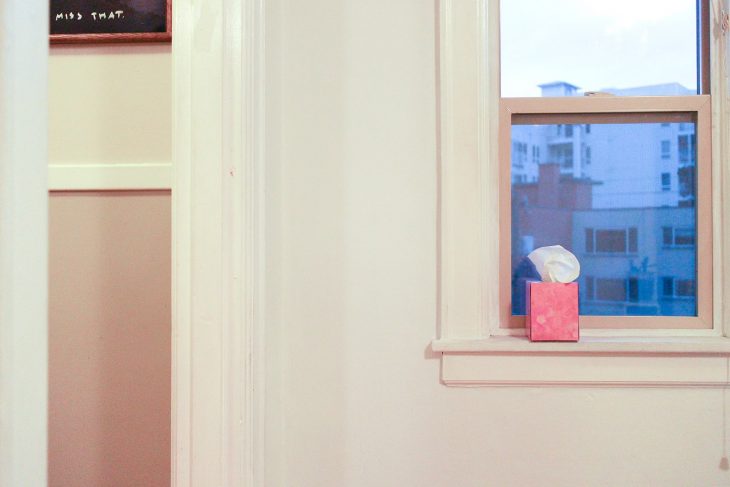 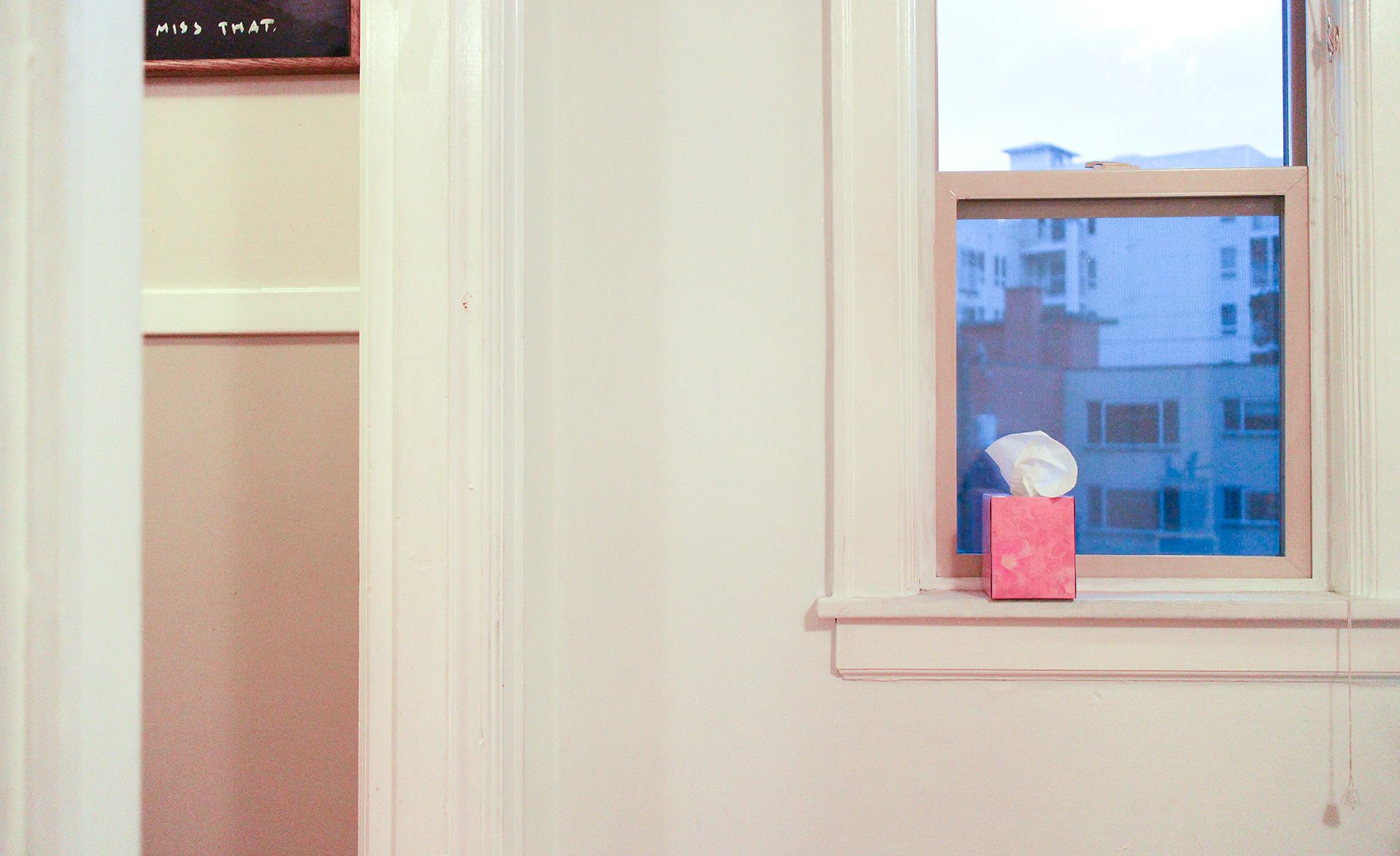 Right now, there is a cohort of Seattle artists making work tied to the act of emotional connection. Unbound by any prevailing aesthetic, their work varies from traditional mediums, photography and video to multi-disciplinary art and performance. They foster and celebrate highly emotional moments that are sweet, sometimes painful, not always beautiful, but always seeking affinity. I call it the Tenderness Movement. 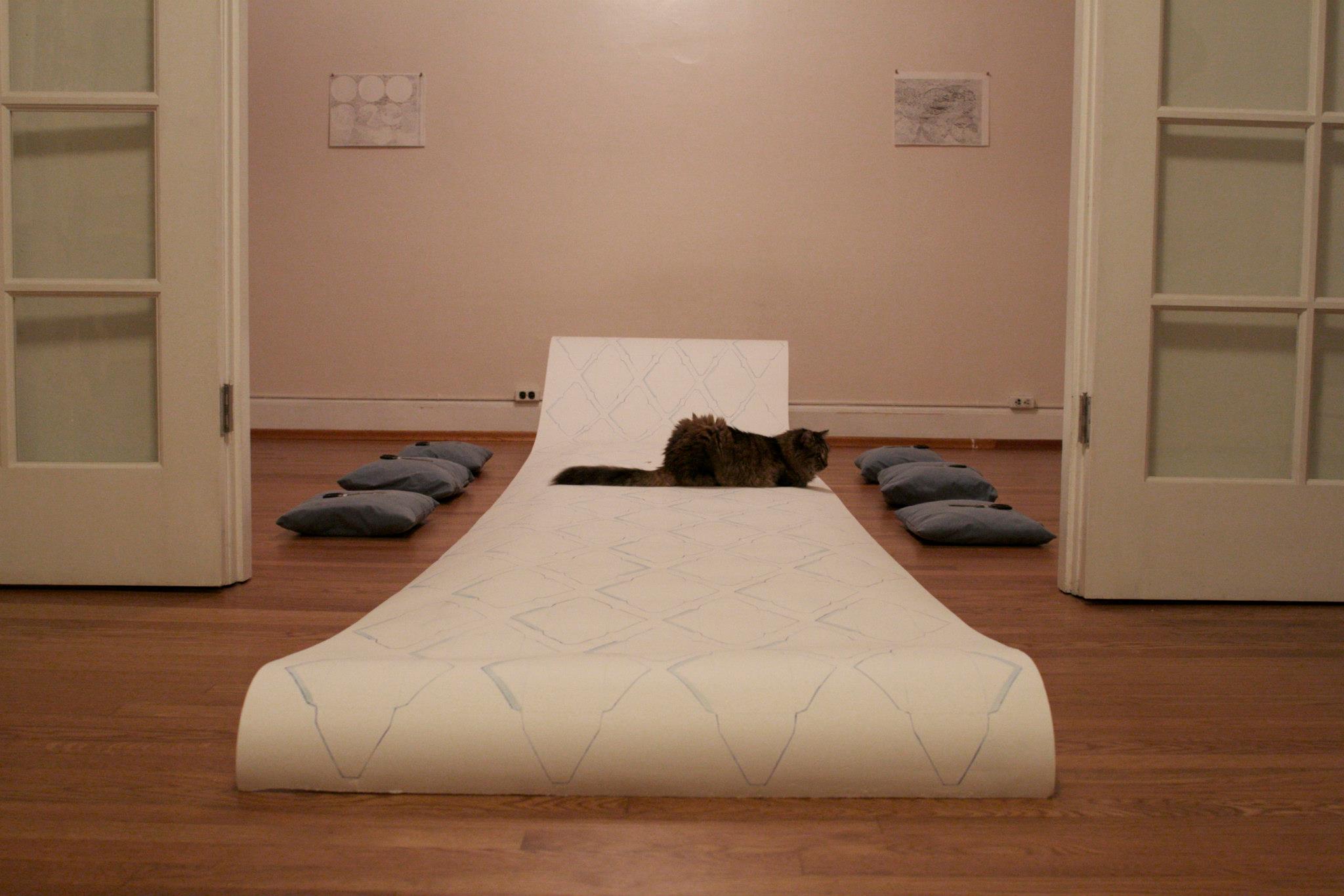 I’d have difficulty tracing the origins and participants of the Tenderness Movement in this short article, and I can see it taking shape beyond Seattle, too. But my first interaction with projects involving these artists was in 2005 after moving back to Seattle from NYC. At the time, their work was regularly seen at Howard House and Ambach & Rice, small artist-run galleries like Crawl Space, and featured in print publications La Norda Specialo and SEA-CAT (Seattle Catalog). Though it wasn’t uncommon for these Seattle artists to work together, we didn’t see consistent curation explicitly echo the ideas embodied by the artists until Sierra Stinson opened the itinerant gallery Vignettes in December 2010.

When Vignettes began its series of one-night events, shows were held every two weeks in Stinson’s apartment at the El Capitan on Capitol Hill. In the first days of the project, she lived in a one-room studio and all of her personal belongings were packed into a small hallway closet. I remember catching a glimpse of the contents of the walk-in as she laughed and closed the door, conveying an unspoken acknowledgement: You’re here, it’s there, we’ve got this.

In 2014 I invited Stinson to curate a LxWxH box set—a selection of original artworks by two different artists and a literary project by a featured writer. Stinson gathered the work of photographer Doug Newman, multi-disciplinary artist Lindsey Apodaca, letterpress printer Lynda Sherman and poet Sarah Galvin, and described the set as a treatise on intimacy, tenderness and sincerity. Vignettes’ curation, like the artists it exhibits, consistently weaves a thread of gentility, sweetness and honesty through its work.

In 2015 Vignettes announced Violet Strays founder and artist Serrah Russell as its managing partner and launched an online artist platform called the Vignettes Collection. Last summer, Stinson and Russell started the Vignettes Marquee, a platform for text-based pieces, viewable to the public from Yale Avenue in front of the El Capitan apartments. One exhibition, Portrait of the Artist As A Young Sad, featured a projection and poem by Kim Selling addressing the issues of anxiety, depression, OCD and PTSD and the effects they take on her body. Another exhibition featured a five-day run of five short poems by CL Young on a small, backlit letterboard placed in the window of Stinson’s apartment.

The Marquee was inspired by Jenny Holzer’s Truisms, a project that ran from 1978–1987, featuring prominently placed text pieces in public domains such as subway platforms, storefronts, exterior walls and billboards. Capitalizing on advertising strategies by occupying the space where consumer goods are sold, Holzer transforms the “ad” into a realm of thought, quip or question for the viewer in the form of supposed truths and cliches. In a funny way, like Holzer’s works, the Marquee also displaces a saleable product—a gallery window, even four floors up, is still a window. In this space, artists instead take the opportunity to prompt questions, make statements, present poetry or convey a message. An alignment with Holzer is an alignment with tenderness—artists speak from the heart in order to provoke us to feel.

Beginning this month, Vignettes features a series of fall and winter exhibitions, re-opening Stinson’s home to the world. These events are special, in part because they still feel like a secret (albeit less so in 2016 than in 2011) and because they engender a forced intimacy with strangers. After a certain hour, Vignettes openings are elbow-to-elbow and it’s rare you don’t have some kind of conversation with the person next to you. It would take great effort not to—while most galleries have some corner where you can retreat from the crowds, Stinson’s apartment offers no hiding spot. The Vignettes platform itself is a catalyst for connectivity.

Artist and musician Adam Boehmer has referred to the work and the artists of Vignettes as an empathetic movement. I love that phrasing. But because of the broad range of perspectives Vignettes so carefully weaves together, not all of them being explicitly about empathy, but all of them explicitly tied to humanity; I think of Sierra Stinson’s words about that LxWxH box set two summers ago: They each carry a tenderness within their practice which is vulnerable, humorous and sincere.