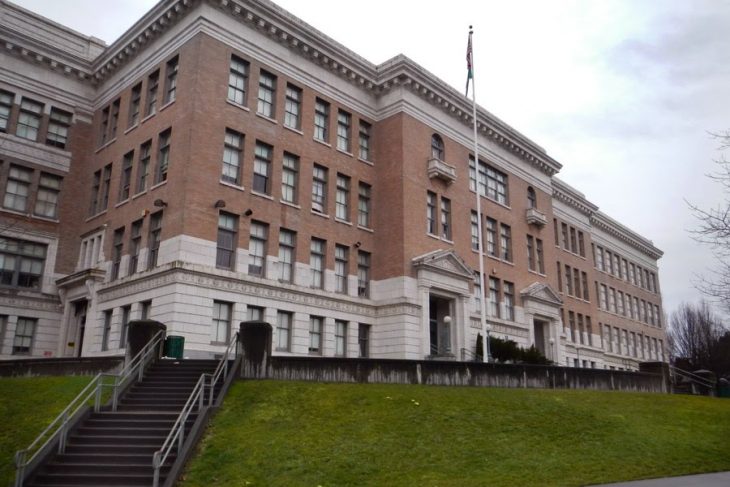 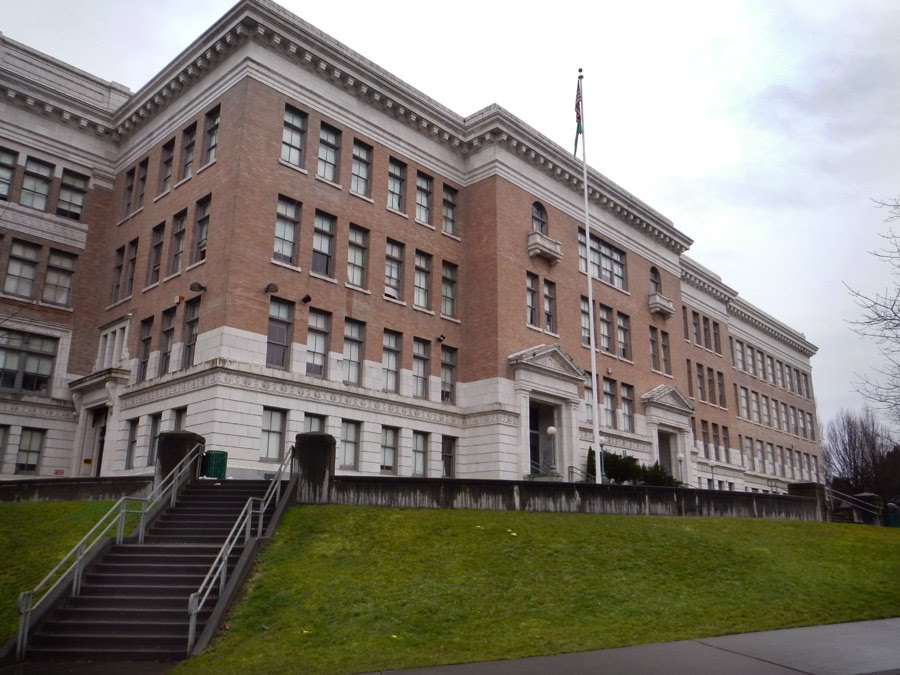 Standing center stage in the Franklin High School theatre in early May, sensory overload comes to me in surround sound. From my left, sounds of the high school cast rehearsing their upcoming production of The Wedding Singer musical drift in from an adjacent classroom. From my right, I hear instructions from professional lighting designer Robert Aguilar as he explains to a student, high up in a Genie lift, how to focus stage lights. “You want the light around my face,” Aguilar says, putting on sunglasses as the light hits him. “Great—now we want to start flooding it.”

Whining drills, the clank of metal on metal, the whooshing rip of fabric being cut—all around me, students are getting hands-on, often one-on-one instruction from industry professionals. In addition to lighting and electrical work, they’re building sets, creating props and pulling costumes from the over-stuffed costume closet, bursting with decades of accumulated garments.

For 11 weeks this spring, 20 students in the Mt. Baker high school worked with professional artisans to execute professional designs, guided by a professional technical director under the auspices of a new after-school technical theatre training program. The twice-weekly program is a collaboration between Intiman Theatre; Sawhorse Revolution, a nonprofit focused on youth empowerment through carpentry and craft; and the Western WA Theatrical Training Trust, the training arm of local union chapters of IATSE, the International Alliance of Theatrical Stage Employees. Together, these organizations aim to share their talents and skills with a diverse group of students, and in doing so increase access to and equity in behind-the-scenes theatre jobs. Construction can be a boys club, and technical theatre jobs, which require specialized hands-on experience that few kids have access to, are overwhelmingly white.

As many theatres, Intiman included, have been working to increase equitable representation onstage, the backstage aspect of theatre has been neglected. “It’s the fastest way to check the box, or appear as though you are,” Zeyl says, of the onstage equity increase, which is critical but incomplete. “In an industry that is in many ways superficial, sometimes the actual work can be done superficially.”

Sawhorse Revolution began as all-volunteer summer camp to teach teens carpentry and design through community-focused projects—today, a large part of their programming focuses on building tiny houses for Seattle’s homeless. Sawhorse program director Sarah Smith, who co-directs the after-school program with Zeyl and is overseeing the build for Wedding Singer, lights up when talking about connecting students with practical skills.

“At Sawhorse our general approach is not only about opening up jobs,” Smith says. “In the same way an afterschool program might get you into soccer—most people aren’t gonna become professional soccer players, but we all know it’s good for you anyway. It’s teamwork and athleticism. Sawhorse has athleticism, design and artistry, which are good for you anyway, but it also has this extra job piece, where you’re connected to professionals and can take it to the next step.”

Like many creative endeavors among Seattleites, it’s hard to say who first had the idea for this program and when, because the major players are connected in many ways. Sawhorse first hooked up with Franklin through a cold call and with the help of shop teacher Mike Lawson; Zeyl was looped in through her friend and FHS art teacher Jed Dunkerley. Meetings between Intiman, Sawhorse and IATSE officially began in 2015, and things finally fell into place (read: everyone’s budgets and schedules) this year, with enthusiastic support from Franklin drama teacher Sara Call.

Year one has been a rewarding slog, but many of the big tasks—cleaning the lighting grid, organizing the costume shop (a herculean effort by K.D. Schill)—only need doing once. All grades are represented, so Zeyl and Smith are hoping for a lot of repeat participants, to build internal institutional knowledge. Smith says she’s floored by the increase in construction ability among the students, even since the beginning of the program. The growth potential, both for the program and its participants, is impressive, and Zeyl has already been contacted by theatres around town eager to find qualified students for paid work.