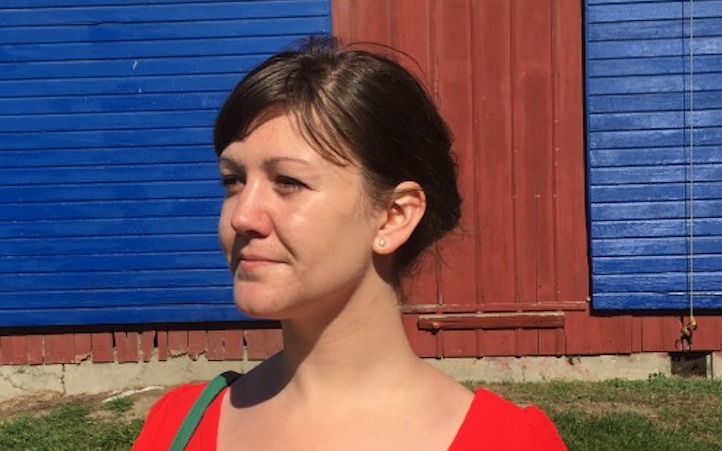 Tara Atkinson is probably best known as a co-founder of APRIL, Seattle’s independent festival of literature, which she co-created with her friend, fiction writer Willie Fitzgerald. During its five-year run, APRIL paired writers with drag queens and other non-traditional literary performers and expanded the definition of what a literary reading could be.

But Atkinson, dubbed “The Literata” by this magazine in 2012, is not only a passionate promoter of literature—she’s also an accomplished author herself. Her writing has appeared in print journals like The Iowa Review and in online publications including Fanzine and HTML Giant. Last year, she published Boyfriends, a short e-book that depicts several years in the life of a young, unnamed woman. Boyfriends was written and published before the #MeToo moment but it deals with many of the same themes: toxic masculinity, sexual assault and female dissatisfaction with the contemporary state of gender relations as a whole. Atkinson and I corresponded over e-mail last week. 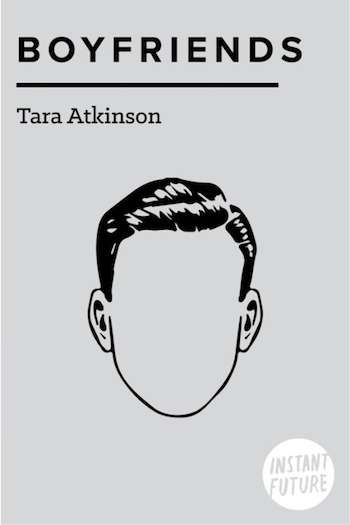 Boyfriends chronicles the romantic misadventures of a young woman moving through high school, college and post-college. Her encounters with men range from poor to overtly misogynistic. Is this story in conversation with the cultural moment that we’re having now?
I definitely see how parts of Boyfriends are resonant with larger conversations about how women are treated, but at the time I was writing it, those conversations were not so loud. It’s a short book, but even so, there was a lot of time between writing and publication. I remember sitting down to work on it just after Ferguson, and thinking that it was a very [culturally] irrelevant book. Reflecting on that has been a good reminder to me that everything that has a cultural moment was going on before it [has its] moment. When I pitched it to my editor, I called it a story about a girl who wants friends but keeps getting boyfriends instead. It is a story about that, but it’s taken on a life beyond that, too.

Stylistically, it reminded me of the work of Mary Miller, a writer who also depicts mainly female perspectives through the use of compressed forms. I know that you invited Mary to Seattle to read for APRIL a few years ago. Do you think in terms of influences?
Yes, I love Mary Miller! I feel lucky we were able to bring her out for APRIL. [Her story collection] Big World was a huge influence on me. I loved it so much, I carried it around with me to read everywhere I went and wrote all over the blank spaces of the cover and title page with my own story scraps and diary stuff. Reading that book was one of those rare moments where you find something that you didn’t know you were looking for.

I had a similar moment reading Jane Smiley’s The Age of Grief. The first story in that book is called “The Pleasure of Her Company,” and when I re-read that story a few months ago, I saw how much its depiction of female friendship had [influenced] my vision for Boyfriends. Chloe Caldwell’s short book, Women, was hugely instructional to me on how to approach a shorter narrative and the way length can pull a reader closer. Margo Jefferson’s memoir Negroland helped me a lot to think of ways to write about childhood and home life.

You said earlier that Boyfriends is about “a girl who wants friends but keeps getting boyfriends instead.” Can you talk more about that?
I was thinking a lot about friendship when I was writing the book, or really more about longing for deep connection. That first broken relationship with [the protagonist’s] best friend was the catalyst for the whole story to me. I thought about the beginning of Lolita, where Humbert Humbert describes a first love he had as a child, who died, and the longing to have that person back.

I also thought a lot about the way relationships filter through identity markers, especially during young adulthood. Her best friend dumps her because her boyfriend doesn’t have the right friends, then her high school boyfriend isn’t right when she gets to college. A lot of narratives are about a search for identity, but this character can’t even read identity well enough to look for it. So she doesn’t get a name, which is something some people hate but I can’t seem to stop doing.

I noticed that she didn’t have a name, but I didn’t connect that to her lack of identity. The character has a passivity, particularly when she’s younger, that I associate with a lack of clear identity. When she’s treated poorly by men, that passivity had the effect of turning the judgment back onto the reader. Since we’re not always sure how she feels about the encounter, I have to decide how I feel independently of her. Does that make sense?
Definitely. I did intentionally write with a lot of distance. There’s very little access to her interiority, which amplifies the sense of her passivity. I think admitting that I don’t know the main character’s emotions runs contrary to a lot of writing advice, but I write that way a lot. I wish I could say that I have a thrilling critical thesis I’m trying to advance, but honestly it was just what it was possible for me to write—that was the only way I could write about these things.

My husband is a painter, and I envy the way visual art invites interpretation from the viewer; people are very used to approaching a painting and bringing their own meaning and stories to it. I’ve written mostly passive characters because I’m a passive person myself. It goes against a lot of writing advice, but I think I’ll keep trying to dramatize passivity, maybe a little selfishly.