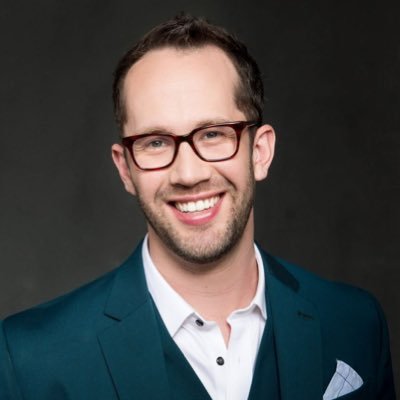 The talkback is an interesting theatrical phenomenon: a post-show sit-down between artists and audience, theoretically an exchange of ideas and experience, more often an exercise in stating the obvious. Done well, it can be a useful part of a new show’s development, and in mid-August, at Village Theatre’s annual Festival of New Musicals, newly appointed associate artistic director Brandon Ivie did it very well. There were readings of five different new musicals, and after each show Ivie led the creators and audience in a round of artist/choreographer Liz Lerman’s famous Critical Response Process, a talkback model with specific questions designed to elicit constructive feedback from an audience and eliminate extraneous, unfocused opinion.

We followed up with Ivie about the results, his first time running the Festival, the new Beta Series debuting at Village later this year, when reviews should be allowed and what the musical development process really needs.

With a little distance from the Festival, what worked and what didn’t?
Anyone at the Festival would probably say that the biggest change, as far as format goes, was that we have a vastly different talkback. That’s the most obvious shift and improvement.

What was the format in previous years?
It was a much less specific way of going about it, much more Where did the show come from? Why did you write it? What was it like rehearsing a show in 29 hours? There was much less structure and fewer goals associated with the talkback. It was a more audience-centric situation, and the goal of this new version is to make it an artist-centric experience, so it’s feedback that will actually be useful to the writers, rather than like, well if I was writing this musical, I would do this!

How did longtime subscribers take to this super-targeted model?
I was scared that our audience was going to revolt, because they’re so used to saying, “I think you should do this, and cut this, and blah blah blah.” At the very first talkback, I explained how it was all going to work, asked the first question and it was just…crickets. And I was like, oh god, I’m fucked, we’re all fucked, and everything is terrible. But after figuring out how it worked, these ended up being the most active talkbacks I’ve ever seen at Village. Everyone was really pleased because you can tell what information is actually going to be usable and how that information is useful to an artist, whereas when people are just giving blind opinions it’s easy to roll your eyes at something you completely disagree with or is obviously not useful to the writer. My opinion about the whole talkback situation is that it’s less about what the audience thinks is working about the show and more about the artist’s intent, and if the audience is experiencing the show the way the artist wants them to experience it.

Next is the new Beta Series. What is it and why do we need it?
Well, the basics are that it’s three developmental productions of shows that are somewhere in our Village pipeline. It’s essentially a full production—as far as production value, it’s not the biggest for us, but much larger than a fringe show or even a mid-size theatre. It includes two weeks of rehearsal, a week of tech, and, what I think are the most important parts, two weeks of working previews, where you get four or five hours a day to rehearse changes for that evening’s performance, and then another week of frozen performance, when no more changes are being made and you can just sit back and watch. And it’s all in front of a paying audience, but with no critical response, and also we don’t call them “world premieres” so these shows can still have world premiere productions later.

Why no reviews?
Because the whole point of this is to try and to fail, and knowing that a critical, public response is coming greatly limits an artist’s desire to try things. Because we’re not intending this to be a world premiere, we’re not giving it as much rehearsal or tech time or budget, so the entire point is to take shows that we think are almost ready for that full, giant world-premiere production, but to actually get them up on their feet and give them their tryout before they actually have to give birth to their true, world-premiere production.

In the developmental process, when is critical feedback useful? People used to flee New York to do an out-of-town tryout to avoid the press, but you can’t really do that anymore.
And this is sort of an attempt at that! I don’t want my artists to be too scared to try something at the 11th hour—if there’s some huge, cool change they think of at the last minute, and the next day critics are going to come see it, they’re not going to want to take that risk. I want them to feel as empowered as possible to be as bold as they can be in their process, without the fear of someone coming in and labelling the show “not ready” or something, when we’re like yeah, we know, of course it’s not ready.

Some new plays seem to get stuck in this development whirlpool where it’s workshop after workshop after workshop, and no one actually produces the damn thing. Does the new musical world have the same problem? Is there such a thing as too many workshops?
Yes, totally, and that’s another part of what this is trying to solve. There are so many shows that just get reading after reading after reading, and a lot of times people are just like, hmmm, I don’t know if it’s ready, and this is like, well let’s see if it’s ready. Let’s put it up and actually see if we can do it.

A show can get mired down in, it’s good, but it has some things to work on. If you ask an audience, “Do you have any notes on West Side Story?” someone has a note on West Side Story. Pick any musical in the history of musicals, and someone will have a problem with something in the show. You can nitpick forever. So this is us putting our money where our mouth is and giving artists a program that doesn’t exist anywhere else right now.