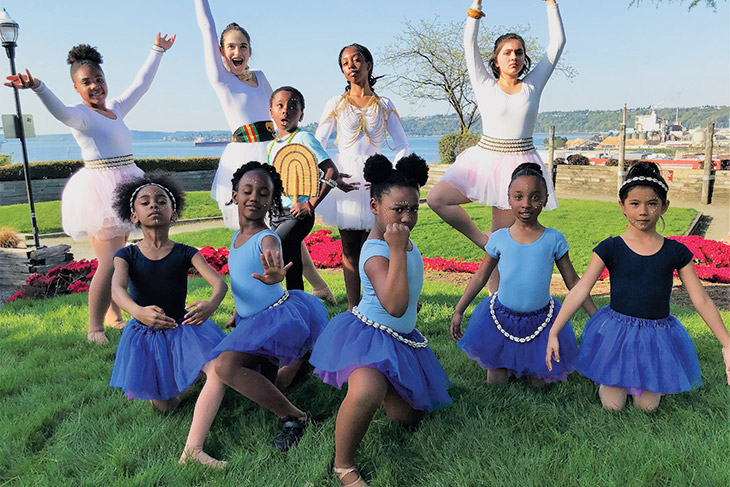 Tacoma Little Theatre traces its roots back to 1918, when arts-minded community members founded the Tacoma Chapter of the Drama League of America, an umbrella organization comprising the Civic Drama School and the Tacoma Little Theatre. With a few understandable exceptions (the Great Depression, World War II) TLT has operated more-or-less continuously ever since. The company’s next production, Larry Shue’s 1984 comedy The Foreigner, opens Sept. 14.

Dukesbay Theater, founded by Tacoma theatre artists Randy Clark and Aya Hashiguchi Clark in 2011, makes its home in Merlino Art Center. As part of its mission to support a diverse roster of artists, Dukesbay is a producer of its own work and a rental venue, providing space to catalyze the growth of Tacoma’s independent and fringe theatre companies. Next up, Dukesbay presents Yohen by Philip Kan Gotanda, opening Oct. 19.

Tacoma Musical Playhouse lays claim to the honorific “largest community theatre in the Pacific Northwest,” and while we can’t confirm or deny that fact, there’s plenty to back it up. In addition to a full six-show season, TMP also produces its TMP family season, made up of programming appropriate for kids. Disney’s Newsies, which opens Sept. 14, kicks off the company’s 2018–19 mainstage offerings.

You can’t talk about arts venues in Tacoma without talking about granddaddy arts organization Broadway Center for the Performing Arts, a multi-venue producer and presenter of touring works and locally made shows alike. BCPA’s impressive list of venues comprises Theatre on the Square, the Rialto Theater, Tacoma Armory and the Pantages Theater, which celebrates its 100th birthday this season and reopens in November after an extensive renovation. On BCPA’s calendar you can find nationally touring comedians, musicians, musicals, exhibitions and more, as well as productions by resident arts organizations including Northwest Sinfonietta, Tacoma City Ballet and Tacoma Opera.