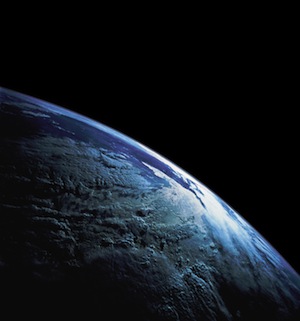 The Seattle Symphony’s program of Holst’s The Planets with visuals from NASA is virtually sold out, all three nights. Should it be reprogrammed now for a year from now, I imagine it would immediately sell out again. I’d go again in a heartbeat along, I’m sure, with the rest of the audience.

I was thrilled and awed Thursday night by the magnificent images from NASA, The Jet Propulsion Laboratory and other space agencies projected on a big screen above the musicians at Benaroya Hall, the orchestra performing under it with desklights.

It’s astonishing to realize that when British composer Gustave Holst composed his musical images of each individual planet between 1914 and 1916, there were no photos, no space voyages, no closeups, only what he could see through a telescope. He was influenced instead by the planets’ astrological signs and their meaning. Yet the music matches the images, or maybe it’s the other way around, in uncannily appropriate fashion.

Perhaps the most exciting was the first: Mars: The Bringer of War, the planet we know most about. The music is martial and intensifying, inevitable, with clashing metallic chords. The images had the planet slowly coming closer from an orb in a star-spangled sky to filling the screen as though we were flying close above it with a golden desert landscape of mountain ridges and valleys. This changed to colorful images of craters, patches of what looked like snow, and side-by-side images of different areas in designs like paisley or spiderwebs, flat or potholed, rocky with cliffs. Then came the excitement of seeing the Mars Rover descending, extending feet and alighting from its parachute, unfolding its various parts and trundling away on six wheels like an ungainly creature.

The music for each planet is very individual. So are the images. Venus first appears like a smoothly striated marble becoming multicolored as we close in to see lines all over like bundles of neurons, then a rolling landscape with solo mountains, matched by the solo horn in the serene music. Mercury is a nubbly ball at a distance becoming a ruggedly rough surface, with a sense of winged feet and soft hurry-scurry in the music. 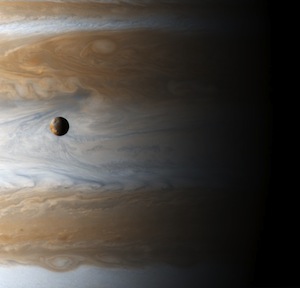 Jupiter is loud, vibrant and big, with elements of folksong in the music and one melody well known to the British, the patriotic anthem “I vow to thee, my country,” which Holst adapted from Jupiter’s music after World War I. Images match with swirls of color and parts that look like stained tissue samples seen under a microscope. Saturn’s rings look like the riffled edges of book pages and eventually all one can see are the rings in gray and white, the music sounding like dreamy solar wind at times and giant treads at another. Holst gives Uranus, the bluish-green planet so far away it takes 84 years to orbit the sun once, jerky, quirky music both lively and hefty, while Neptune, soft blue with a mottled surface gets a distant choir of women’s voices singing atonally and unaccompanied and finally dying away into the stratosphere.

The whole is a marvelous match up of modern technology and an almost century-old musical concept. Seattle Symphony music director Ludovic Morlot easily kept the orchestra in sync with the images, more difficult than accompanying a movie as there is little concrete in the images where he could hook musical sections. The brass in particular accomplished their big role extremely well. The concert began with two works also associated with space, Ligeti’s short Atmospheres, a work without edges and sounds like eerie winds and penetrating whistles, and Richard Strauss’s Thus Spake Zarathustra, quite different in its expansive richness, but somehow with moments of the same eerieness. Both works are familiar from use in the movie 2001: A Space Odyssey.

The entire concert was a triumph of imagination brought to reality, well-played by the musicians and with masterfully planned imagery from NASA and colleague agencies.