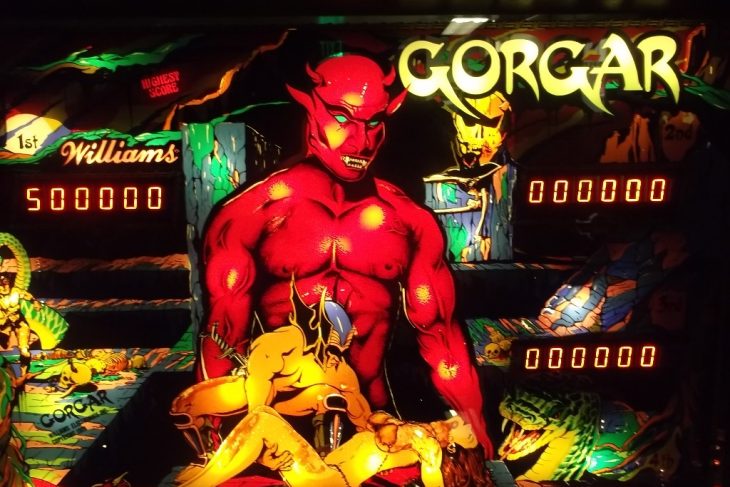 A look at some of the most unusual mainstream conservative notions.

It’s been a rough year for facts. Our public discourse has entered a twilight of long shadows, with billionaires buying up media outlets and shutting them down out of spite and waging covert legal wars to bankrupt websites and commandeering legacy print publications to raise a propaganda army in support of their leader. Truthers, Flat Earthers and Bothsidesists run rampant across the political landscape. In the great marketplace of ideas, more and more Americans are shopping from the clearance rack for the epistemological equivalent of expired beef jerky.

Just in the past week, Republican political leaders have insisted that Roy Moore is a man of integrity and not a child predator, poor people blow all their money on “booze or movies or women,” and tax cuts for the wealthy create economic growth. Survey after survey reveals the GOP faithful refusing to believe some of the most fundamental concepts of consensual reality—for example, that evolution and climate change are real or that colleges are good for America.

I decided to look into some of the other highly unusual but increasingly mainstream beliefs held by conservatives, and I was stunned by what I found. Here are three of the most surprising notions held by a majority of Republicans.

Gorgar, the demon from the first “talking” pinball machine, is running a write-in campaign for California governor in 2018.
This muscular, crimson-skinned devil was introduced to American arcades in 1979. Now a growing number of alt-right activists and evangelicals claim he’s been “born again” and plans to enter the race for governor of the Golden State. Critics point out that Gorgar’s speech-synthesis circuit allows him to utter a total of seven words (“Gorgar,” “speaks,” “beat,” “you,” “me,” “hurt,” “got”) or combinations thereof (“Gorgar beat you,” “You got hurt”) which would leave him unqualified for the demands of public office. Supporters insist that his limited vocabulary would be sufficient to enact the GOP agenda in Sacramento. They also maintain that his heartbeat sound effect, which speeds up or slows down in response to the level of game play, demonstrates his corporeal autonomy and also his commitment to protecting the unborn.

Debunking it: Gorgar is a fictional character from a pinball game and not a US citizen who can run for governor, even as a write-in.

Eating coal ash is good for you.
Of all the demonstrably false assertions we found bouncing around conservative media, this one is the most pernicious. I hesitated to include it out of fear of inadvertently propagating a potentially fatal untruth. You should never eat coal ash. It is toxic and contains arsenic, mercury, lead and a half dozen other heavy metals. It can cause kidney and lung disease, hearing loss, ulcers, swelling of the brain and many other painful ailments.

Possible origin: I tracked this one back to its source, a children’s’ book titled “I Love Coal!” distributed by the Happy Healthy Kids Day Care chain in West Virginia, a subsidiary of Koch Industries. In the book, Jimmy and Darla extol the many virtues and uses of “clean coal” and make a mud pie out of coal ash to feed their baby brother, Daryl. Responding to a local uproar over the book by concerned parents, Sean Hannity proudly proclaimed on his radio show, “I often enjoy a nice cool glass of coal ash and seltzer to wind down after a long day, and you should too!”

Debunking it: Ask any doctor or environmental epidemiologist: Coal ash is very, very bad for you.

Antifa wizards are having astral sex on Confederate monuments.
This one seems laughable but it’s caused quite a stir in white nationalist circles, where it’s believed that masked leftists have harnessed the power of out-of-body projection to defile Civil War memorials by copulating on them. In response, the alt-right has put forth a concerted effort to “take back the astral plane” and Theosophical Societies across the country have been deluged with initiation requests from militia members and other far-right devotees. A recent ad for “Second Sight Goggles” on Breitbart promised the wearer the ability to “witness for yourself the outrages being perpetrated on our noble heritage” for just $499.

Possible origin: It’s believed that this rumor started as a joke post on the Charlottesville Craigslist Casual Encounters, where it was picked up by /r/Conservative and, eventually, the entire right-wing media. Fox & Friends devoted three segments to it.

Debunking it: Despite millennia-old spiritual practices in numerous religious traditions around the globe, the existence of an astral plane has never been definitively proven by science.