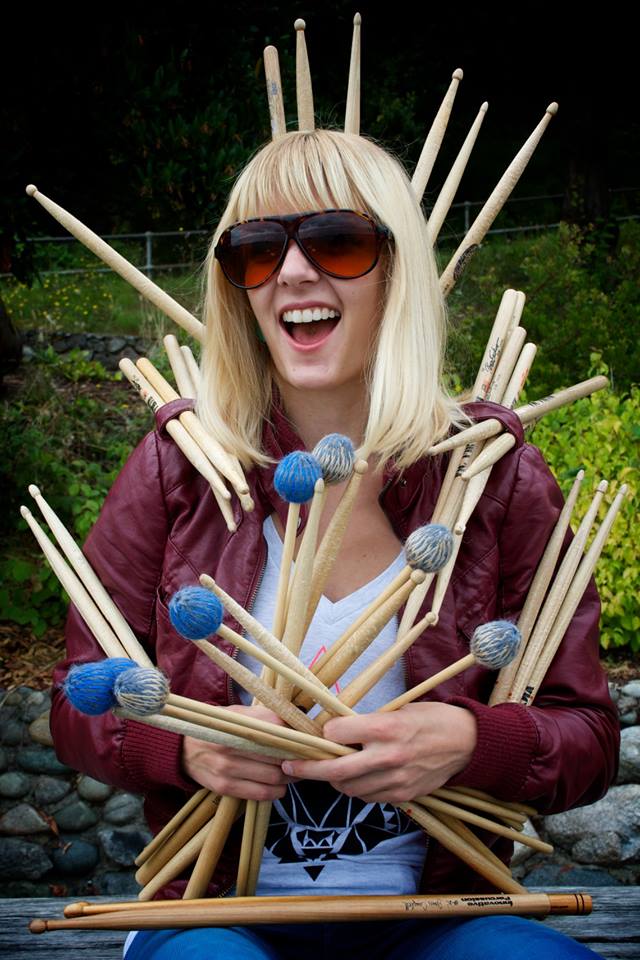 It’s one of the first sunny days of the Seattle summer at Caffe Vita on Pike. The large windows are cranked open and colorful people pass on the sidewalk. There’s a man with a shaved Mohawk and a tiny Shih Tzu, two women in matching floral sundresses and sandals and eventually, inevitably, a 20-something in a ratty Misfits tee that leans through the window to say hello to musician Heather Thomas, sitting across from me. As he walks on, we agree: This spot is a hub for creative people. “I usually see people I know here,” she says while playing with her auburn fringe and letting out an infectious laugh. The group at a neighboring table looks over and smiles.

Capitol Hill isn’t the only place Thomas attracts attention. When Mary Lambert, of Macklemore “Same Love” fame, performed live on Good Morning America on April 27, her captivating drummer was impossible to ignore. With stick twirls and a smile wide as the stage, the camera loved Thomas. “It was such a moment! I got to twirl my sticks on T.V.,” Thomas says. “Junior high me is like yeah!”

Thomas has played drums for a host of Northwest favorites, including Lambert, Hollis Wong-Wear, Susy Sun and Scarlet Parke. This month she emerges into the spotlight on her own for the first time, releasing an EP of all original songs, People in Places.

Thomas grew up in Puyallup, WA, going to her dad’s church-band rehearsals. One night, when the lead singer couldn’t nail the shaker part on a particular song, 13-year old Thomas gave it a try. From there, she joined the youth group band at their church and learned from her dad, who also played the drums.

“I was good at [percussion] early on,” Thomas says. “I mean, I started tap dancing when I was like 7.  I already had rhythm.”

Playing in church allowed Thomas to nurture her love of live performance. “It was a great place to learn how to be part of group and not necessarily be the focus,” she says. And though she wasn’t at the center of the band, Thomas got a lot of attention as a young female drummer.

“I kind of by default was a focus—just a little chick on the drums. In general I receive a lot of attention because people don’t expect a chick drummer to be good. Which is lame, but it’s what you’re up against.” But if it weren’t for a little institutionalized sexism Thomas wouldn’t have caught the attention of Tom Hanks on tour at L.A.’s Greek Theater with Lambert in 2015.

With People in Places, Thomas is striving to be the focus in a more intentional way.

“I always thought I’d make a good lead singer. I thought I’d be good in front of a band. I’d resigned myself to not doing that and thinking I’m a drummer. But I can do just about anything.  If I want to do it I just go after it.” 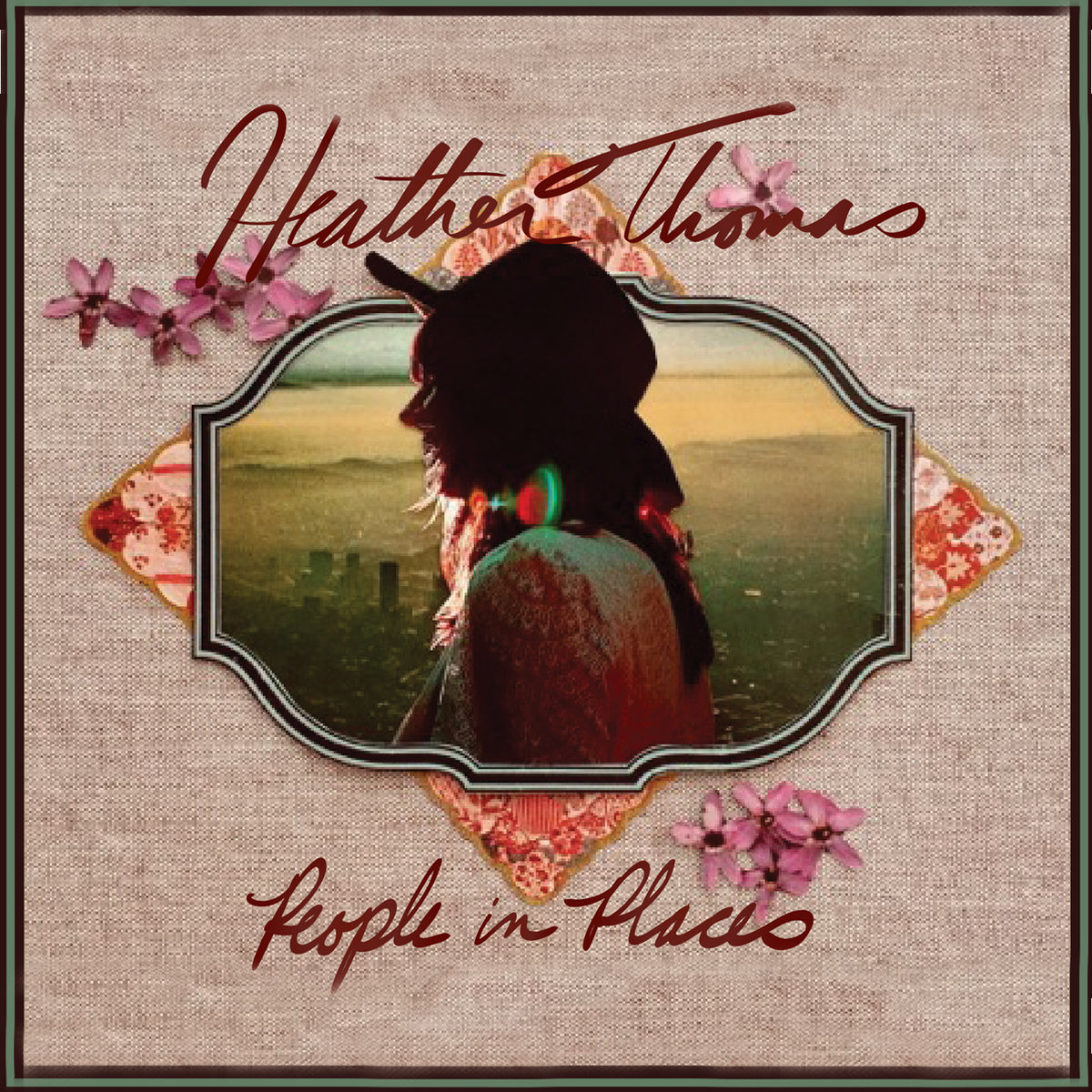 Thomas learned to write songs on her ukulele towards the end of 2013, and the six songs on People in Places are her first batch of original compositions. “I worked on them until they were good enough to share,” she says.

As the title implies, People in Places is stimulated by Thomas’s passion for adventure: she loves the chance to travel that touring affords her and is inspired by unexpected experiences on the road.

She wrote lead single “Leanna” while driving through Nevada in the back of Lambert’s tour bus, watching the desert fly by as she strummed her ukulele. Suddenly she stumbled upon a chord progression she’d never heard before and lyrics followed. “Carolina” went similarly, after a trip to Raleigh she had planned with Lambert fell through. Thomas had wanted to write music in the Appalachian forest, but instead the song was born in her Seattle living room. She sings, “I don’t want to live here my whole life, that’s the first time I’ve ever felt that way/But if I die alone here years from now, they’ll assume I’ve found my place.”

“Leanna” sounds like a young Stevie Nicks singing over the steadfast pulse of a jug band, far from the emotional pop she plays with Lambert and the psychedelic rock she sings as part of the local band General Mojo’s. Despite the variation, each track on People has a specific flavor that delineates it from the last. Overall, the album generates that Pacific Northwest moodiness—a nuanced contrast to Thomas’ consistently sunny mood.

“I grew up with the rain and the beautiful sunny summers,” she says. “I know that the rain’s not all the time.”

Heather Thomas celebrates the release of People in Places June 15 at the Tractor Tavern.