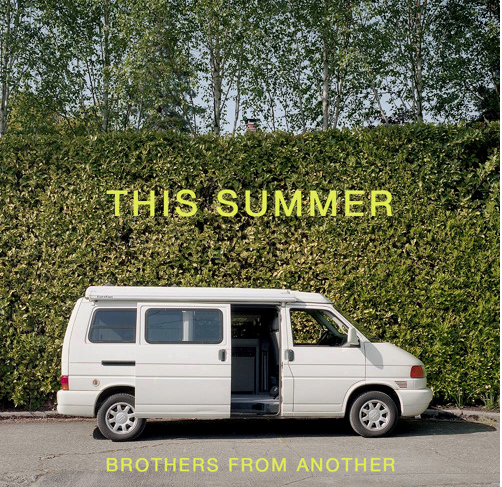 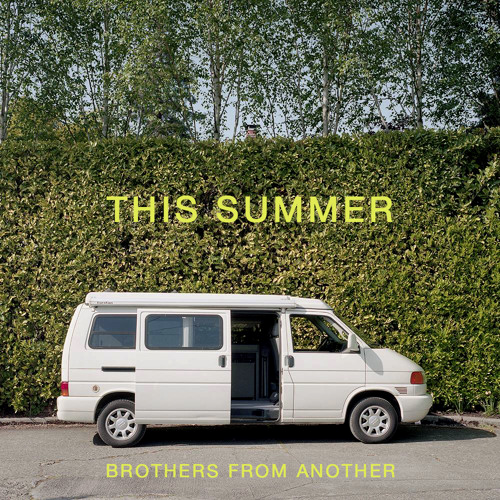 This Summer arrived about a week after my Southern California vacation ended, but the optimistic grooves of Brothers From Another’s debut album were enough to transport me—mentally at least—back to the perfect weather I left behind. So goes the power of Seattle’s feel-good rap record of the year and the nurturing effects of the eponymous season. This Summer feels preordained considering the exceptional run of weather Seattle has been experiencing. Through BFA’s eyes, everything looks bright in the Town.

The trio’s work has always trended positive. Their 2009 debut EP, Roots Seeds Stems, was a mellow glimpse into the lives of three adolescents weaned on Golden Era hip-hop, specifically A Tribe Called Quest. Rappers Isaiah and Cole and DJ Beeba fit Quest’s makeup in personnel, which immediately endeared them to classically minded hip-hop fans. The group’s rise since then coincided with the national rap scene’s re-obsession with early- to mid-’90s hip-hop. Over the course of five subsequent EPs, BFA moved in its own direction, adhering to a well-crafted lane involving lives of intense leisure and self-aware cracks on the pitfalls brought about by the pursuit of pleasure. Broken hearts and empty wallets are the price generally paid.

This Summer paints Seattle in utopian hues. Musically, the album is stubbornly pleasant, rarely moving beyond a midtempo pace and always pushed forward thanks to production by Nima Skeemz, the man responsible for much of the recent work by Sol, who appears here along with Sam Lachow on “Hanging Out.” Album opener “Funk With Us” sets the tone with an addictive bounce and perfectly placed electric guitar solo by Elan Wright, another member of Sol’s production team. “You the third rock from the sun / That make you the world,” Cole winks at an unnamed target of affection in his opening verse. For the first time, Isaiah and Cole’s flows arrive fully formed; both rap in a playful lilt that suggests they’re grinning through their vocal deliveries. Self-explanatory tracks like “Day Drink” and “Blame it on My Youth” never tread into deep lyrical territory, but BFA’s chemistry and commitment to ensuring good times is infectious.

BFA remains unencumbered by recent failings in American society and they stay mum on the events in Ferguson, Staten Island, Baltimore, Charleston, Houston. That’s not an indictment on their artistry; it’s just a matter of this group’s preference. If anything, the very existence of BFA is exemplary: This is a multi-racial team of young men in their mid-20s sharing what could be described as an open bromance through art. “I don’t use the N-word when I write songs / So my, huh, n*gga Cole can rap along,” Isaiah raps on party-starter “Bootylicious.” It’s a wonderfully simple line that acknowledges the implications of race in hip-hop and a way of recognizing the space we all need to make for each other.

There’s no veering from R&R on This Summer, but BFA injects honest moments into the celebratory mood. “I got afraid of feeling the repercussions / Of having a platform and not really saying nothing,” Isaiah laments on album closer “One More Time.” BFA proves to be the life of the party in this summer of Seattle rap, but they’re also interested in the deep conversation going down after most folks have gone home for the night.