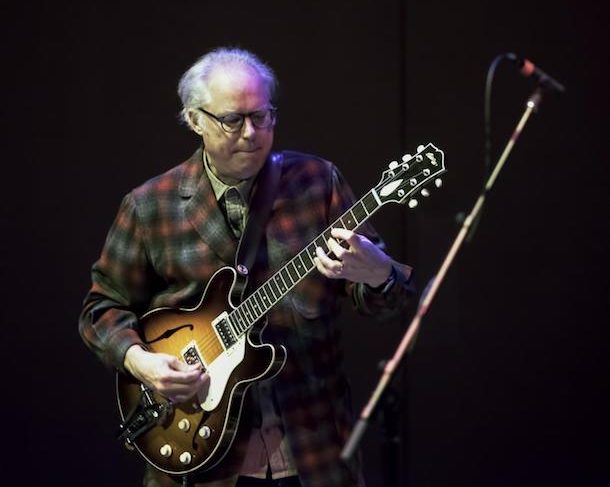 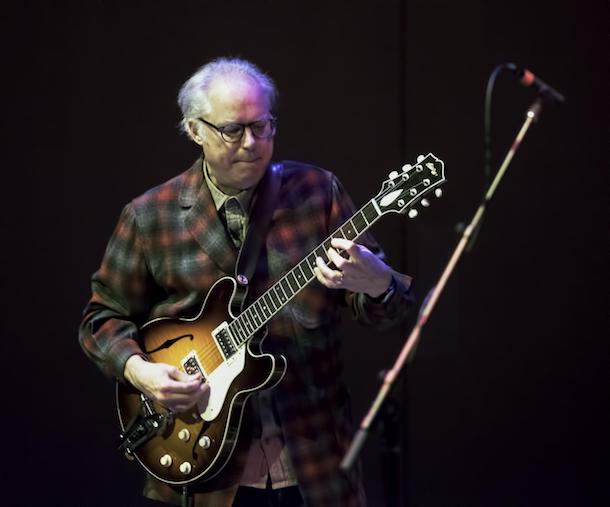 Nice guys usually finish last when it comes to music documentaries. If it’s not a straight-up concert film, your typical entry into the subgenre focuses on crackpot eccentrics and enfants terrible—the mad geniuses and hedonistic loose cannons fueling the vicarious, high-wire rock ‘n’ roll fantasies (and, conversely, nightmares) cherished by the world at large.

So right out of the gate, director Emma Franz faces an indisputable challenge with Bill Frisell, A Portrait, her examination of Seattle-based guitar polyglot Bill Frisell playing SIFF this Sunday (and the following Tuesday). What if your subject is just a genuinely nice guy who makes amazing music with amazing virtuosity, without skewing to those showy stereotypes? Franz faces this dilemma by placing the emphasis largely on testimonies to that amazing music, with ample demonstrations of that virtuosity on display.

Frisell, for the uninitiated, has been playing guitar for 40 years, has recorded over three dozen of his own records, and contributed session work to literally dozens more. He’s primarily known as a jazz musician, but you’ve likely heard his work at some point even if you don’t know Miles Davis from Miley Cyrus. He’s collaborated with rock musicians (Lou Reed, Elvis Costello, Marianne Faithful, Sting, and others) and filmmakers (Gus Van Sant, Bill Morrison), as well as a dauntingly long laundry list of great jazz players.

His ability to shift so much sonically explains why he’s hopscotched across so many projects so adroitly. Stylistically, he floats all over the map, voraciously absorbing and reconfiguring elements of jazz, pop, Americana, country, classical and even punk. Jazz pianist Jason Moran describes Frisell’s malleable style in one interview as “a different kind of shredding,” in which texture wins out over empty technique. Between the on-camera testimonials laid down by Frisell’s many peers (Paul Simon and Bonnie Raitt join a galaxy of modern jazz musicians to offer huzzahs and love), Franz captures plenty of that alternate shredding. Extended passages of Frisell playing with his current trio, with his former teacher/six-string mentor Jim Hall, and with the pile-driving speedball punk of the hardcore-informed band Naked City, should be enough to put Frisell fanatics in Hog Heaven.

How this will play to the unconverted is another story. In the tradition of a lot of improv jazz, Bill Frisell, A Portrait runs a little long, at just under two hours. It also occasionally wanders off on tangents that don’t illuminate, with Frisell’s relatively low-key and quiet nature contributing to some of that diffusion. But the musical footage is undeniably fascinating (Frisell’s live music really does grow and morph in compelling fashion). And Franz dovetails the film’s opening rehearsals of Frisell’s orchestral collaboration with composer/arranger (and another former teacher of Frisell’s) Michael Gibbs nicely as the finished product plays out towards her film’s close.

Frisell’s obvious unease with talking in any great length about his art betrays the signature of a man who’s way more comfortable expressing himself with his art than with words. It makes sense that one of the movie’s most absorbing passages involves Frisell hanging out with Jim Woodring, the brilliant cartoonist whose animated work has been backed by the guitarist and his trio live. There’s a genuine sweetness witnessing these two quiet, nice, prodigiously talented guys bonding like two awkward creative kids in their own secret clubhouse.

“It’d be a shame to muddy up what you do with a bunch of words,” Woodring remarks at one point about Frisell’s music. Despite—and at certain points, because of—its faults, Bill Frisell, A Portrait makes a strong case for that statement.

Bill Frisell, a Portrait plays the Seattle International Film Festival May 21 and May 23. Tickets are available at www.siff.net.