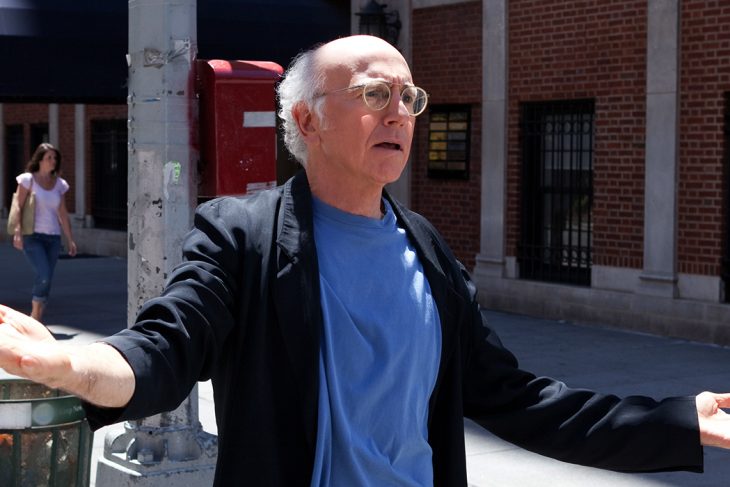 The Anti-Snowflake Brigade is right about one thing: People are definitely more sensitive lately. But where they think it’s because the liberal contagion of “political correctness” has made everyone into a bunch of crybabies, I say the reason is much more obvious: Our culture is totally toxic.

It’s nearly impossible to get through a day without encountering something that triggers or traumatizes, whether it’s reports of celebrity sexual assault or brazen presidential racism and nuclear brinksmanship or raging natural disasters or athletes quietly kneeling for the National Anthem. This year has something to rattle everyone.

There aren’t enough safe spaces in the country to shield us from the maelstrom of shit we’ve wrought. Because I’m exhausted and outraged by our noxious culture daily, I have little patience for button-pushing comedy. We might be witnessing the actual end of the world, so if you’re going to use your comedy to take a jab at something, it better be yourself or some other deserving target, of which we have plenty to choose from.

Reality is far too damaging to permit elective antagonism in entertainment, which is why I’m amazed at how much I love Curb Your Enthusiasm, recently returned after a six-year hiatus. Lately nothing makes me laugh harder than Larry David blundering through life being just the worst at every turn. In the first few episodes of the current season he tangles with disability, sex work, butch/femme identity, Black slang and radical Islam. It’s a parade of scenarios ripe for button pushing; basically a list of topics people claim “you’re not allowed to talk about in comedy anymore.” And yet somehow Curb mines this tense terrain for cringe hilarity that’d be more problematic in less capable hands.

David’s character—a straight, wealthy, aging Jewish man—is rude, argumentative, irritating and shallow. He can always be counted on to say or do the wrong thing. The sublime certainty of his eternal wrongness is the engine of the show. The impossibility of personal growth is the vacuum at its heart, pulling you in. When Larry gets in an argument with his butch hairdresser over whether she’s a “bride” or a “groom” type, we share her indignation (but admit that he kinda has a point). When Susie Essman screams at Larry for his latest misdeed, we partake in her catharsis. In the end, the joke is always on Larry. He’s the perfect foil in a world fed up with self-indulgent rich white men. (Julia Louis-Dreyfus masters the same feat but for vacuous DC politicians as Selina Meyer on Veep.)

When people say “It’s open season on white men,” they’re right—and it’s hilarious! Curb is one of the funniest comedies on tv. Then again, I’m a straight white guy who no doubt lacks some of the sensitivities of other types of people portrayed on the show. For example, in recent episodes I’ve been fascinated by Larry’s relationship with his Black friend Leon, a freeloading, foul-mouthed surrogate nephew who lives in the guest house, played by JB Smoove. I recently saw their strange symbiosis described on Twitter as “the best relationship on television.” It’s a knucklehead bromance in which Leon freeloads off Larry, who in turn leans on Leon for Black cred.

I can’t assume my whiteguy tastes are universal—that’s kinda what the whole discussion around representation is about—so I asked local comic Anthony Robinson what he thought about their friendship. Robinson is a Black man and a perceptive comic who talks about racism and Blackness in his act. I showed him a clip in which Leon schools Larry on the term “lampin’” and promises to warn him if he’s doing anything that could be considered “uncool” by “the black community.”

Robinson is very familiar with the dynamic of being called upon as a reference on Black culture from white guys. He says he’s been asked everything from “What’s a trap?” to “Do Black girls put out more?”

“I laugh at a lot of the scenes between Larry and Leon because I like how Leon will twist the situation in his favor on some Bugs Bunny shit,” Robinson says. “I think whenever Leon outsmarts Larry is when the relationship stops being exploitative and becomes equal.”

That’s a deep analysis of identity in comedy and I probably wouldn’t have seen it from that angle unless I leaned on a Black friend for a different perspective—which, not coincidentally, is what Larry does with Leon. You’ve got to solicit viewpoints other than your own, and in that act of reaching out is a world of interpersonal foibles more complex and commonplace than the narrow descriptor “problematic.” That world is where Larry David lives. Curb doesn’t always hit the mark cleanly but the show is concerned with representation in its own inimitable way, even as it enthusiastically courts potentially problematic situations. Keep in mind that the show’s dialogue is improvised, so people of different identities are invited to react to David’s idiocy in their own authentic ways, unrestrained by a white man’s script.

Curb demonstrates that there are plenty of things you can “still joke about,” despite what boring old hacks and unfunny edgelords whine to the contrary. You just have to figure out smarter ways to do it. Comedy isn’t under attack by the forces of “political correctness,” it’s stewing in the same toxins as the rest of our culture. Everyone’s hypersensitive about something because simply being alive in America in 2017 is inflaming. That’s why doing comedy is more difficult these days, and also why it’s so gratifying to see it done well. You gotta dodge a lot of exposed nerves to hit the funny bone.