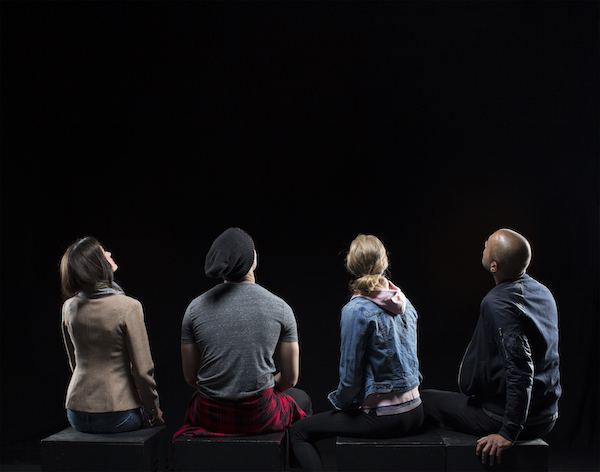 Wednesday, April 6
We’re not fans of their name either, but we’re definitely fans of Diarrhea Planet’s music. On stage, the Nashville sextet causes double-takes with not one, not two, not three, but four guitars redlining on revved-up bubblegum rock. As you maybe guessed, DPlan (that’s better) doesn’t take itself super seriously, but they’re not a joke band; at least no more so than, say, KISS. Their last album, 2013’s I’m Rich Beyond Your Wildest Dreams, is simultaneously decadent and concise with the kind of stupid/smart rock ’n’ roll tension that long ago led to groupies and arena tours and today means a headlining slot at the Croc. –Jonathan Zwickel
Crocodile

Wednesday, April 6
So what do you get when West Side Story lead (and unlikely Twin Peaks comeback star) Richard Beymer goes on a 16-year quest to adapt a Rudy Wilson novel to the big screen? It’s hard to be sure, but the resulting filmic account, Richard Beymer’s Before the Big Bang, promises to be a genuine head trip. –Tony Kay
Seattle Art Museum

Thursday, April 7
First Thursday is here again, with the following to-do list: Sculptor and ceramicist Christopher Shaw’s “Mending” at Martyr Sauce; Baso Fibonacci at Bon Voyage; Cris Bruch (who recently showed his elusive and elegant Midwest Americana-inspired sculptures at Frye Art Museum) at Greg Kucera; and an exhibit of photographs spanning three centuries at G. Gibson. Some of the most promising receptions of the evening include New York-based artist Anders Berstrom with a series of prints, also at Greg Kucera. The fantastic, trompe l’oeil pieces look exactly like brown paper bags—some crisp, some stained with grease, some crumpled into wads—but they’re all made using complex printmaking techniques including combinations of woodcut, aquatint and soft ground etching. Also No Touching Ground’s “You Still Feel Like Home” at Glass Box Gallery. The street artist I wrote about last year provides his take on some heady content (but with his usual poetic grace): activists who inspire him, the Seattle Police Department’s excessive use of force and homelessness in Seattle. –Amanda Manitach
Various locations

Thursday, April 7 – Saturday April 9
Nick Turner is one of our new favorites. He’s a big guy from New York who strikes the perfect balance between bluster and self-deprecation, between vulgarity and vulnerability. He has that rare ability to make the personal seem broad and accessible. You root for him, but you also want to see how he reacts when bad things happen. For a perfect example of this, check out the video of his set from 2012 in which he goes onstage immediately after locking his keys and his set list in a car with the engine running. –Brett Hamil
Laughs

Thursday, April 7 – Sunday, April 10
If you’re active (or even remotely interested) in any tendril of geek culture from Game of Thrones to the Marvel Universe, you likely already know that the Emerald City Comicon, the massive Northwest juggernaut of a comic-book convention, storms Seattle this weekend. And if you’re not plugged into some aspect of the pop-culture Geekiverse, now you know why the heart of downtown will be overrun by robots, medieval warriors, Galactic Federation officers and superheroes for four days running. Resistance is futile. –Tony Kay
Washington State Convention Center

Friday, April 8 – Sunday, April 10
This play by Aaron Posner is billed as a “heartbreaking, hilarious, sort-of-adaptation” of Anton Chekhov’s The Seagull, the Russian dramatist’s famous story of love, loss and art. As in the original, this contemporary version stars two generations of Russians moping on the grounds of a country estate, everyone in love with the wrong person and struggling with the basic difficulties of being human and how much life can suck. But, you know, in a fun and funny way. Stupid Fucking Bird runs through May 8. –Gemma Wilson
ACT Theatre