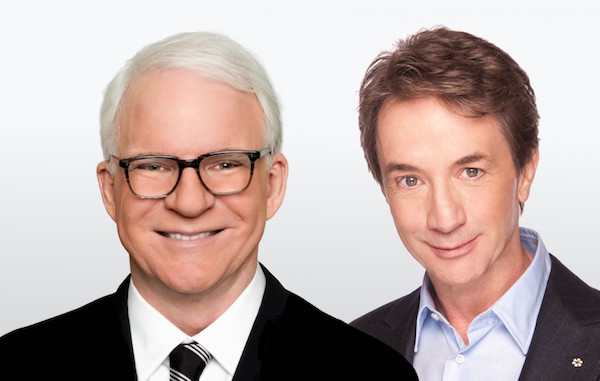 Thursday, July 21
Jessi Klein, head writer and an executive producer of Comedy Central’s Inside Amy Schumer, is a Grammy and Peabody winner, WAS A DEVELOPER OF MOTHERFUCKING STRANGERS WITH CANDY and has been featured on that ever-poignant, hilarious and addictive storytelling radio show The Moth. You can bet the comedian’s new essay collection, You’ll Grow Out of It, about her childhood as a self-described “late-bloomer” and her estrangement from traditional gender roles, earns all of these adjectives—and some moments that make you laugh so hard you wonder if you peed. Essay themes include her “transformation from Pippi Longstocking-esque tomboy to are-you-a-lesbian-or-what tom man,” finding watchable porn and the difference between being called “ma’am” and “miss.” She appears at U Bookstore in conversation with our magnificent July cover artist, Lindy West. –Sarah Galvin
University Bookstore

Thursday, July 21 – Sunday, July 24
Sara Porkalob is a fantastic actor and solo performer, and her one-woman show Dragon Lady shows off those performance chops nicely. In Dragon Lady, Porkalob plays hella characters to tell the story of Grandma Marie, who shares a dark secret from her Filipino gangster past with her grandchild. “Ripping apart the memories of her five children’s so called ‘childhood dystopia,’ she sings, dances, and kills her way through 40 years of faulty memories made to make her look like a bad mother,” reads the press material, and Porkalob is hilarious and versatile enough to pull that off. Dragon Lady runs through July 30. –Gemma Wilson
Theatre Off Jackson

Saturday, July 23
It’d be difficult to imagine a more mythical night of comedy than this: Steve Martin, the standup/movie star/author/banjo player, is joined by legendary entertainer Martin Short, about whom Larry David said, “Hands down the funniest guy I’ve ever met.” They’re calling it “An Evening You Will Forget for the Rest of Your Life.” Short has a new variety show for NBC with Maya Rudolph, Maya & Marty, and Martin continues to be hilarious on Twitter and tour with bluegrass outfit The Steep Canyon Rangers, who will provide musical accompaniment for this evening of reminiscence, singing and hilarious banter between the two living treasures. –Brett Hamil
Paramount Theatre

Saturday, July 23 – Sunday, July 24
If you had told me in 1987, while sitting in my friend’s rusting Dodge Dart, that the band we were listening to would not only still be around thirty years later, but accrue a massive following, regularly sell out the Showbox Theatre, and have a documentary made about their career, I would have taken the bong away from you with a stern, “you’ve had enough, son.” So singular was that first album, Gluey Porch Treatments, and so weird were the band photos on the back that me and my suburban friends couldn’t imagine there would even be a follow-up record, much less a fabled, decades-spanning, dozens of albums-producing career. Yet, here we are. Come see The Colossus of Destiny: A Melvins Tale, the story of the band that inspired Nirvana to not sound like Aerosmith. (Director in attendance.) – Dan Paulus
Grand Illusion Cinema

Sunday, July 24
MadArt’s giant space located in the heart of South Lake Union continues to offer a serious injection of very excellent art to the area, including Rick Araluce’s recent “Great Northern” train tracks that melted to a pinhole-size vanishing point and John Grade’s monumental “Middle Fork”, a painstaking reproduction of an old growth hemlock tree originally sited in the Cascades. Currently on view: Seattle artists Amie McNeel, Mark Zirpel and Sam Stubblefield have collaborated to create a walk-in laboratory of interactive, kinetic sculptural art that will be triggered by you the meandering visitor. Called “Portfolio of Possiblities,” the piece thematically revolves around the intersection of celestial and oceanic, utilizing a breadth of materials manipulated in unexpected ways (though McNeel and Zirpel have worked together for years as professors teaching ceramics, glass and sculpture at UW, it’s their first time collaborating). Visitors are encouraged to return to the space as the piece evolves (MadArt is open Monday-Friday, 10 a.m. – 5 p.m.), but the final iteration of the exhibit is unveiled on July 24, with a reception and artists on hand to discuss the lifespan of the project. –Amanda Manitach
MadArt