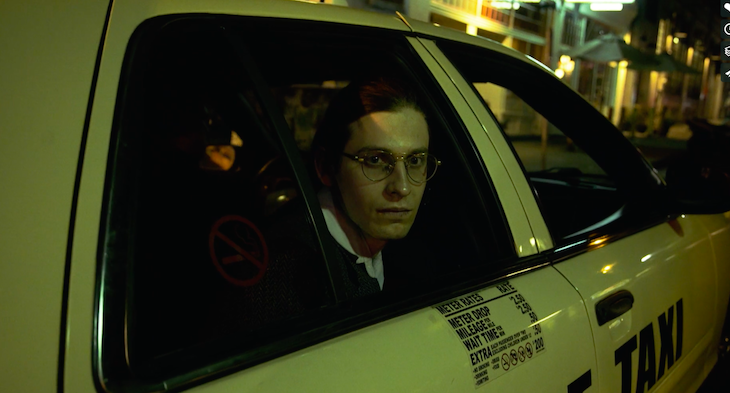 It’s no use trying to define the musical enigma known as Richie Nelson; instead let’s allow the guy to be his own weird, shape-shifting, talented self. Nelson first came to our attention three years ago via his brief involvement with Cabin Games Records, and ever since he’s been marinating his polished, idiosyncratic style of indie pop. Originally from Chicago, Nelson’s been operating in the Seattle music underground for almost a decade, and he’s currently ramping up to his first full-length release under the name Richie Dagger’s Crime. In the meantime, he released an EP of covers earlier this year, a perplexing span of songs by artists ranging from desert-dwelling beat alchemist Ganjasufi to UK new-wavers General Public to grunge martyrs Mother Love Bone. He also covers Joe Jackson’s forever-classic “Steppin’ Out,” an anthem of ’80s aspiration that conjures images of ill-fitting sportcoats, big-city cocaine anxiety and streetlights reflected in rain puddles.

All of which show up the video for Richie Dagger’s Crime’s cover of “Steppin’ Out,” which we’re psyched to premiere today. Director Lucas Celler injects period-appropriate Jay McInnery-style urban creepiness into this clip, which follows a lurking character—Nelson himself—as he haunts a woman through the humid, swarming streets of nighttime Seattle. When Nelson appears in front of her, either as a memory or apparition or hallucination, the look of confused recognition she gives is priceless. We’ll let you see for yourself. Watch below and catch Richie Dagger’s Crime performing live tomorrow night at Nectar Lounge.