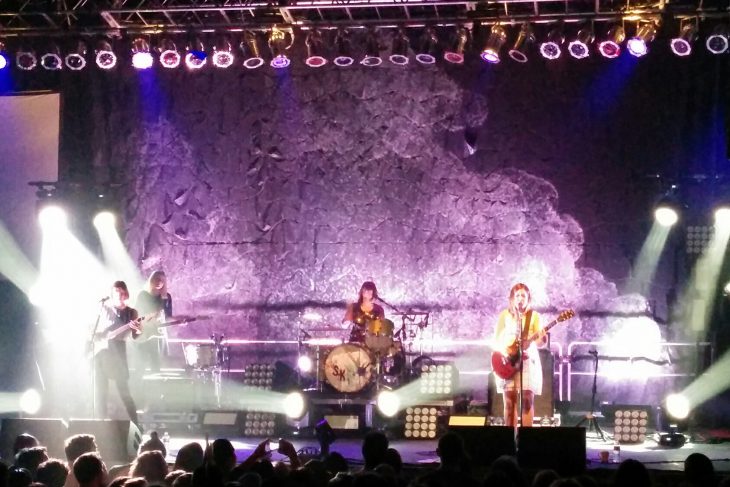 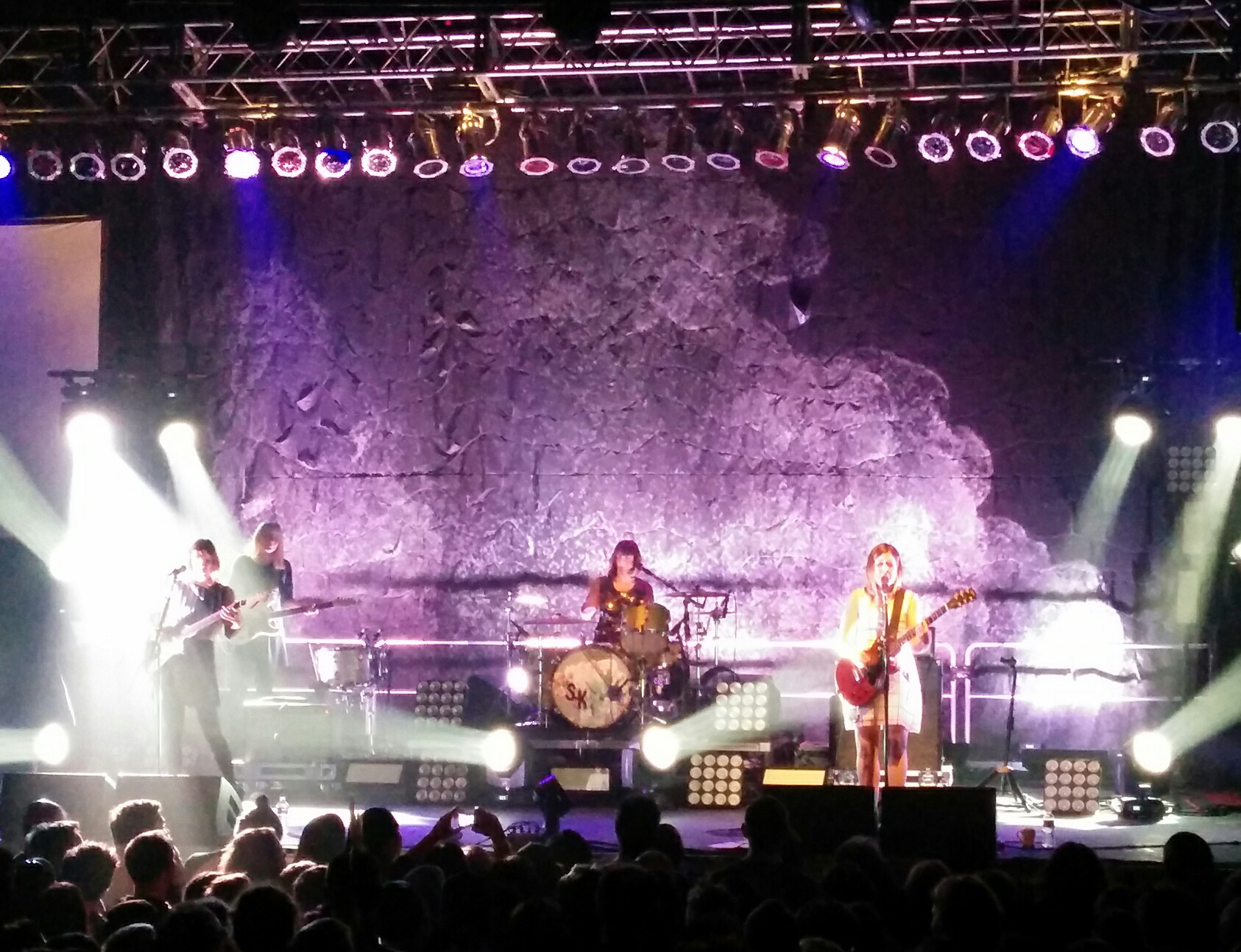 What version of Sleater-Kinney would return after a nine-year hiatus? A capacity crowd at Spokane’s Knitting Factory, split equally between middle-aged super-fans and a young, excited college contingent, had only a few hints to go on before the Olympia trio’s highly anticipated reunion show on Sunday.

There were the angry, sad goodbyes that dominated the band’s final concert in Portland in 2006. There were the side projects that have emerged in more recent years, including a more subdued Corin Tucker in her own solo project and a more exuberant Carrie Brownstein in the indie-rock supergroup Wild Flag. And there was No Cities To Love, January’s masterful comeback record that sounded like a Sleater-Kinney that had grown up, not grown old.

In spite of an ultimately triumphant return, the band opened the show as if they too didn’t have an answer to that question—as if hopping back into Sleater-Kinney wasn’t entirely like riding a bike. The Knitting Factory concert opened with the trio—now accompanied by guitarist/percussionist Katie Larkin—making mincemeat of No Cities‘ two opening songs, then diving into deeper cuts like “Start Together” and “Oh!” with apparent apprehension. For the first five songs, each band member kept her head down and focused on her own parts; all business, no banter, not much talking to the crowd (other than Brownstein asking how many people were Spokane natives, then responding to the cheers with a dry “Okay”).

Tucker, in particular, sounded like she’d started the show with her voice turned down a single notch—no biggie for most singers, but hard not to notice in the most unmistakable wail rock music has had in decades. A few sips from a mug of tea hinted to a throat problem, but by the sixth song, The Hot Rock‘s “Get Up,” Tucker had arrived, as if taking the song’s opening, spoken lines of advice: “When the body finally starts to let go, let it all go at once.” After that, her otherworldly voice was in full effect, and even she knew it, finally revealing an ear-to-ear grin as the crowd sang back at song’s end, “Get up!”

From that point on, Brownstein finally began pacing around the stage, busting out giant air kicks to match her laser-precise guitar solos, while drummer Janet Weiss sounded like she hadn’t missed a beat since the band’s last show, alternating between stage-rattling tom work (particularly her brutal performance in the high-speed “Words and Guitar”) and powerful backing vocals. Good thing the band found its combined swagger in time for The Woods‘ sweeping, raucous “What’s Mine Is Yours,” a concert highlight that saw each member scream and raise instruments while the stage was bathed in intense feedback and crimson light.

The 90-minute set (preceded by stunning, show-stealing Minnesota singer/rapper Lizzo, who should not be missed) totaled 22 songs, including seven cuts from No Cities. But the band looked looser while playing its older material, including the bluesy meltdown of “Sympathy,” the punk-perfect explosion of “Entertain,” and the bouncy, shouty mess of “Turn It On.” Better than all of those performances was closing song “Dig Me Out,” played with the speed and vigor of the 1997 original—guitars slicing each other every which way, Weiss keeping pace on snare and ride fills, and Tucker finally unrooting her feet from her microphone to pogo around the stage as she begged the crowd to get her “outta this mess, baby, outta my head.”

An ending like that bodes well for the nationwide reunion tour to come—including a sold-out, three-night stop in Seattle in May—and hopefully, it means the trio will continue to let fans into their explosive, beautiful mess.