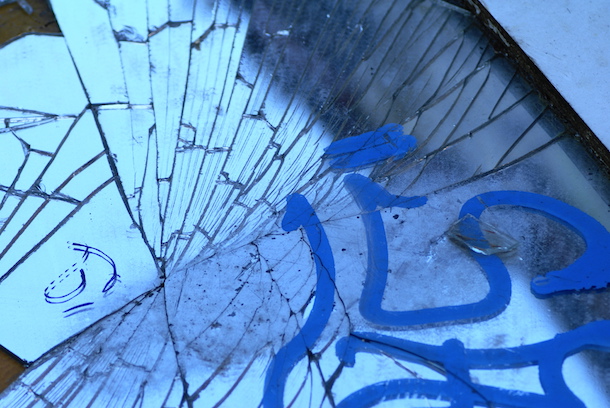 At the entry level, standup comedy tests the tensile strength of the human ego better than anything. There’s nothing more devastating to one’s sense of self-worth than bombing in front of a crowd of strangers. The silence is so deep you hear the whine of your own central nervous system screeching in your ears. Failing at standup breaks your psyche into tiny, embarrassed pieces. How you rebuild determines what kind of person—and what sort of comic—you are.

The ego is a slippery thing. It’s got all sorts of strategies to sneak back into the picture to fortify itself against future assaults. For example, many comics develop “the ears,” a phenomenon in which a comic will bomb but walk offstage convinced that they killed. This is an offshoot of what psychologists call the Dunning-Kruger Effect, a cognitive bias in which the incompetent think they’re superior because they lack the capacity to adequately assess their own performance relative to others. This probably describes at least a third of the comics at any given open mic, plus a majority of Cabinet-level positions in the Trump Administration.

For a newbie, confidence is usually a bad sign; I can’t count the number of times I’ve watched some cocky first-timer mount the stage all swagger and finger-guns only to immediately fall apart under the bright stage lights. Bonus points if the alpha invited all of his friends to witness his hubris. This is what happens to every “funny guy” from the office, every self-described “class clown.” I have much more hope for the brand-new comic who climbs onstage terrified to the core—it shows that they take the thing seriously enough to learn and improve.

Let’s say you’re a comic who’s capable of constructive self-criticism, a huge asset. Let’s say you can identify your weaknesses and play up your strengths. You stay humble and keep your eyes on the prize, becoming a better comic in the process. The ego still lies in wait. Other comics get bigger laughs, better opportunities. The subjectivity of the art form breeds resentment and disdain, those calling cards of the ego. As they say, “You’re only as good as your last set.” Standup is a funhouse hall of mirrors.

For a seasoned comic, a certain amount of confidence is necessary. You’ve got to be sure enough of your abilities to step out on a limb and defy the audience’s expectations, to take them the places you want them to go rather than merely playing to tired preconceptions. With each good set, each validating career level-up, a comic is able to bank more of that precious currency and cash it in to become funnier, closer to their true self onstage. As a comic reaches that level of mastery—I say this not from experience but as an observer—the temptation to succumb to inertia becomes greater. Confidence gives way to ego. After all, you’ve reached an echelon that few practitioners ever attain: the ability to get consistent laughs from any crowd on any given night. Why not stop pushing and enjoy the ride?

I’ve worked with innumerable headliners like this, very funny performers who wrote their last good joke a decade ago and have been coasting on a TV credit ever since. This is the point at which comics turn into caricatures of themselves, when it’s finally safe to phone it in. The ego pulls you into its warm embrace and you become a hack. It happens so slowly you don’t see it coming.

A comic I worked with recently explained it to me like this: “You can tell someone is a hack when they make themselves the hero of every punchline.” This is as good a litmus test as any I’ve come up with for determining the ego-content of standup. If, as Thelonious Monk said, “a genius is the one most like himself,” then the hack is the one most like who he thinks the crowd wants him to be. The hack is a hero in his own story, while the artist is a stand-in for the audience, their avatar, their flawed reflection. One makes themself relatable by reaffirming the things you already knew, the other shows you things you might’ve intuited but never had the means to articulate. One wants to convince you how great they are, the other just wants to make you laugh. Both gigs pay the same.