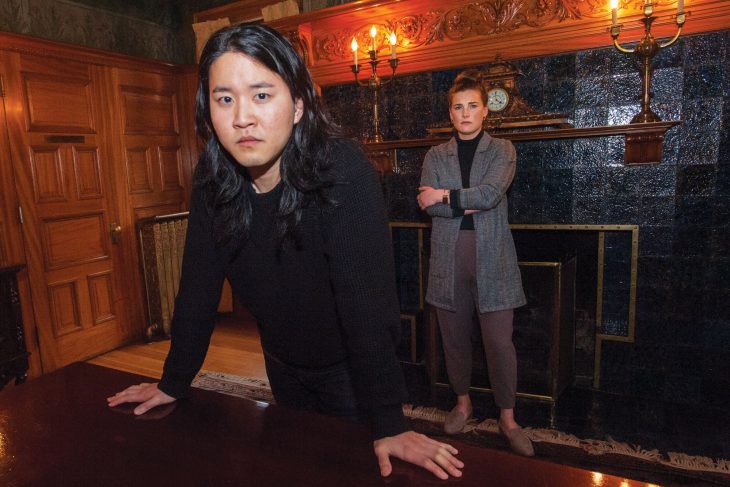 Hamlet is one of Shakespeare’s most frequently performed scripts, a story that takes audiences through a labyrinth of human emotion and asks, “Who are you really when the going gets rough?” This question is the driving force behind director Julia Sears’ upcoming site-specific Hamlet with local theatre company The Horse In Motion.

“We usually approach this play as if it’s up on a pedestal,” says the New York-based Sears. “I want to make Shakespeare contemporary and accessible for my generation. There’s so much in this play that’s relatable, emotionally and situationally,” she says, citing the play’s renderings of rage, jealously, love and family tension. “For me, it’s about finding new ways to portray [those ideas].”

Tapping friends at The Horse In Motion, who she knew from the drama program at the University of Washington, Sears proposed an immersive version of the play, set in the historic Stimson-Green Mansion, in which the audience is divided into two groups, each one led through the rooms and scenes by one of two Hamlets, played by actors Kevin Lin and Jocelyn Maher. “The two tracks intersect in moments where Hamlet is making a choice to act or not act,” Sears says, a choice that explores one of the play’s most well-known themes in a new theatrical way.

Many of the characters are played by two actors, and many of the actors also play more than one character. The immersive experience puts attendees on the same level as the actors, while the doubling of characters strips away preconceived gender biases—ripping apart antiquated notions of race and gender associated with Shakespeare plays was a priority for Sears. A female actor portrays Polonius. The actor who plays Queen Gertrude in one track plays her dead husband in the other; Ophelia, Hamlet’s doomed lover, and Horatio, his old friend, are counterparts as well.