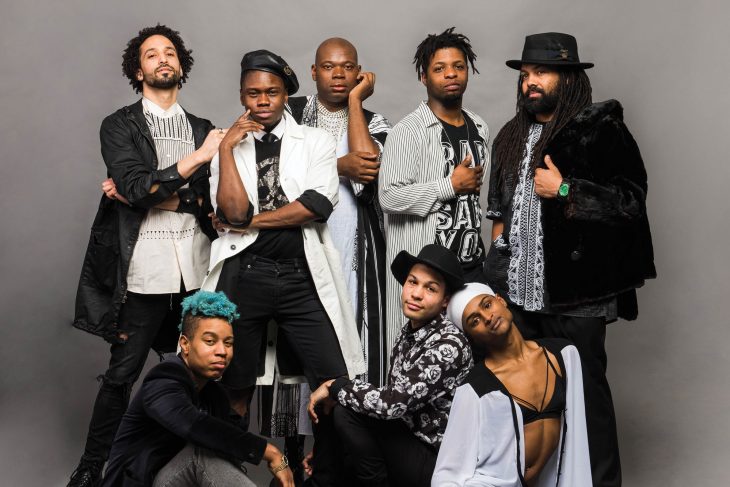 First came the desire to get Black bodies on stage. Then choreographer Dani Tirrell started thinking about fatherhood and brotherhood, about pain and “how Black men die in different ways,” Tirrell says. “Sometimes it’s the physical death and sometimes it’s an emotional death, a spiritual death, an intellectual death.”

Tirrell explores the complexities of a Black man’s life in Black Bois, a new evening-length work of dance theatre which is both sociological study and deeply personal inquisition.

“I like telling stories of real people,” Tirrell says. “I’m not one of those artists who can create out of the abstract. I have no interest in that.”The piece unfolds through a series of vignettes, with choreography that draws on movement from across the African diaspora performed by seven dancers, including two teens. It also features spoken word by J Mase III and original music by violinist and fiddle player Ben Hunter that traces the history of Black music, “so from the fiddle up until rock,” Tirrell says. “There’s some jazz, some gospel, some blues.”