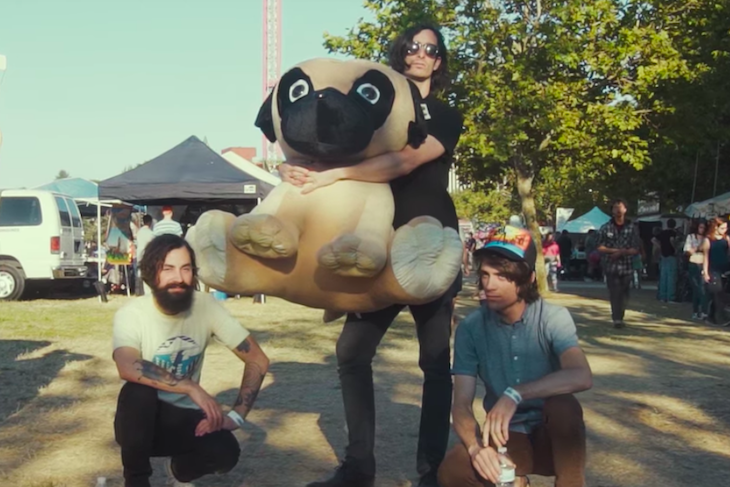 Given the right soundtrack and enough slow-mo camera jockeying, even an innocuous day at the county fair can look like a mind-bending psychedelic voyage. In this case, the trip comes from Spirit Award, one of our favorite new Seattle psych-rock bands, and their video for their groovy, space-shot song “Summer,” directed by prolific filmmaker and photographer Casey Sjogren.

Yes, it’s basically a romp through Olympia’s Capital Lakefair, but Sjogren’s vintagey camera filter and languid film speed—not to mention the band’s propulsive, escalating bombast—inject this quintessential summer saunter with delicious drama. The band eats corn dogs, rides the Tornado, wins a giant stuffed dog, gets an airbrushed hat and generally cavorts with the sticky-fingered masses, yet something sinister and perhaps drug-enhanced lies beneath the sunny surface. Especially once twilight drops and the circus lights kick in. It’s a tempting contrast that matches the song’s crackling subject matter and sound.

City Arts is proud to premiere the video for “Summer” today. Watch below and stay tuned for Neverending, Spirit Award’s first full-length album, out October 6 via Union Zero.