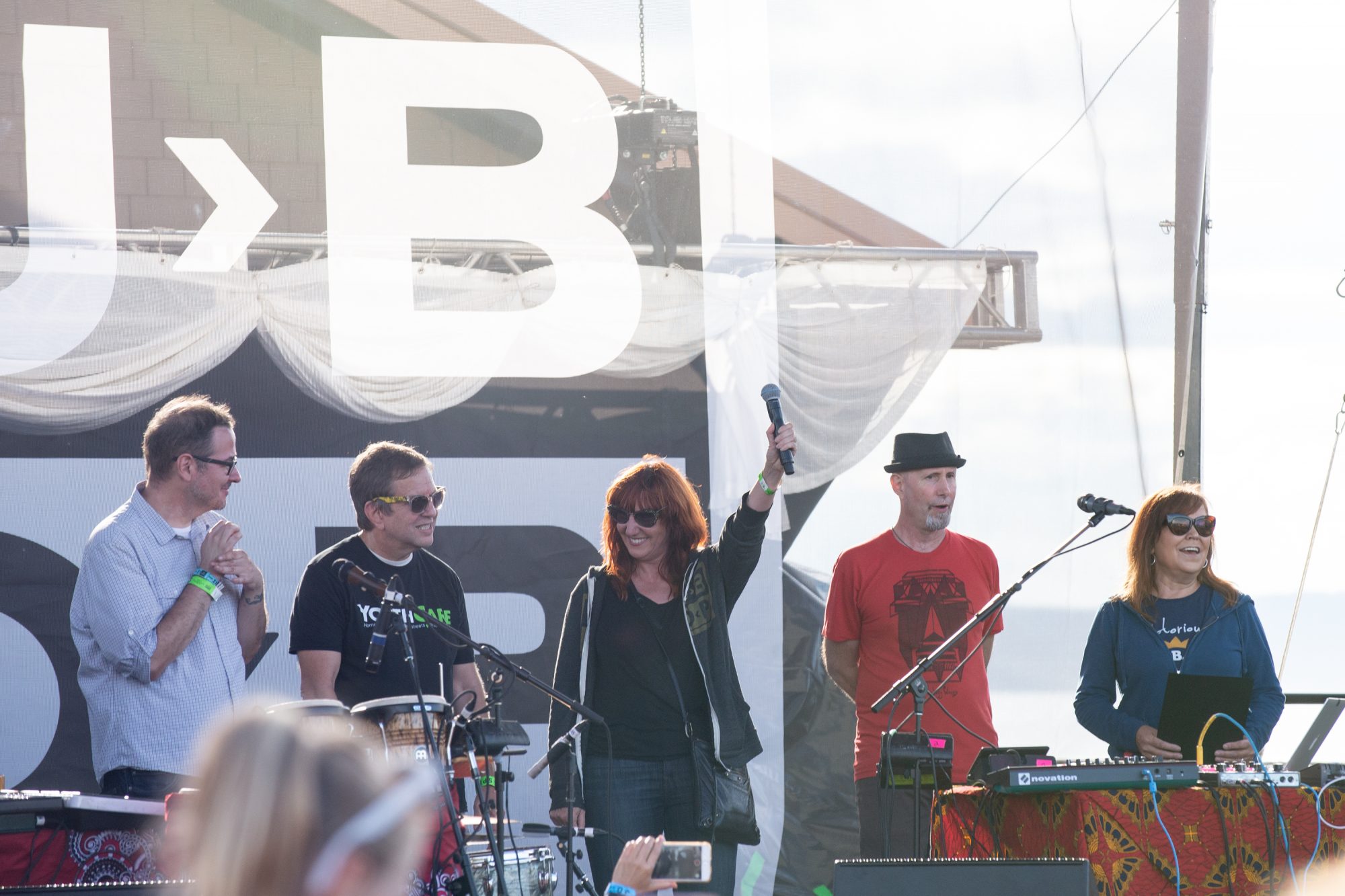 Every day in the lifecycle of Puget Sound, the tide flows in from the Pacific Ocean and then, six hours later, the tide flows out the way it came. In the midst of this recurring exchange is an extended moment when millions of gallons of seawater, fresh from the ocean or funky from the Sound, meet and intermingle, gaining temporary equilibrium in temperature and salinity and biology.

This past Saturday a similar moment of natural miscegenation crept from the shores of Alki Beach into West Seattle as Sub Pop Records commemorated its 30th birthday with a daylong, multi-band, multi-stage bearhug of a blowout music festival. An estimated 30,000 people showed up for the free party, dubbed SPF30—an event that blended old Seattle and new Seattle more seamlessly than any other in recent memory. Credit Sub Pop’s iconic history and its prescient embrace of forward-looking artists as well as its general good taste in music, branding and fun. Even with swarms of humanity traversing up and down Alki Avenue the vibe was upbeat and celebratory, part reunion of old friends from the city’s heyday, part throngs of everyone else standing around, looking at faraway stages in a beautiful setting, sharing joints and beers and reveling in this very generous offering.

Like Pearl Jam earlier in the week, Sub Pop has been around long enough to be aware of the thrills and pitfalls of producing a major event like this and navigated the topography well enough for everyone involved. The city has been embroiled in some immensely difficult, intractable issues in the last several years, some of which came to a head in the last few months, but seeing a multi-generational span of folks of various stripes come together in the spirit of kickass music is never not inspiring. Thanks to Sub Pop for creating the opportunity.

Photographer Victoria Holt was on the scene all day and caught the images below. —Jonathan Zwickel 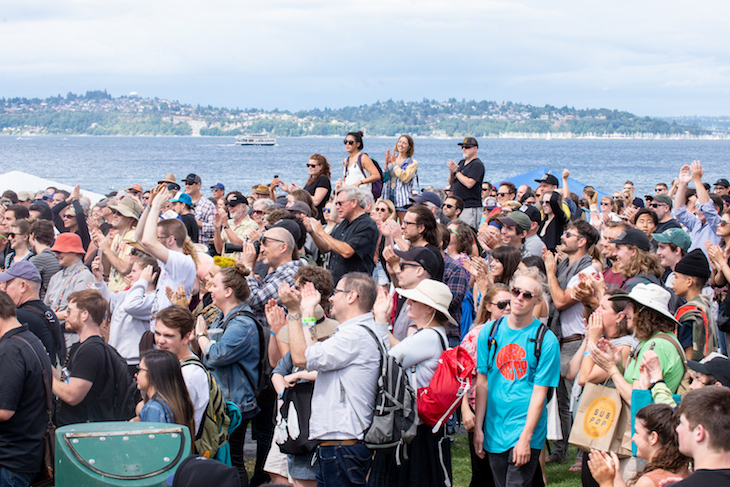 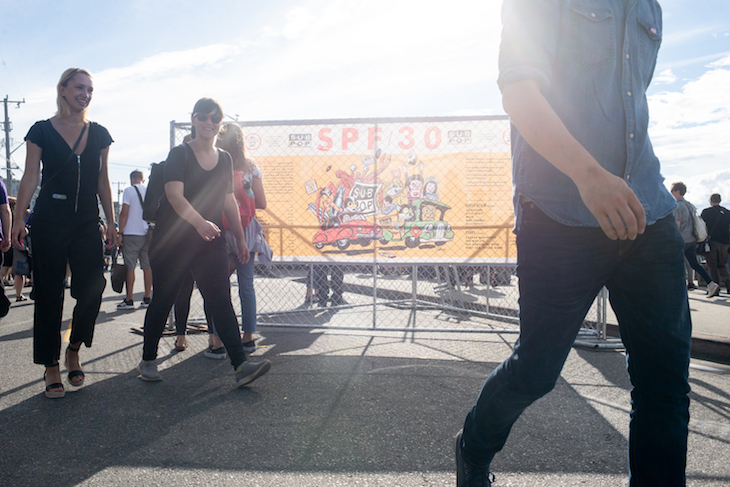 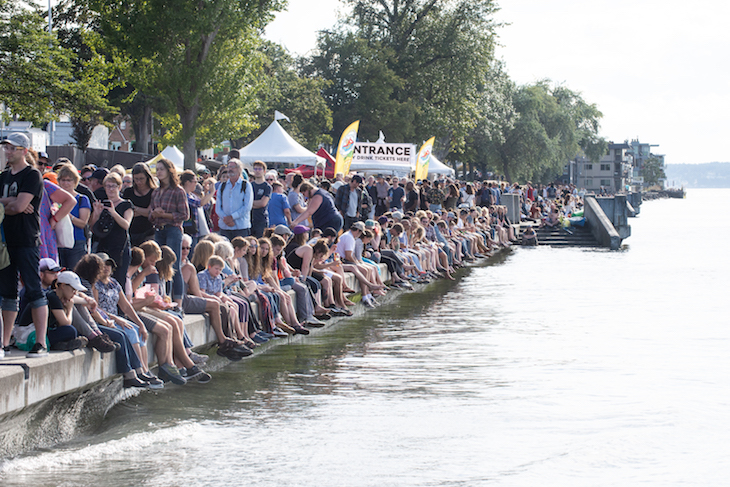 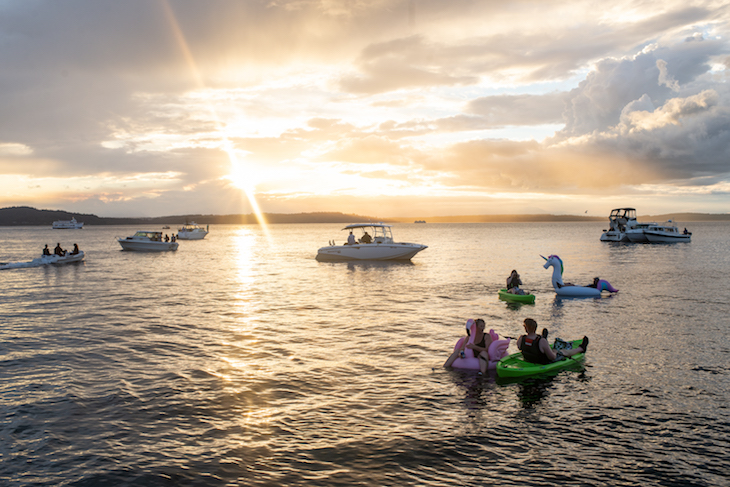 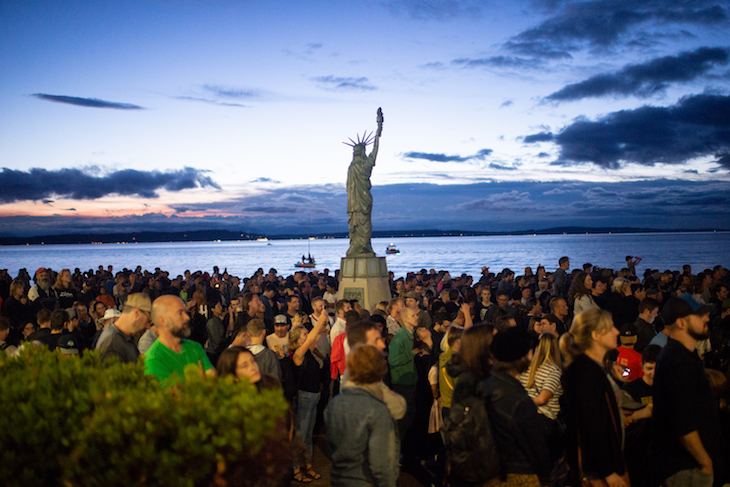