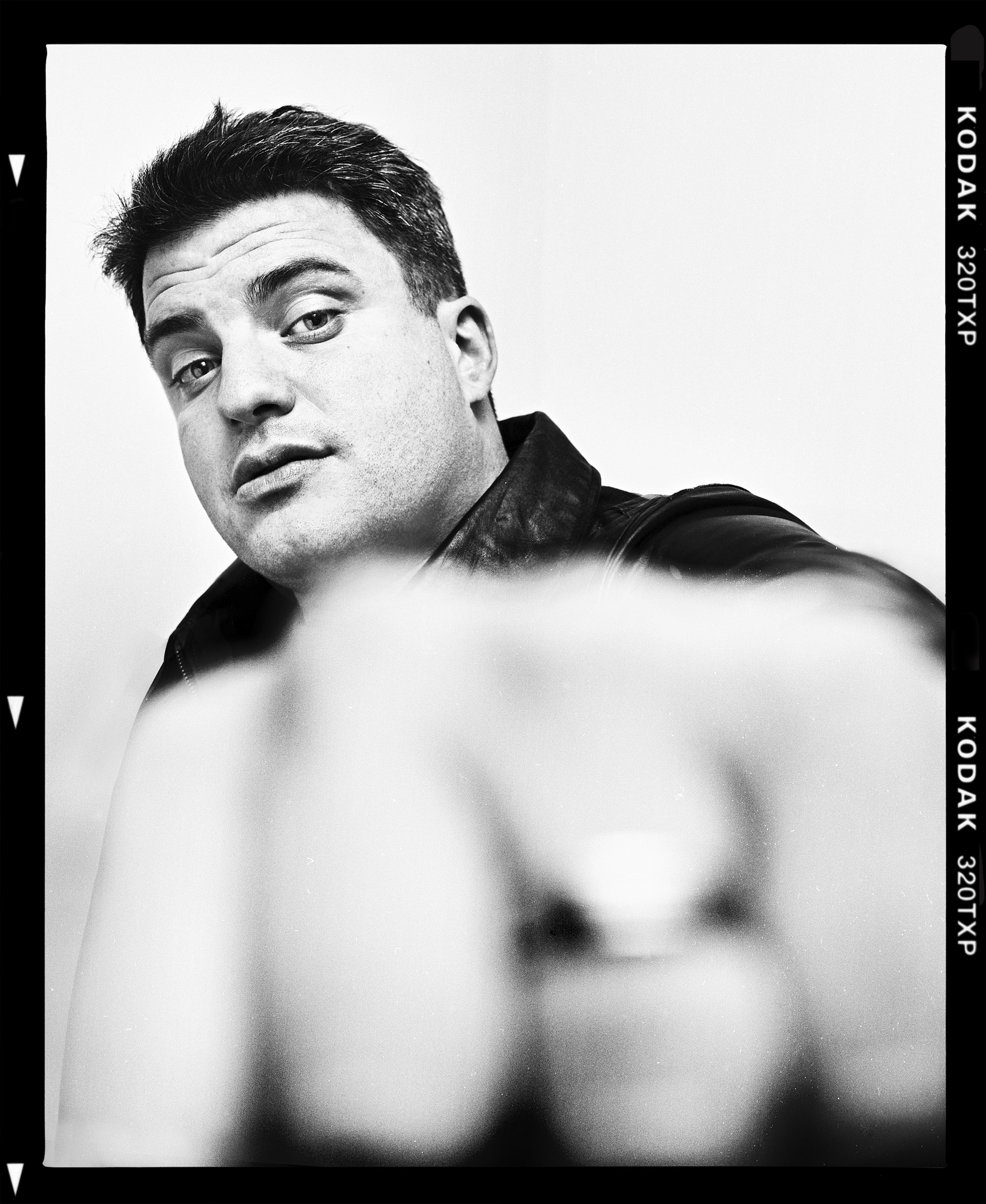 In his career as the preeminent critic of American athletics, Dave Zirin demonstrates that sports are not just fun and games. The only sports editor in the 152-year history of The Nation, Zirin is also the author of eight books that have introduced the mythology of athleticism to the harsh realities of politics. His body of work includes the 2008 masterpiece A People’s History of Sports in the United States.

Zirin is the host of the weekly podcast Edge of Sports, and was named one of “50 Visionaries Who Are Changing Our World” by Utne Reader. With Sports Illustrated recently launching a boutique blog called The Cauldron to host a more critical perspective on sports, and socialist stalwart Jacobin Magazine recently announcing the founding of its own sports department, Zirin’s influence is visible across contemporary sports writing.

I interviewed Zirin via e-mail ahead of his January 5 visit to Town Hall Seattle, where he’ll talk with outspoken Seattle Seahawks defensive end Michael Bennett.

City Arts: In A People’s History of Sports in the United States, you write that the groundbreaking sportswriter Lester Rodney initiated a “dynamic approach to understanding the intersections of sports and politics.” For a new generation of sports fans, you have a similar significance as Rodney did decades ago. Who were some of the writers—and what were some of the life experiences—that influenced your approach to writing about sports?
Dave Zirin: I’m honored you’d even put me in the same paragraph as Lester Rodney. I found the sports-and-politics beat because I’d read about and played sports with a passion as a kid and was then obsessed with political histories of resistance as I got older. When basketball player Mahmoud Abdul-Rauf protested standing for the national anthem in the mid-1990s, I was in college and it resonated powerfully for me.

I couldn’t find one book that gave an intersectional overview of athletic struggle, and that’s what put me on the track to write A People’s History of Sports and other books about the politics of sports. In that research, I came across Lester Rodney, Bob Lipsyte, Mary Jo Kane and a host of sports writers and sociologists. And when I read Redemption Song: Muhammad Ali and the Spirit of the 1960s, it was a life-changer. After reading that, it was all I wanted to do was write about how sports and politics collide in the present tense.

A lot of sports coverage is blandly centrist. It’s to the point where a) people can’t see how sports are already an arena for political contests, and b) it’s kind of assumed that if you’re explicitly politicizing football or baseball, you must be on the Left. How do you identify politically?
Like the majority of people under 30 in this country (although I’m way north of 30), I’m a proud socialist. It affects my sports writing in that I’m against the public funding of stadiums, openly suspicious of billionaire sports owners and sympathetic to any and all athletes who use their platform to speak out for justice because I know the ripple effect that can have on folks fighting for social change.

This is my compass when bombarded by the deluge of the 24-hour sports news cycle: I’m a sports writer and I try to find stories in sports that can hold a mirror up to our society or educate us about a part of the world—like Brazil during the World Cup and Olympics—that we otherwise don’t know much about.

Tony Collins once wrote that “sport is capitalism at play.” Americans of a certain age have been acclimated to sports as a capitalist simulacrum where the values of the free market are performed and hierarchies of race, class, sex and nationalism are reproduced. How has your politicizing of sports to audiences who believe in the separation of sports and politics been received?
That question is deeper than my answer! The great thing about sports writing and being on sports radio or ESPN is that you tend to be in dialogue with a very politically diverse audience. It’s not nearly as politically segregated as cable news or talk radio. It makes the debates a lot more fun, except when you are debating with anonymous fans who think sports is a safe space to be a braying jackass. For example, I live in Washington D.C., where people defend the racial slur that’s the name of the local football team.

I also see, in our Internet age, a new crop of political sports writers using sports as a lens to speak out about racism, sexism, homophobia, or—as you did so well in your Sports Illustrated piece about 9/11 and football—empire. It gives me hope. We’re not ceding this ground. It’s Michael Bennett’s world more than it’s Jerry Jones’s—or at least that’s the narrative worth fighting for.

In the aftermath of the greatest upset in American political history, would you say that our celebration of athletics in some sense normalized the behavior of Donald Trump? Society gives so many second and third chances to abusers like Tyreek Hill and Richie Incognito, so long as they can play. And it was telling to me that Trump tried to shake off his endorsement of sexual assault by saying it was “just locker room talk.”
I think Donald Trump was more normalized by pro wrestling. Trump not only has direct ties to the world of pro wrestling as a performer but appointed the virulently anti-union Linda McMahon—co-chief of World Wrestling Entertainment—to head the Small Business Administration. Trump loves the toxic masculinity of sports above all else and nowhere has that been more prevalent than—at least until recently—World Wrestling Entertainment. All of this is to say that Trump did not arise out of “sports culture” in general, but one virulent strand of that culture.

You’re coming to Seattle on January 5! We have a long history of protest here going back to the anti-war demonstrations waged by the UW football team in 1972, WTO in 1999, #OccupyWallStreet in 2011, and the rounds of #BlackLivesMatter protests that have been happening since 2014. What made you decide to hold an event here, and why did you choose to make the event a talk with Michael Bennett?
I love Seattle. If I’d found this city when I was younger, I swear I would’ve put roots down with a quickness that would make Tyler Lockett gape with amazement. I try to visit every year for some work-related reason and Town Hall wanted to do an event with me talking about Brazil and the Olympics so I said yes. Then two events happened concurrently: I heard that Michael Bennett had been involved with the Seattle-wide #BlackLivesMatter schools event in the fall and I was planning an on-stage interview with Spurs coach Gregg Popovich and Cornel West. That format was great and I wanted to do something similar. We contacted Michael through a mutual friend and here we are!

If you’re a progressive in the United States, you face an uphill climb. I love this particular incarnation of the Seattle Seahawks because, in addition to being the most politically outspoken team in sports, they always transmit the hope than any game they’re trailing in is never over until it’s over. And I know you’re a Rocky aficionado—so my question is: do you pull inspiration from sports?
Absolutely I pull every kind of motivation from sports: artistic, political, even social motivation—the motivation to actually get out in the world and take risks. Sports makes me feel like we can affect the world around us if we dare to try and if, to quote Gilbert Arenas, our “swag is phenomenal.” No matter how awful the business of sports can be, the feelings it gives us is pure gold.

And no matter how much the commercial bosses of sports try to commodify the rebel spirit involved in play, part of it is always beyond their grasp. That’s the part embodied in the balletic art of people like Maya Moore, Simone Biles and Russell Westbrook as well as the legacies of legends like Muhammad Ali, Billie Jean King and now players like Michael Bennett.