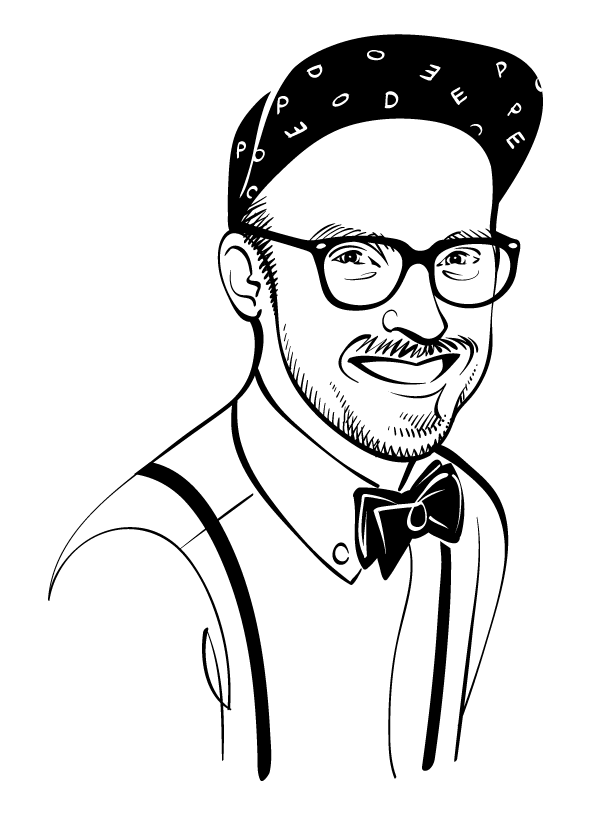 Since its arrival in Seattle from New York four years ago, theatre company Forward Flux has grown to present a dizzying array of artistic programming. In addition to their two full productions of new plays each fall, there’s the low-key Flux Salon reading series, speakeasy-style social events, a silent disco party—always nimble, always focusing on the new, now, fun. This month, the company produces collaborate create, an artistic “pressure cooker” culminating in a two-night showing of multidisciplinary art at Fred Wildlife Refuge on April 19 and 20. Founder and producing artistic director Wesley Frugé shares what makes Flux stand out in the theatre landscape.

You often use the phrase “inspire and challenge.” What does that look like in the work you produce?
This year we’re doing work that looks at our relationship to other cultures and people. Benjamin Benne’s spectacular play Las Mariposas Y Los Muertos deals with cultural appropriation among a group of artists. It’s about a girl band with two Latinas and one white girl, and it asks a lot of complex questions about culture, identity and our relationship to each other. One of the things I love about it, and one of the things I think we often miss in this conversation in Seattle, is that issues of race, culture and appropriation have a lot of fucking gray area. So let’s dig in and have this conversation together, and create space for people to investigate these uncomfortable topics in a safe environment.

How do you make a space feel safe?
I start with the team. Who’s working behind the scenes? Who wrote the play? Who’s on the stage? How are those people facilitating the conversation so that it comes from an authentic place and not from me, Wesley, sharing what I think? It’s not about what I think.

Four years in, how do you see Forward Flux’s role in Seattle’s theatre community?
One thing we say is, by investing in the artists of today we’re creating the masterworks of tomorrow. Las Mariposas was Ben’s first commission, and now I’m like, “What’s his next going to be?” It’s certainly going to be from a bigger company than Forward Flux. Our role is also to take risks on untried actors and provide a space for training. We recently did a free open audition, and we just launched a new series called Studio 45, which is a four-week workshop of a brand-new play, working closely with the playwright. The actors will get 90 to 100 hours to rehearse and put up a play, with five public performances. We’re going to do it in a studio setting, with limited costumes and sets, but it’s going to be staged and completely off book. Making investments in actors like that is exciting. We’re going to do some open rehearsals to say, “Come out, meet the playwright, see what’s going in behind the scenes and be part of the conversation.”

Why is that transparency important?
It’s the right thing to do—that’s a bit of a cheesy answer, but I also think it’s good for business. People pay attention, and I’ve always said we’re going to stand on our content first. When you get outside the art funder bubble, it doesn’t matter what you say you do. What matters is what you do.

Tell me about this eighth cycle of collaborate create coming up.
It’s the craziest thing we do and I always feel like I’m going to have a heart attack. This time we have 20 artists, we give them 21 days and ask them one question, and then they literally get to create whatever they want inside the confines of the space. It’s a pressure cooker. We meet every Wednesday, and it’s a pretty free-form experience for the artists. People can end up working on two or three things for the show. It’s set up sort of like a gallery, but there are performative installations and some 10-minute plays, so there will be scheduled performances as well as ongoing installations.

How did you pick this year’s question “Who Am I/Who I Am?”
We felt like it fit well with a lot of the broader questions we’re asking this year around culture, appropriation and who we are as a city. We have a diverse group: lots of representation from LGBTQ groups, lots of different racial and ethnic groups, and also age diversity. It’s going to be interesting to hear the different artists’ ideas around identity and how that manifests in their work, and maybe how that’s shifted over time.