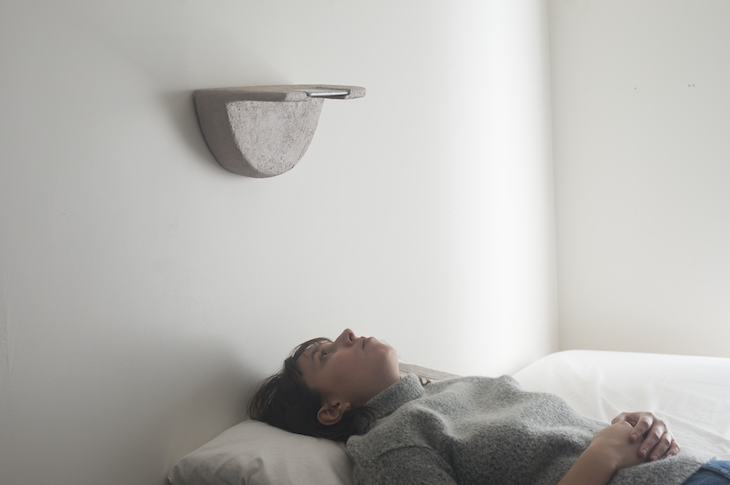 “I like art. I’d go.” I grinned. So apropos. Only an engineer would’ve employed not more than 12 letters to respond to a rather unusual request, an email sent by a friend of mine to her colleagues at Google: Was anyone interested in art? And would they want to join a journalist on a visit to an art exhibition? “Dr. Crash” — Yves, a senior engineer at Google — said yes.

It wasn’t just any exhibit that I wanted to take him to. It was a show titled Tech Support, catering specifically and explicitly to the city’s affluent tech army. Comprised of artworks reacting to technology, Tech Support opened last Thursday at Pioneer Square gallery SOIL.

Of course, it’s as foolish as it is futile to assume one person can represent or give insight into an entire group of people. But Yves, by virtue of his job and disposable income, was at least a member of the intended audience.

He doesn’t check many boxes of the archetypical tech worker, though. He’s 47 and isn’t new to the city (he has lived and worked here for more than 15 years). He doesn’t live on Capitol Hill and grew up in France as the son of an art critic. He has about a dozen artworks in his house, mostly photos and paintings from artists he knew through his father; he jokes about his “French chauvinism”—almost all of his favorite artists are if not French, then European: Cézanne, Chagall, Louise Bourgeois.

While waiting for Yves to arrive, curator Colleen RJC Bratton explains why she created the show. “My husband is a designer for Facebook,” she says. “We talk a lot about how we can get the two spheres of tech and art to interact more. Plus, as I put bluntly in the exhibition statement: Would commerce improve with artworks marketed towards the wealthy tech community in the city?”

Yves enters with a firm knock on the door, darts through the space and walks off to “Floating World,” a wood and polymer clay protuberance with a white pillow below it, by LA-based artist Katie Holden. “I love the simplicity of it,” he says. “So pure. The white pillow on the pedestal makes it almost feel like a hotel somehow.”

Bratton explains that it’s for people who don’t want to hold their phones while falling asleep. But Yves is already moving on to the next work, a miniature, carefully folded cardboard-and-paper installation from Kentucky-based artist Christian Schmit. “I like the depth of sculptures like this,” he says. “I don’t really care if it’s about technology or not, but I love that it’s so detailed. I like pieces that draw you in but are not too much in your face. Pieces that you can go back to and get lost in.”

A few feet to the left, rays of quickly alternating colors of light shine through an upright slab of marble. Yves is intrigued: “I used to say I didn’t like video art but I’ve changed my mind. I decided that if I ever buy a television, I’ll buy a video work. With this one, I might not have to. I love the marble.”

Bratton points to an orange slab of paper next to the projector, listing the highest-grossing movies from 1915 to 2015. Local artist Forrest Perrine plays them at 10,000 percent speed “so you can enjoy all of film history in one the span of one feature film,” compressed into the length of one movie. “It’s very dynamic,” Yves says. “But I don’t really care about the movies. I like that it’s very neutral on the other side, so that I can look at it all day, and go to the other side when I want to.”

He walks to a television screen on the ground. The video, “Necessary Assembly” by Max Cleary, shows the artist filling and reconstructing a shelf structure to address consumption in our want-culture. “I like the guy just minding his own business. I also love that it’s not in your face, but that you can walk to it whenever you want.”

I lead Yves to the work on the wall above, an abstract inkjet print with USB stick by Alex Boeschenstein. “If you email Alex, he will send you a compressed zip with a random assortment of files contained on his personal hard drives. It will be a variation of the file set contained in the piece’s hanging USB drive,” reads the placard. I prod Yves—maybe his colleagues would appreciate this? “Maybe,” he says reluctantly. “I could see the geek factor in this. It’s like a scavenger hunt: Your first clue is to read this, you get something back… Also, he doesn’t say what he’ll send you. For all you know it’s his tax returns.”

We’re nearing the end of our visit, and I want to get Yves talking about what he thinks his colleagues would like. I tell him that some people wonder if more “tech-y art” with LEDs, lights and screens could appeal more to the tech community than analog works. “Well, it doesn’t attract me,” he says. “But I think I might be different.” I try the direct approach: Why are they not buying art?

“I’m not buying much art either,” he says. “It’s true though, I don’t think they are interested in art in general. Even if you put it in front of them. At Google we’ve put art in the buildings, organized artist talks, you name it. And it was really hard to get people to come out. I’m not sure why. Maybe it was because it was during lunch? Overall, I think many people don’t see the value of art, or of buying it. They might not understand that you can spend $500 on a piece you love and that you don’t have to spend 10 grand. I don’t think people know that. I don’t know if they feel silly having art because none of their friends do.” He sighs. “It’s a chicken-and-egg problem.”

With this note, we’re stuck. But then Bratton comes to the rescue, asking Yves what exactly he does. Writing software, he explains, which he considers a creative act. Bratton nods. “I think my husband, who is a digital product designer, and me [an artist], are basically doing the same thing: trying to solve problems through creation. That realization could be a good starting point.”