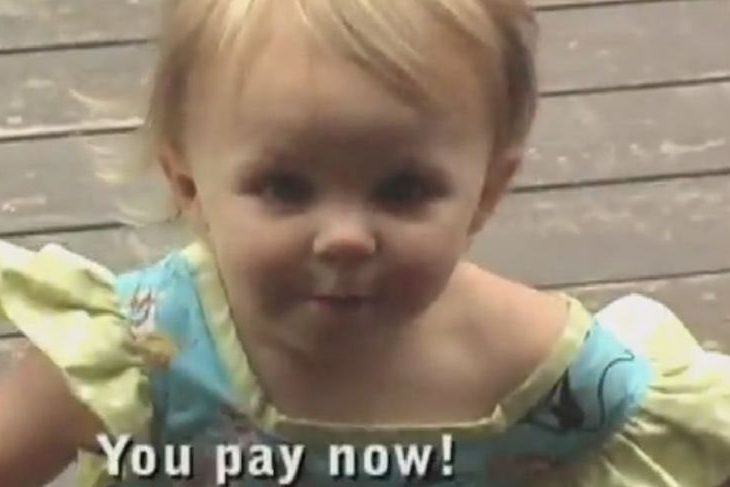 As an evolving medium centered on shared experience and driven by raising stakes, comedy renders the leading edge of the zeitgeist as it mutates in real time. The rise of the alt-right and the resulting push toward no-platforming? Comedy’s got that. #MeToo, misogyny and terrible men getting called out for doing despicable things? Plenty of that, too.

Comedians are so thirsty for connection and response that we’re willing to air out the culture’s dirty laundry onstage every night, often for free. When the First Amendment Warriors characterize comedians as “canaries in the coal mine,” they have a point, although not in the manner they intend. The standup stage is where we sort out the ways we’ll talk about fraught topics and unresolved internal conflicts. The bottom line is simple enough: Regardless of your position, can you make it funny? And will your punchline end up on the right side of history a few years from now?

For example, in the Bush era, homophobia/gay marriage jokes were all the rage as conservatives took a stand for “traditional family values” and the rest of us watched in horror and derision as they made their nakedly ambitious play to exploit a dwindling wedge issue for immediate electoral gain. Nowadays most of those jokes seem downright passé—that particular conflict has been all but settled in the secular public discourse. The battlefront has moved on to trans rights and gender identity, which most comics—cisgendered ones at least—have not yet figured out how to talk about (see Dave Chappelle’s last few specials).

Comedy can bring out the worst and the best of the zeitgeist. For example, take a look at Last Comic Standing winner Iliza Schlesinger, who decided to produce a fun, empowering show for just the ladies at Largo in LA called “Girls Night In with Iliza—No Boys Allowed.” In an age of “Yas, Queen!” and “Nasty Woman,” an all-woman night seems like a no-brainer and a shrewd marketing angle to fill a specific gap in the comedy market. Right? Not so fast. The prospect of a male-exclusionary show was catnip for a certain crusading “Men’s Rights Activist” named George St. George, who showed up, bought a ticket and was predictably denied entry. He filed a civil rights lawsuit against Schlesinger and the venue, one of over 150 complaints he’s made against establishments that offer free entry or other perks to women at “ladies night”-themed events.

St. George finds these practices deeply discriminatory, a moral offense to his very core; he compares himself to Rosa Parks and quotes George Orwell in his official complaint. It’s the same contorted attempt at victimhood we saw in Seattle a couple years ago with the national conservative backlash against a POC-only yoga class. White men are finding ourselves confronted with spaces that simply don’t want or need us around, a proposition that marginalized people have faced for millennia. And we don’t like how that feels.

Perhaps complicating the narrative a tad, Schlesinger came under fire last year for her dismissive remarks about how other female comics tell “too many vagina jokes”—but not her! She tells smart, totally original jokes about, um, World War II! The overlapping layers of Schlesinger’s internalized oppression and St. George’s eyeroll-inducing victimhood provide an instructive snapshot of multiple shifting rationales.

Well before the floodgates burst with the #MeToo movement and the Shitty Media Men list, women in the New York comedy community compared notes and banded together in women-only social media groups to oust an alleged serial rapist from their midst. The Upright Citizens Brigade permanently banned performer/producer Aaron Glaser in one of the most publicized early instances of collective action getting the goods on a known repeat offender. This took place a few months after women in the LA comedy scene similarly cleaned house on alleged assaulters and harassers, against the backdrop of numerous allegations being leveled at then-candidate Trump, right around the time when “open secret” started to become a lamentable buzzword.

At that time, it was unclear where this groundswell of forced accountability would lead. The path forward is still uncertain, but survivors’ accounts now claim a new offender nearly every day, going all the way up to the White House, though not yet overtaking the Rapist-in-Chief. Now comes the backlash, i.e. the litigation.

Aaron Glaser, the banished New York comic, initially filed a lawsuit for $38 million against Jasmine Pierce, a female comedian and Tonight Show writer who called him a rapist on Facebook. That one petered out due to lack of money for legal fees, but now Glaser has mounted a new federal suit attempting to strip small business loan money from the Upright Citizens Brigade for promulgating “wrongful allegations of sexual misconduct” and “prejudice against men.” In other words, he’s suing them for believing women. He says his life is a shambles, he can’t get work and, even worse, he’s pretty sure he inspired a recent Saturday Night Live sketch.

Rounding out this collection of snapshots with a grim picture of a media ecosystem teetering on the brink of collapse, here’s this interview with former Funny or Die producer Matt Klinman. In the wake of a second round of editorial layoffs at the beloved comedy video platform founded by Will Ferrell and Adam McKay just under a decade ago,Klinman explains precisely how Facebook makes it virtually impossible to publish sustainable, independent comedy content on the internet. Klinman echoes many media watchdogs who responded with apoplexy to Mark Zuckerberg’s recent announcement of major changes to Facebook’s News Feed that will effectively gut entire publishing models by de-prioritizing media and business posts in favor of what he deems, with his reptilian glare, to be “meaningful social interactions.”

Here’s Klinman’s breakdown of how Facebook’s Bigfooting ways play out for independent comedy creators, even ones as well-resourced as Funny or Die:

“Facebook is essentially running a payola scam where you have to pay them if you want your own fans to see your content. If you run a large publishing company and you make a big piece of content that you feel proud of, you put it up on Facebook. From there, their algorithm takes over, with no transparency. So, not only is the website not getting ad revenue they used to get, they have to pay Facebook to push it out to their own subscribers. So Facebook gets the ad revenue from the eyeballs on the thing they are seeing, and they get revenue from the publisher. It’s like if the New York Times had their own subscriber base, but you had to pay the paperboy for every article you wanted to see.

The worst part is that as an artist, it feels like your own fault. We’re used to a world where if you put something out there that’s good, people see it and share it. But that’s just not true in this world. Someone can make something really good, and just because of some weird algorithmic reasons, or if it’s not designed specifically for Facebook, it doesn’t do well. And then it becomes impossible to know what a good thing to make is anymore.”

Ten years ago Funny or Die went live with a goofy, low budget sketch featuring Will Ferrell and Pearl, the foul-mouthed infant daughter of Adam McKay. The website went on become a crucial platform for comedy sketch videos spawning careers and genres. Now it’s obsolete. The amount of ground we’ve ceded to Facebook in such a short time is shocking, and it’s playing out daily to our immediate detriment. As an artist—er, “content partner”—I see the diminishing returns I get from promoting my work in a rapidly consolidating internet monoculture in which algorithmic criteria cooked up by some Facebook engineering team can determine a given project’s success or failure.

It’s an artist’s nightmare and a billionaire’s waking dream. You’re not gonna get a better snapshot of this current moment in comedy than that.