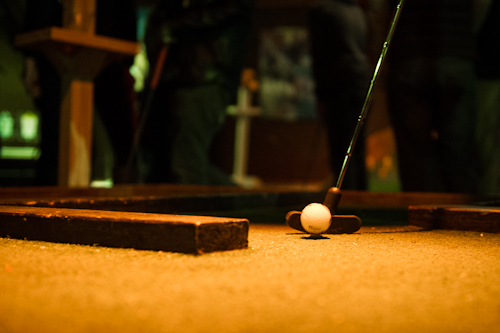 Smash Putt comes around once a year and when it does, you’d better jump on tickets, because they go fast. This year, 15 holes of fun await in a nondescript warehouse space in SODO. From power tools to high-powered pneumatic guns to scratch-and-sniff and unnavigable mazes, Smash Putt has things covered in the Crazy Golf Department. If you think it sounds tricky, add a fully stocked bar to the mix, and your night probably just got a little longer. Built by various artists, each hole is uniquely designed with varying degrees of difficulty. 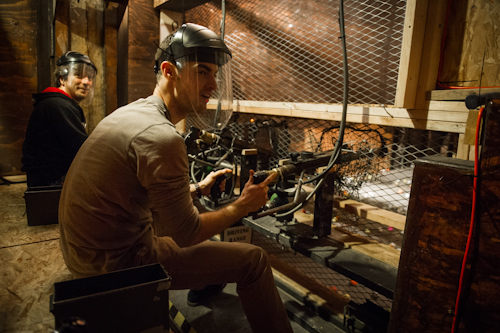 At a Cold War-themed hole, a player avoids getting the bomb. 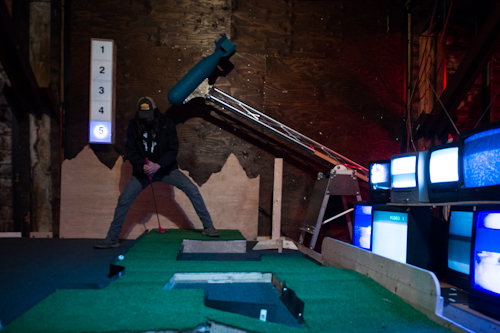 A scratch and sniff wheel was in full effect: Shoot the ball in to the hole corresponding to the scent. 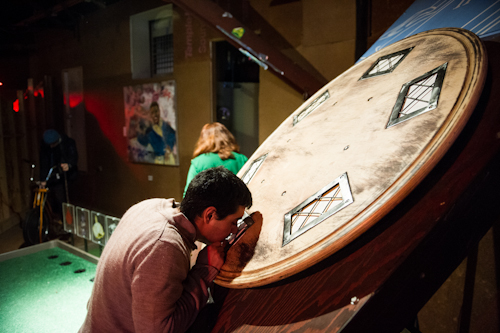 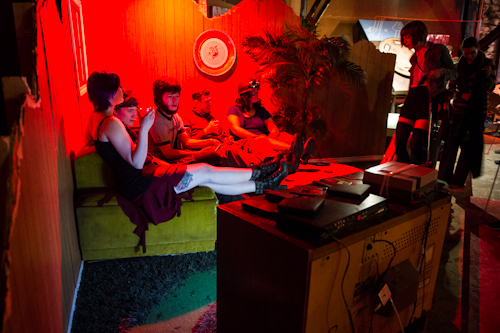 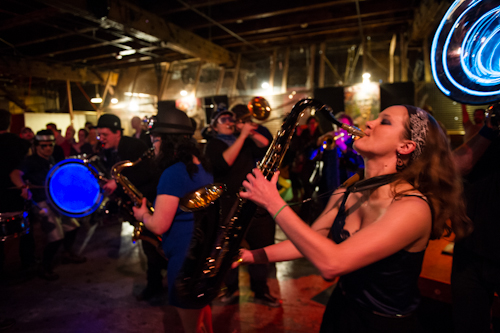 A player navigates his way through a series of alarmed lasers at “Mission Impossible”. 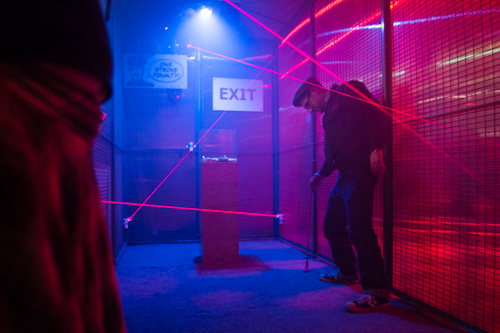 Smash Putt runs through April 28th. Tickets are available only for each upcoming weekend. www.smashputt.com