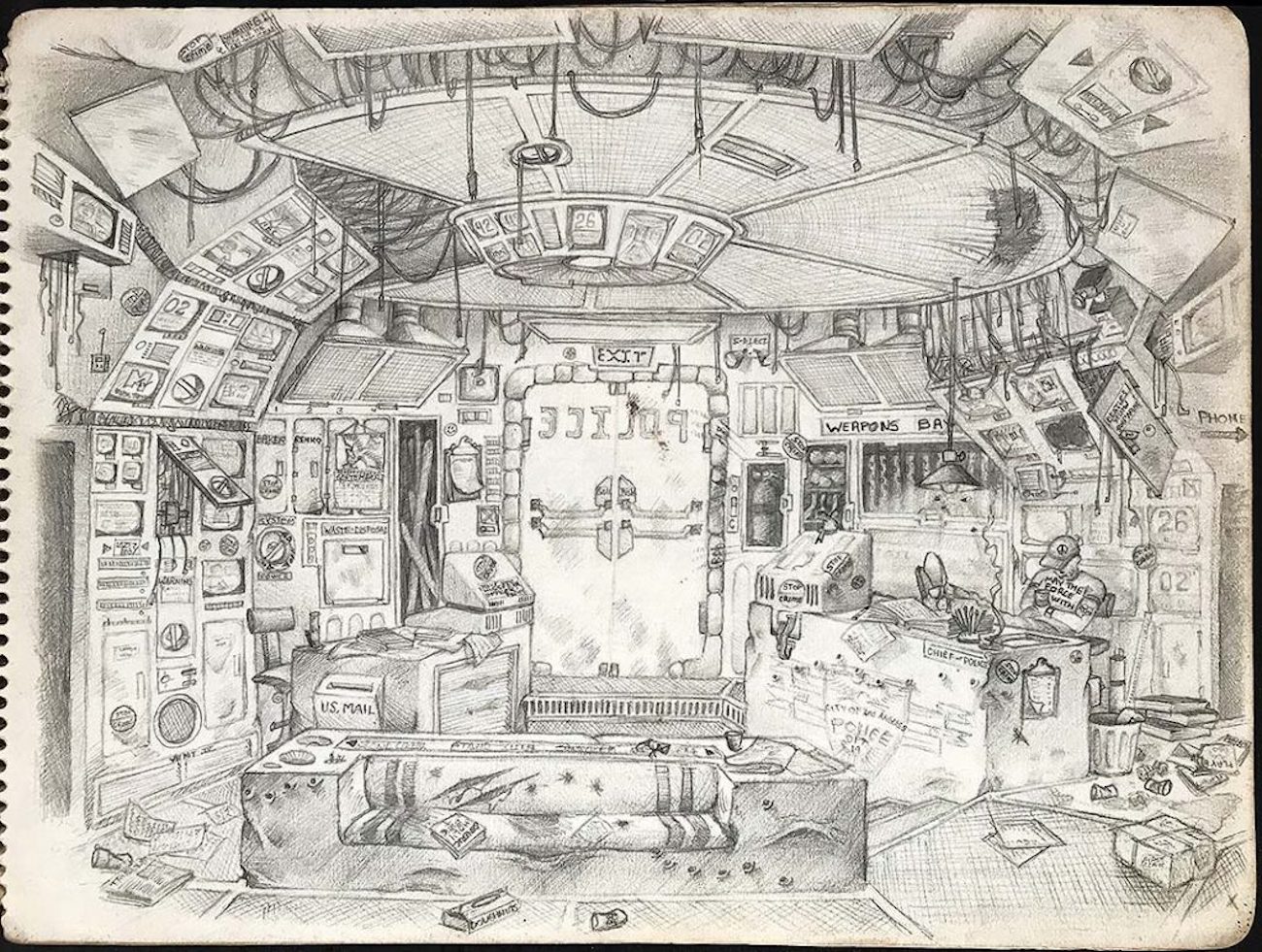 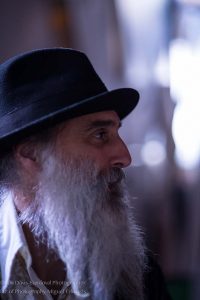 This isn’t the first time Jeff Mihalyo has appeared in City Arts. His prolific output never fails to stun; his masterful painting techniques render realms of the fantastic in hyperrealistic strokes. A visit to his studio a few years ago revealed crate after tucked-away crate of sketchbooks—he claims to have filled about a hundred. Now we get to peek inside the volumes ranging from 1980-2018.

“I draw almost every day,” Mihalyo says. “Drawing is a lifelong foundational activity of my art making process. Since the late 1970s I’ve maintained a practice of creating sequential pages within dated sketchbooks. They chronicle observations, ideas, styles and the practice of material usage, while also serving as a visual diary and archive that I regularly mine for painting ideas.” 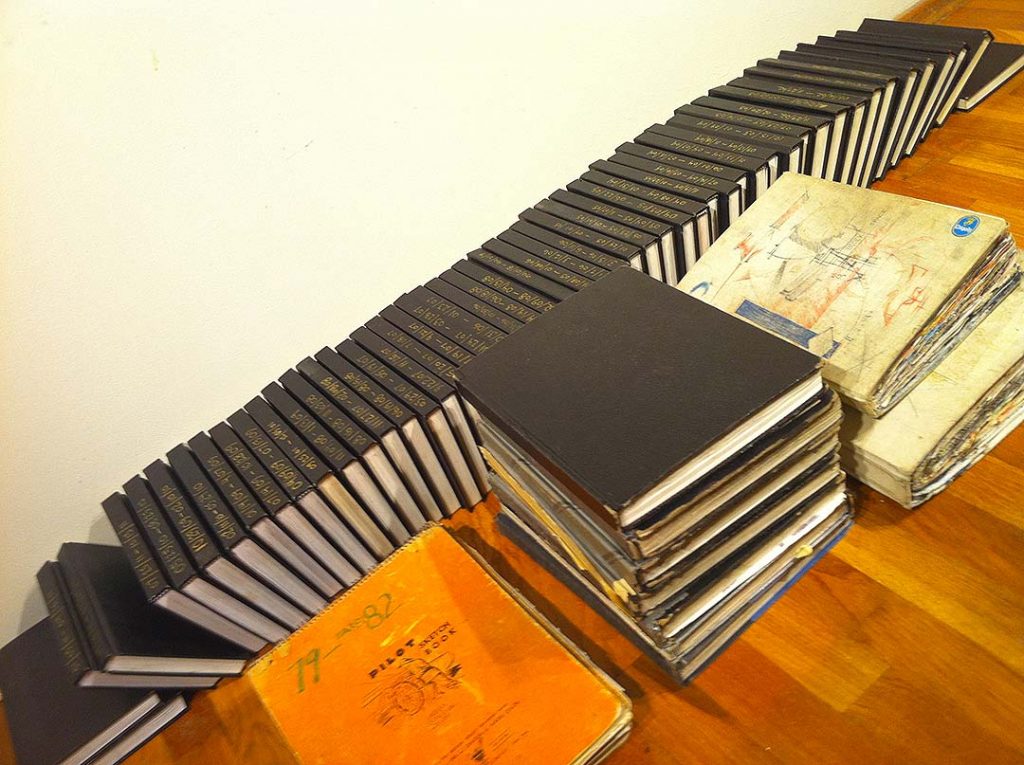 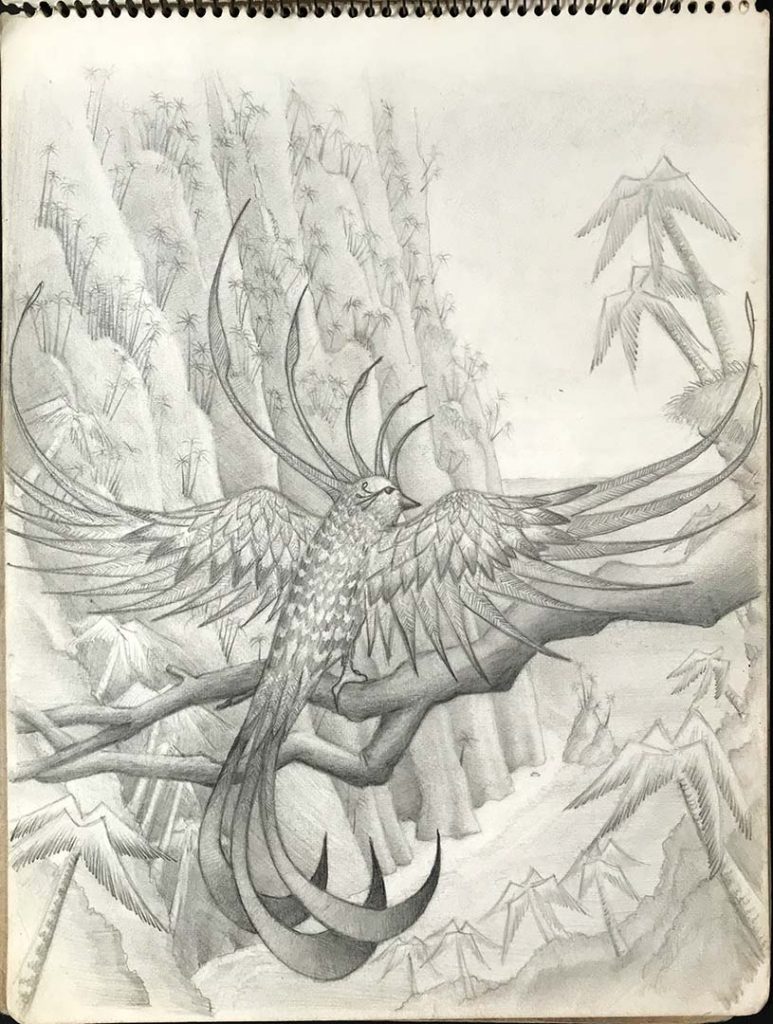 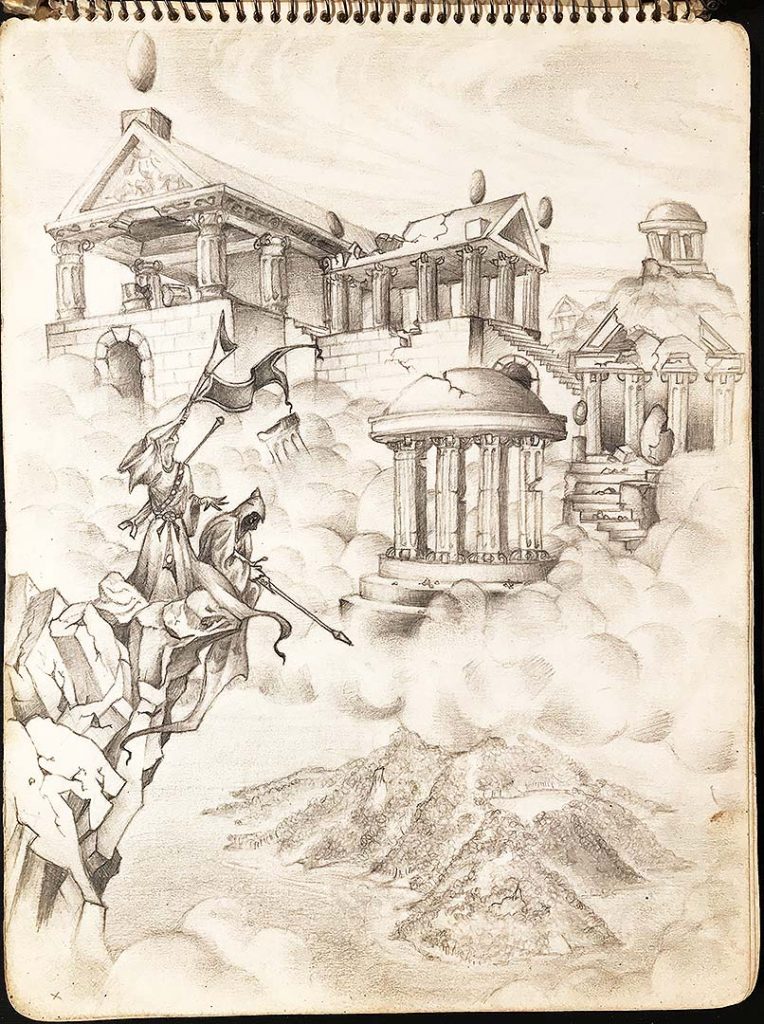 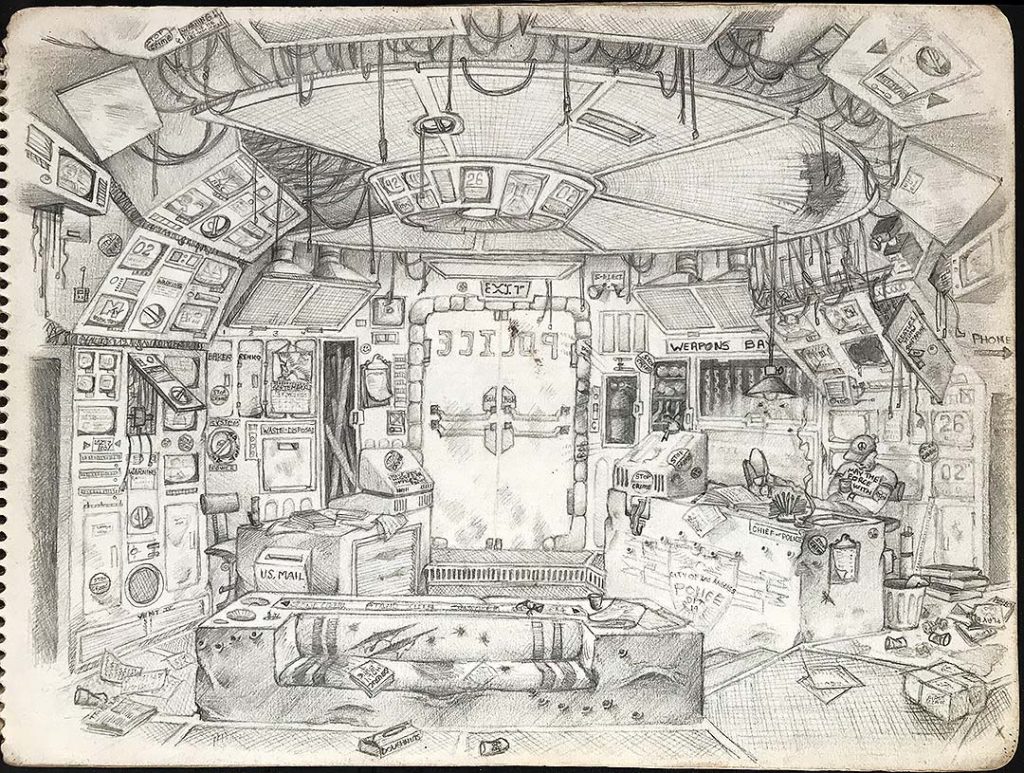 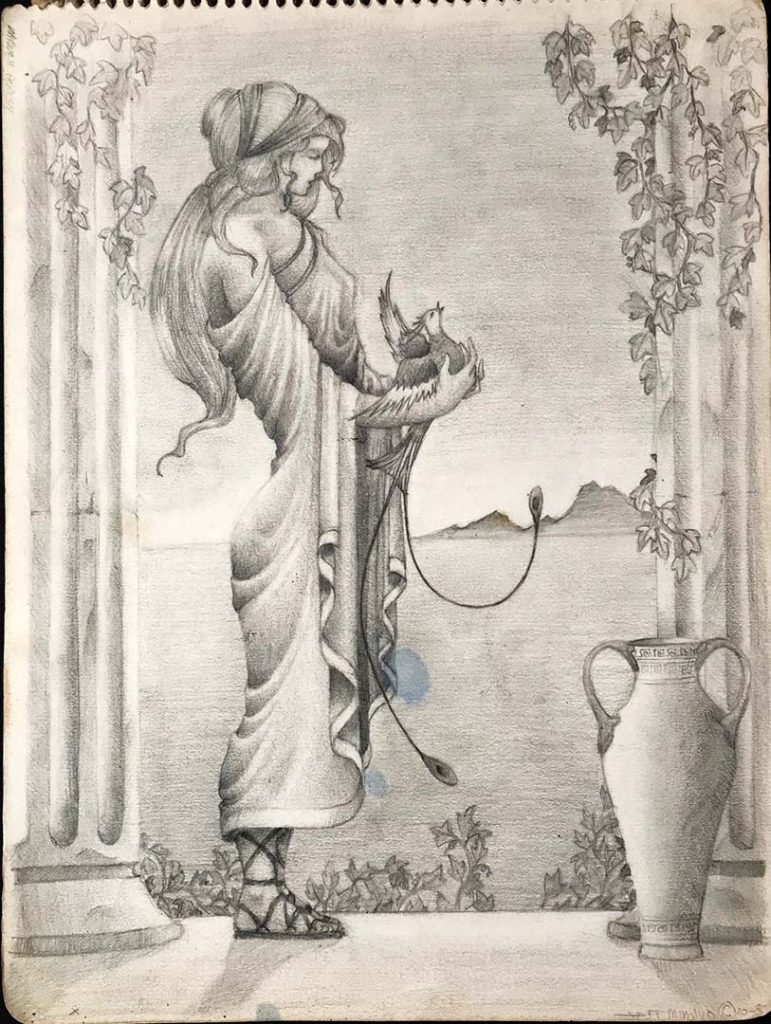 “As a self-taught youth I’d derived inspiration from Escher and da Vinci as well as science-fiction and fantasy media. When formalizing my education at art school my sketchbooks exploded with works in collage, charcoal, ink, paint, coffee, metal, fire and cigarette-butt ash.” 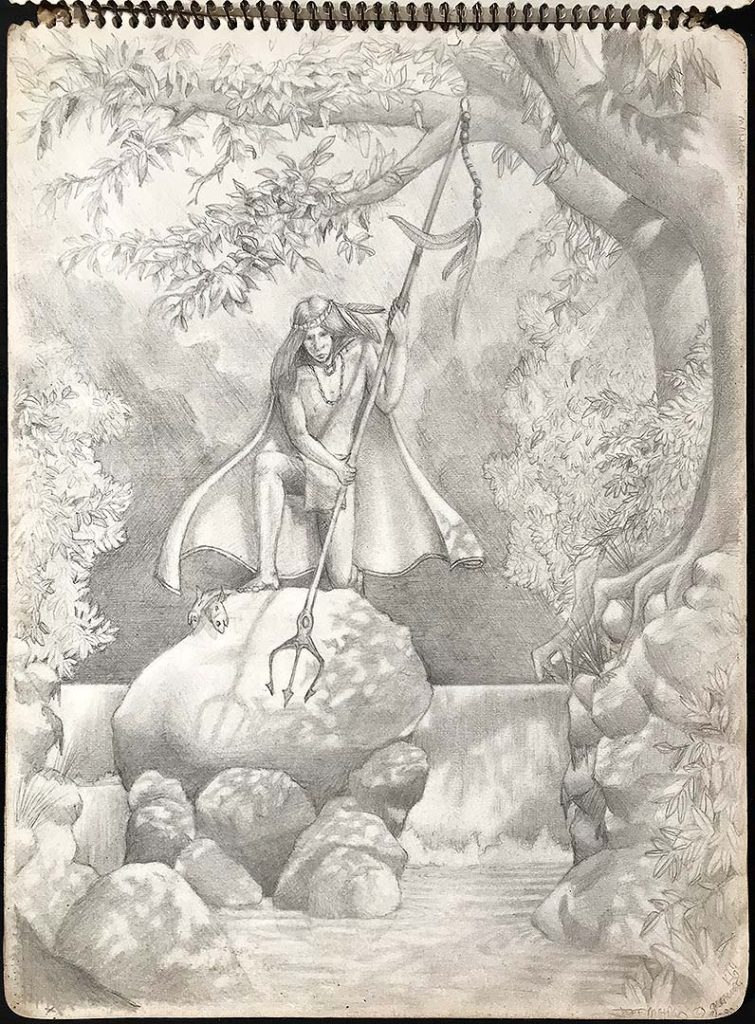 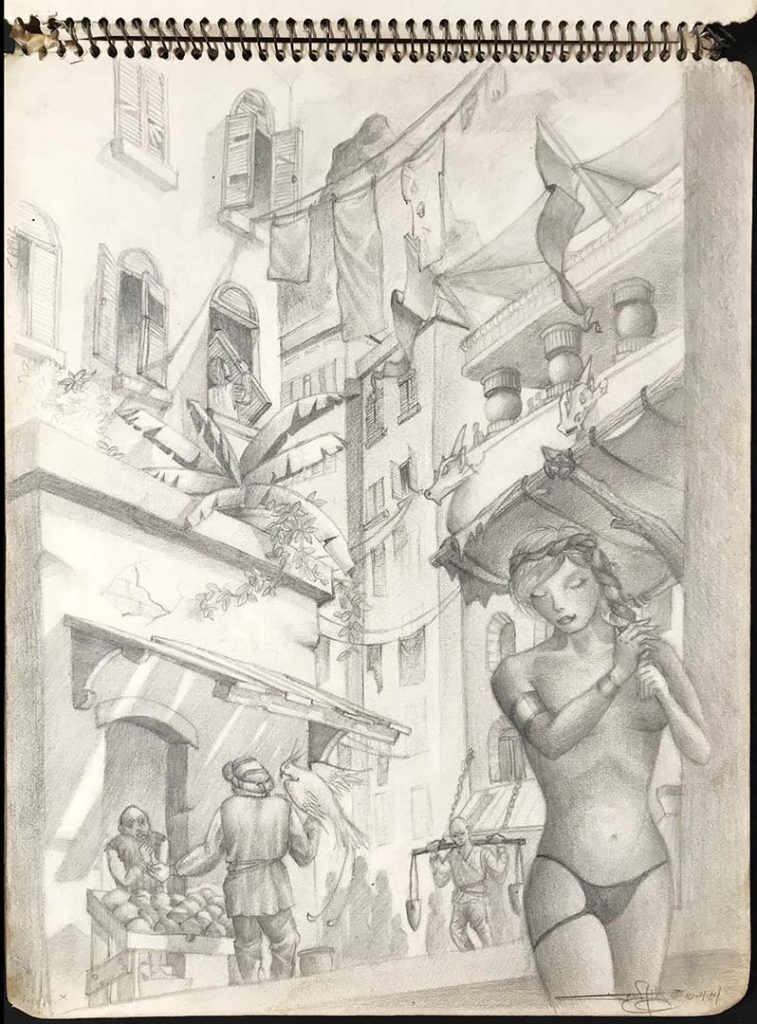 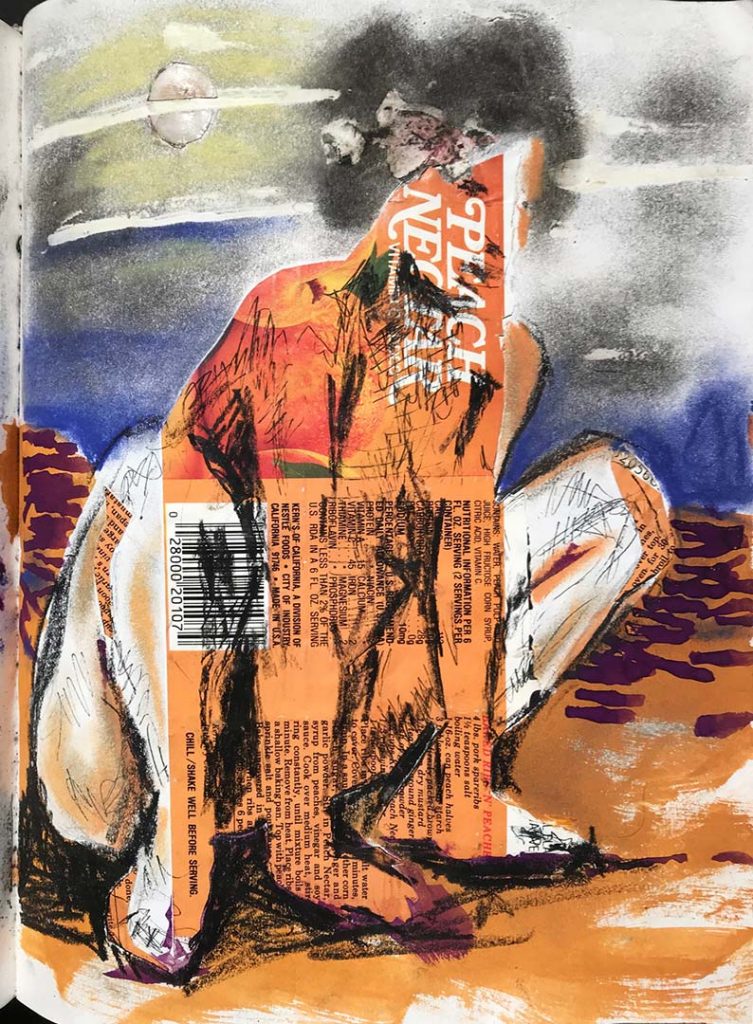 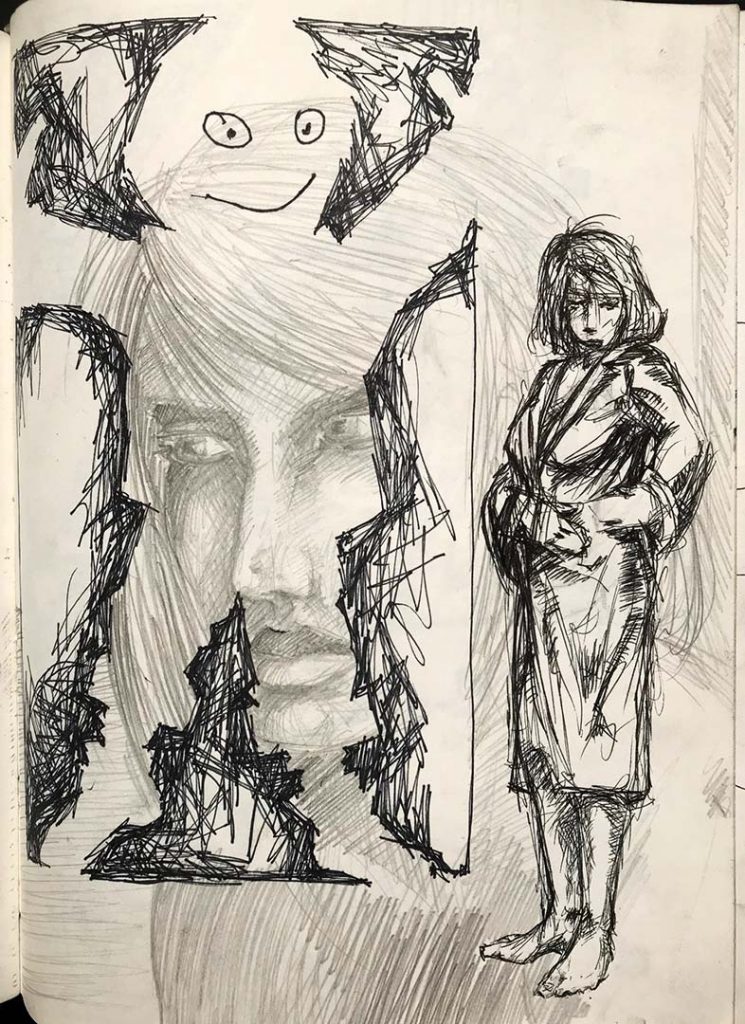 “Following college I continued sketching scenes of fantastic realism, surrealism and figuration. Travel inspired another sketchbook boom during the 2000s. More recently abstraction and mark-making have occupied more pages, sometimes due to working with my non-dominant hand. At 220 pages each, they’re arguably the most valuable things I own.” 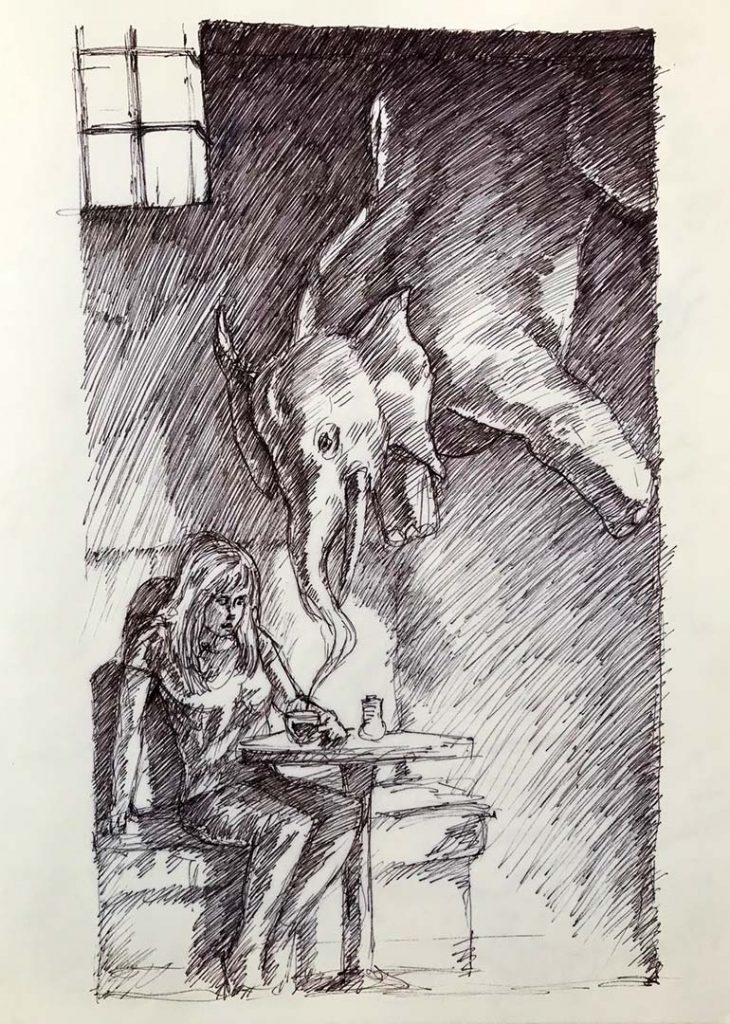 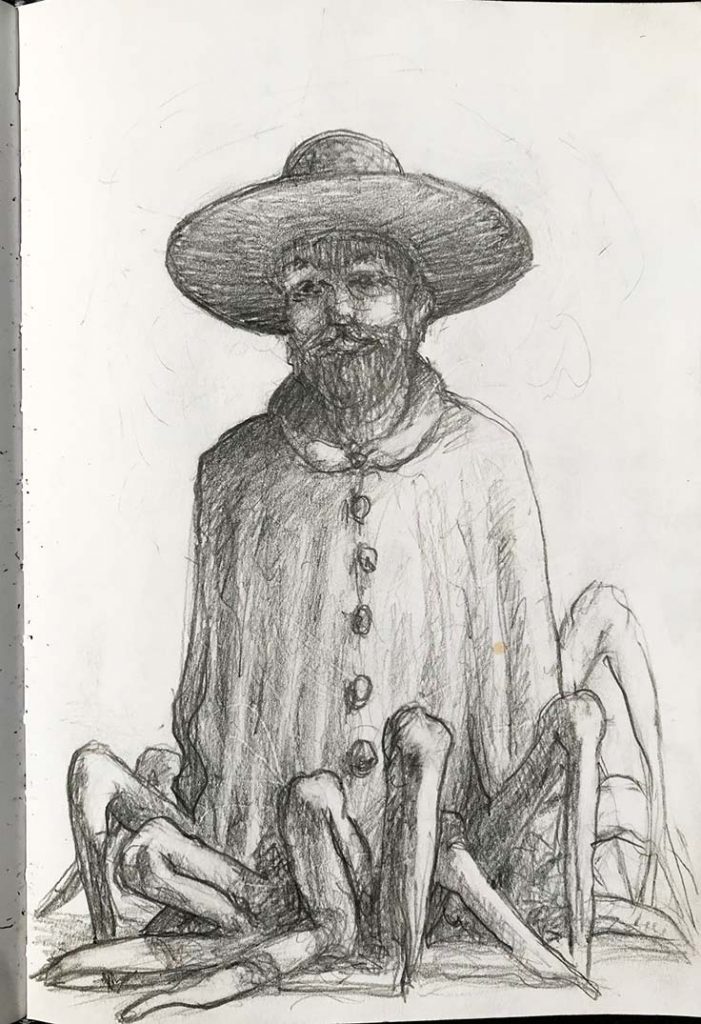 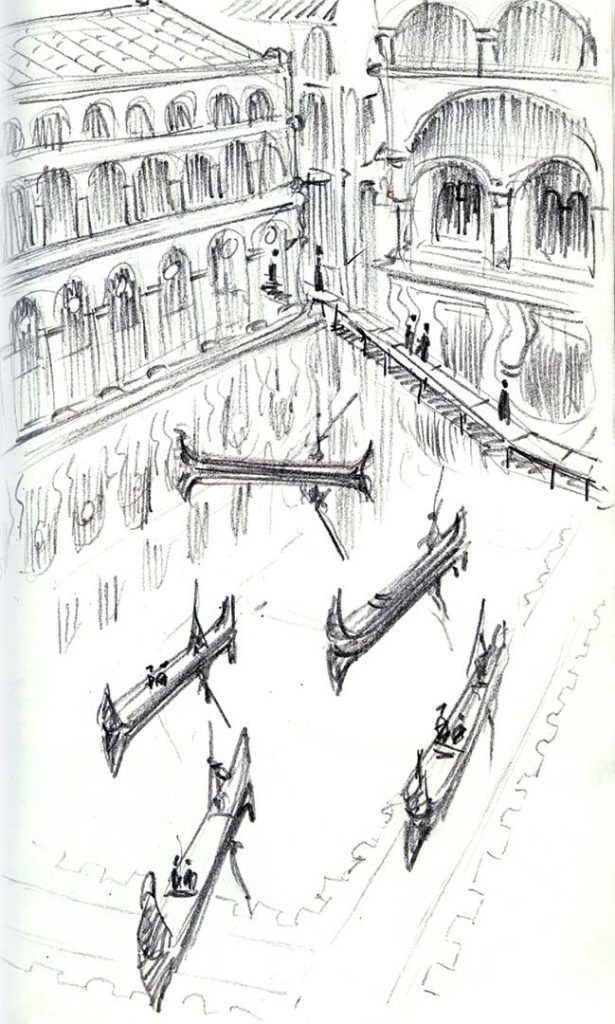 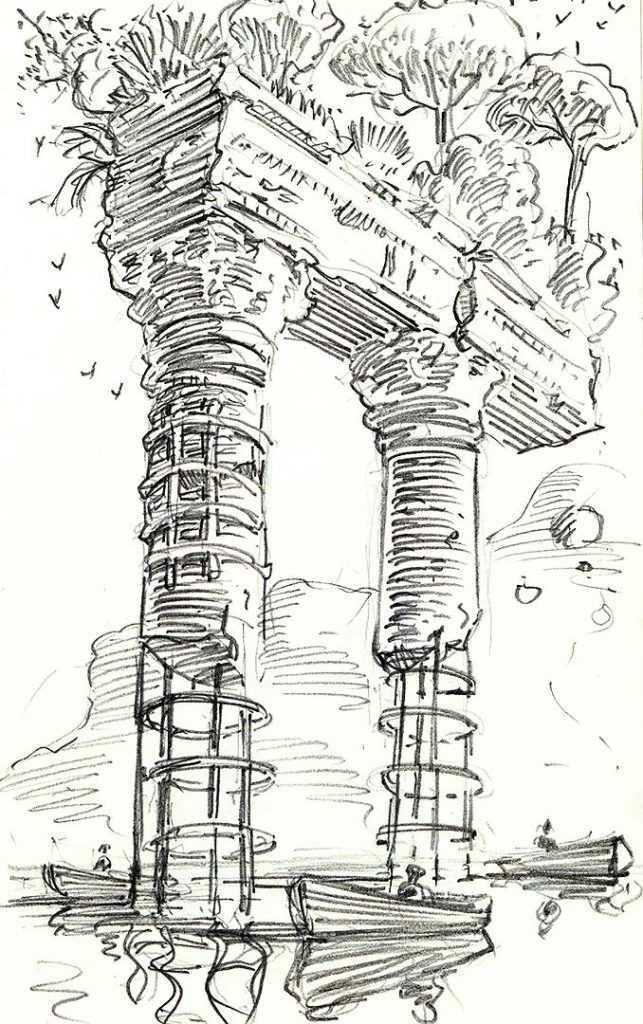 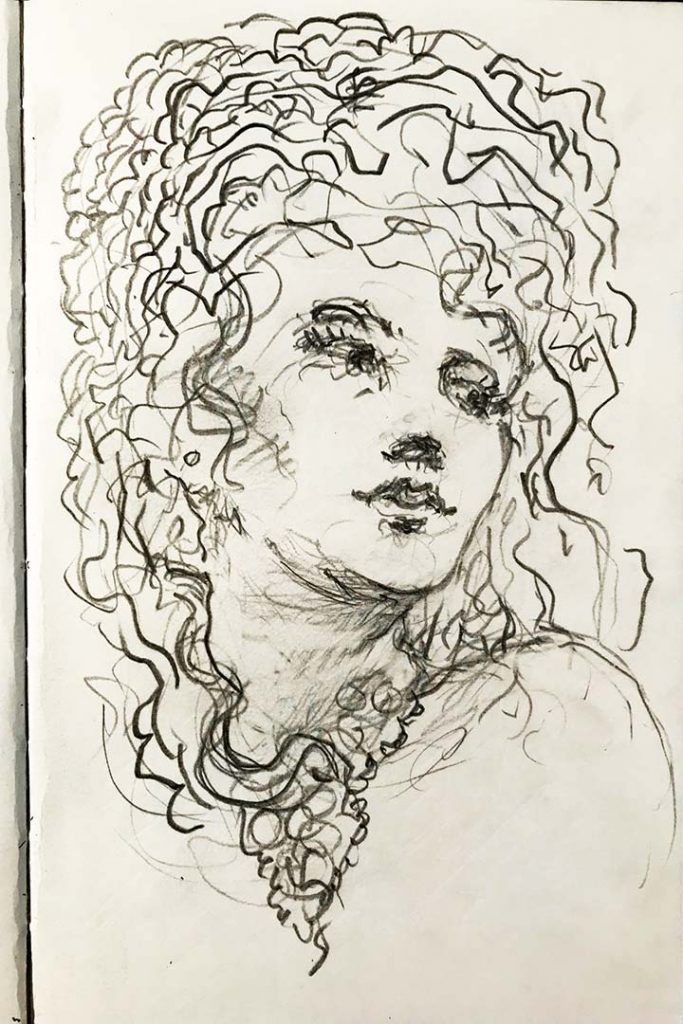 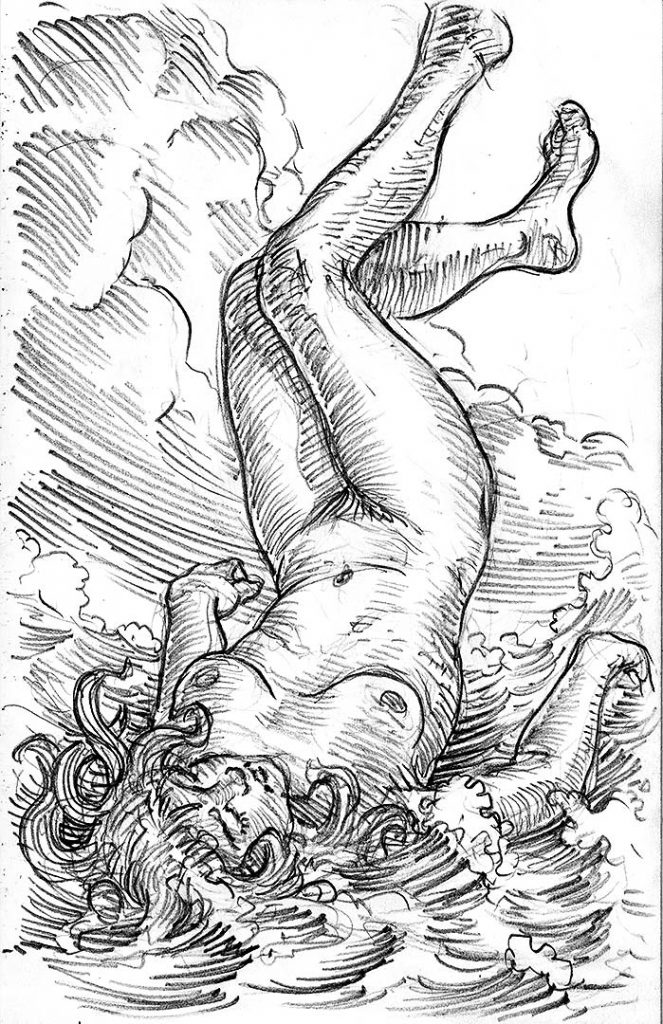 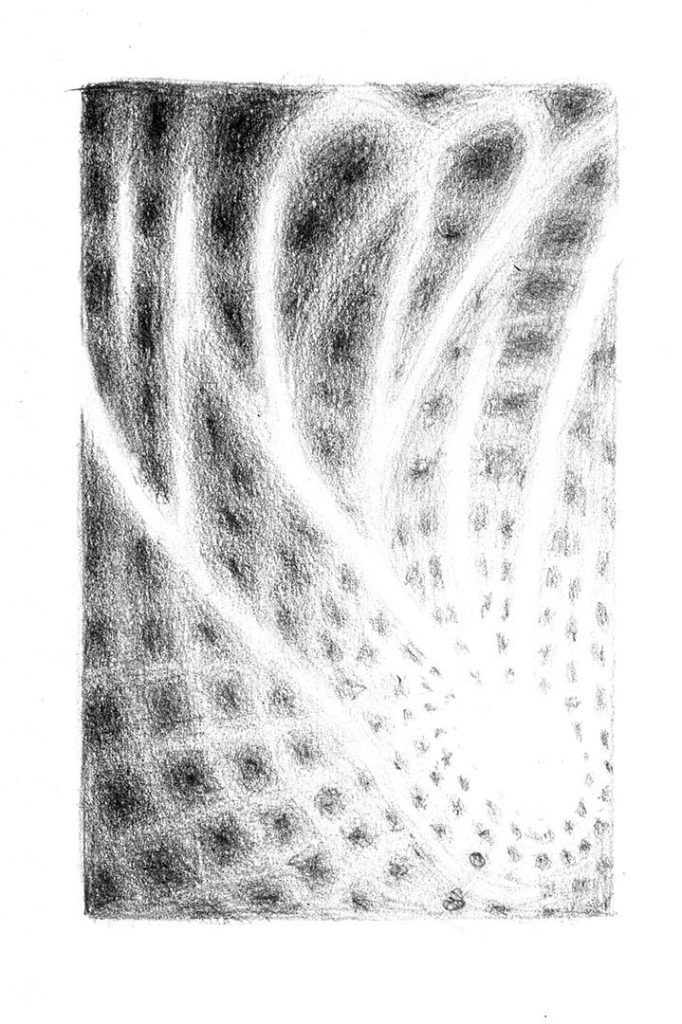 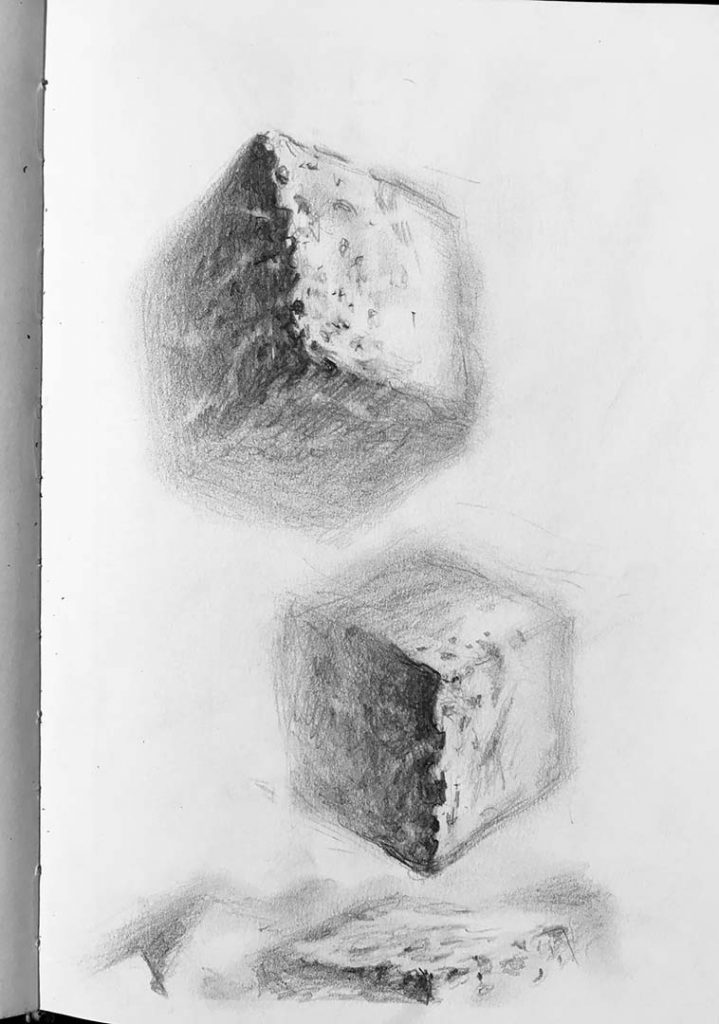