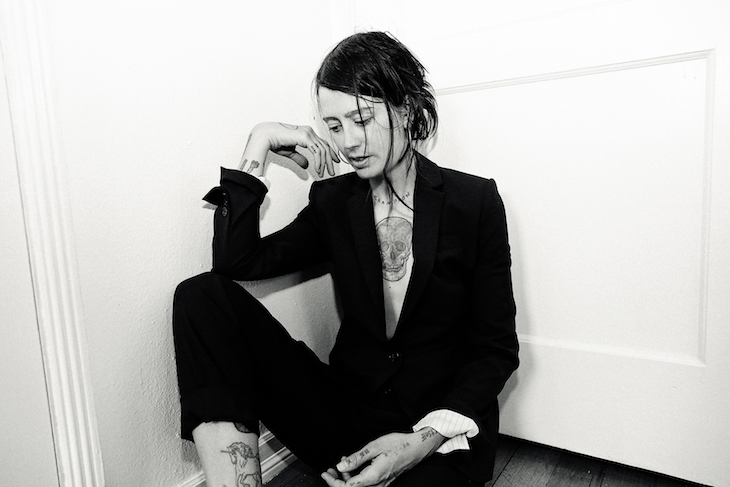 A crowded dancefloor is a more likely source of connection than a lonely apartment; one is unlikely to find faith in humanity by abandoning it. For most of her career, as singer and guitarist in late-’90s/early-’00s hushcore band Carissa’s Wierd, and since then as a solo artist, Jenn Champion simmered in her own suffering, singing of desperation and regret in a withdrawn whisper over home-recorded acoustic guitar and piano, as if repression were an act of strength and seclusion her only route to safety. She seemed to sing mostly for herself, and her listeners could emote alongside, alone together. 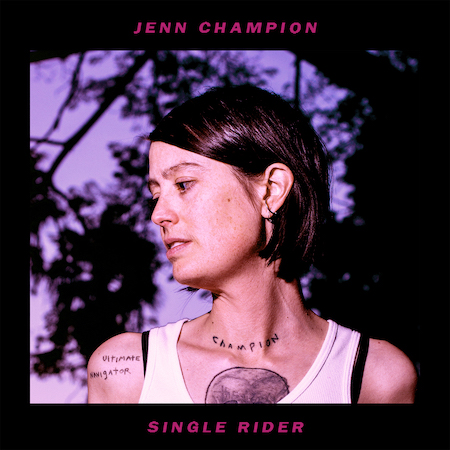 But some need has been stirring within her, and in 2014 Champion veered into the synthy, upbeat-ish “Tell Me” on her otherwise acoustic Cool Choices album. In 2016 she released an EP of remixes by electronic producers, sinister, beat-driven revisions of her usually somber sound. Now, with her new full-length Single Rider, Champion embraces dance-oriented electro-pop and its capacity for liberation through connection.

What makes her new music so brilliant is that she gets down on her own terms: Single Rider is still a Jenn Champion album, and like her previous work it deals with direly earnest confessions, only here they collide with the shiny, ersatz sound of synthesizers and drum sequencers. The resulting emotional dissonance expands Champion’s range, opening the door to the great beyond wider than she’s so far been comfortable with—and still the songs ring with debilitating honesty and hard-fought truths.

“We’re all trying to be real/But we need that sex appeal/And we’re all trying to be real/But we need something to feel,” Champion sings in “Holding On.” Among the album’s copious occurrences of Champion’s lyrical wit, that might be its defining line, and a pinpoint description of the modern world’s socially mediated struggle to establish its authentic self. The song thrums with elegant synths, shuffling percussion and a radiant guitar line, all played by Champion herself. Along with her ear for hooky songwriting, credit producer Brian Fennell for infusing these manufactured sounds with warmth and life.

The album’s opener and lead single, “O.M.G. (I’m All Over It),” immediately introduces its deliberate dancefloor vibe, and its attendant video, featuring Champion cavorting with the women of LA’s neon-Spandex-clad HyperBody Fitness crew, further establishes its 1980s sheen. Halfway through, the noirish “Never Giving In” slices open yet another mystery of modern existence with the line “We’re never giving in/And no one’s gonna win.” If we can live with both sides of a contradiction, maybe we can figure out a way to fix the mess we’re in.

With the album’s final two songs, Champion relapses into her traditional mode, alone at the piano on “Hustle” and boosted by reverb on the downtrodden “Going Nowhere.” It’s a bummer of an ending, but totally in character, like Champion stumbled home from the club and, finally by herself, climbs back into her cracked core. Solitude is what drove her to solicitation, and solitude is where she returns.