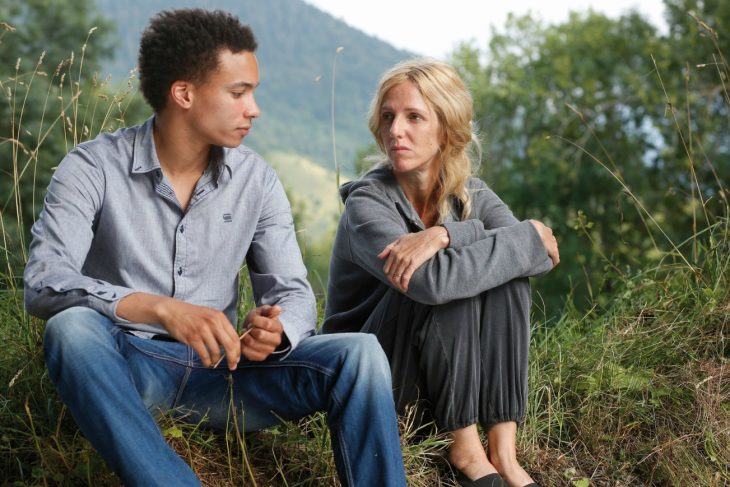 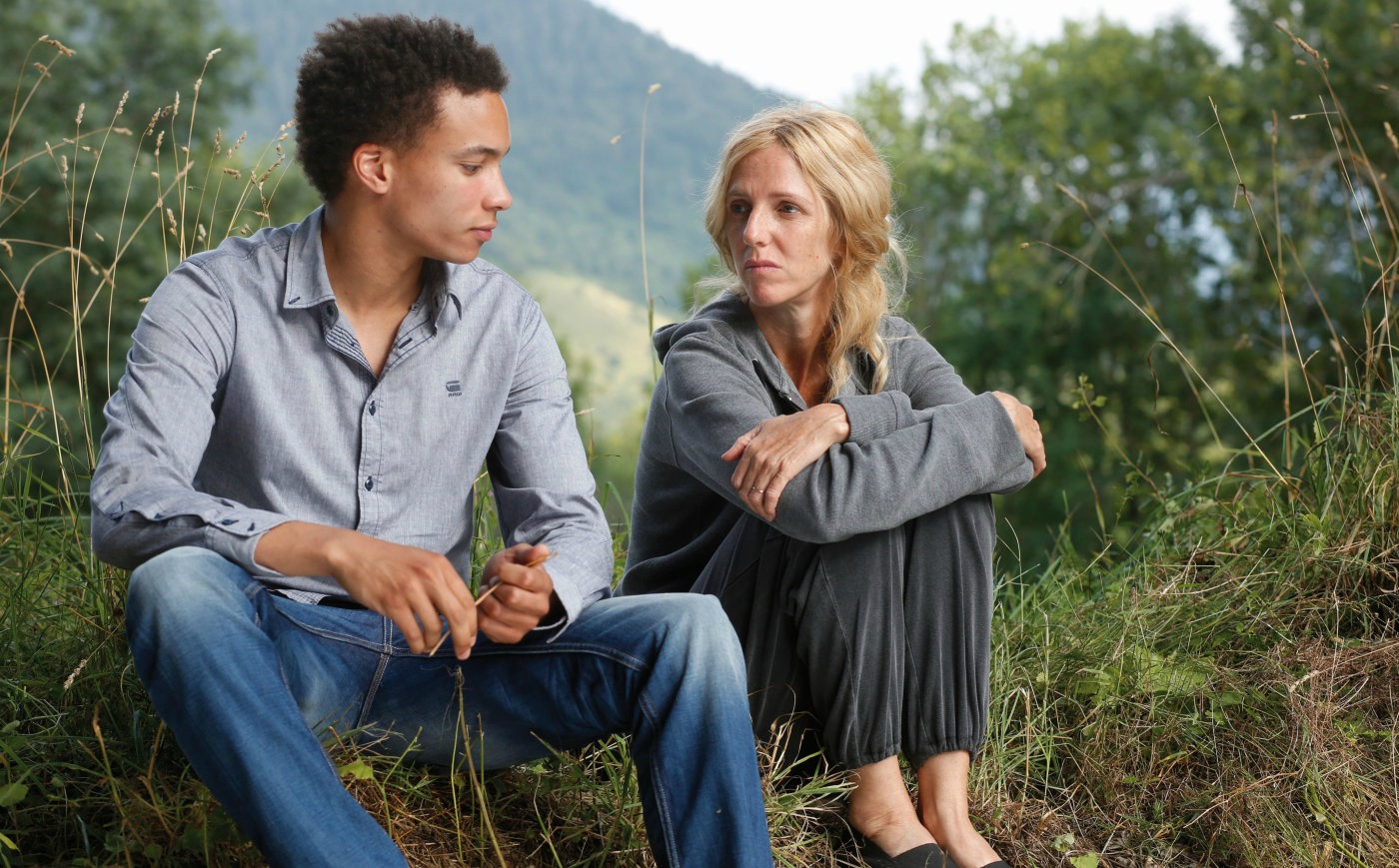 Seattle International Film Festival director and chief curator Carl Spence came by his role through a lifetime of arts participation, film study and volunteerism in Seattle, his hometown, as well as in Eugene, New York City, Palm Springs and San Francisco. Though he’s a familiar face at SIFF, he admits, “I like to be in the dark.” We drew out the introvert to discuss himself, a brief history of SIFF’s LGBTQ programming and his choices for the best of this year’s films.

It sounds like you’ve been a film buff all your life.
My friend’s dad had a video store, I worked in the video store. My degree is in theatre and Japanese studies, but I studied film, saw as much as I could. I did study at the NYU Tisch School for the Arts and made some short films for a short stint. Initially I was going to be a musician. I’m a classically trained pianist and play the cello and did all that at the university level, and realized I didn’t want to be in a practice room by myself all day long. I got into theatre and film, which I had always loved.

I built a cinema at the UW Hub that turned that auditorium into a theater with 35mm projection. Double-feature film programs played every week. Weird pairings where maybe I’d show Naked Lunch opposite Disney’s Beauty and the Beast. Populist and esoteric films shown together that would sort of merge audiences, and surprise some and get people to see things they might not expect to see.

What’s the first movie that you really loved?
I’m part of the Star Wars generation, I remember seeing the first Star Wars in the theater. But also earlier than that, I sort of grew up on animated Disney movies, for better or for worse. The movie that probably had the most impact on me might’ve been—my parents mistakenly took me to see An Officer and a Gentleman, because the babysitter told them it was a great movie. So that was one movie that opened my eyes to what else could happen in cinema.

Later, I spent a couple of years in Eugene and there was a great two-screen art cinema called the Bijoux, and I discovered new movies there. It’s in a former mortuary, so the two auditoriums are the two former chapels. They had midnight programming. And actually going to SIFF in my early years at UW opened my eyes to the wider world beyond home video and what was on VHS.

In my 20s, I got hired for a three-month contract at SIFF and then I just never left. Which is pretty much true. [Spence did leave for turns at the San Francisco and Palm Springs International Film Festivals.]

I’m guessing there were not 400 films being played at the Festival then.
It was half that size, maybe. A smattering of documentaries. Mostly features, international. Basically, it was 156 features and 72 short films. Now we’re at about 265 features and 150+ short films. Then it was only from 40 countries, now 85 countries represented. Last year we had 90+ countries.

Do you ever feel like it’s too much?
Most people see a few films at the festival, so it’s not too much. Because there are the uber cinephiles who try to see as many films as possible and have rarified taste, and specific films appeal to them more than others. But then it’s really great because it goes on for 25 days and we touch so many different people. It’s not just for the few, it’s for the many. Of the 150,000+ admissions, there’s definitely 75,000 or 80,000 unique people.

There’s definitely discoveries: 60 percent of the lineup is films without distribution; 24 percent of the films are directed by women, which is a good four times the average of the American film industry in terms of representation. And there’s always been a strong presentation of films for the LGBTQ community, from the very beginning. The first year there was a wild and crazy film Thundercrack to the Rocky Horror Picture Show in the first edition of SIFF. It’s great that now there’s other festivals in this city, but it was the first and the only place you could see films with gay, lesbian and transgender cinema, at the time.

What are your picks from among the 27 films with LGBTQ-related programming this year?

BEING 17
The new film from André Téchiné. Twenty-two years ago, we showed his film Wild Reeds. He’s up in his years as a director, but he teamed up with a younger woman director/writer, Celine Sciamma, who directed and wrote a film we showed last year called Girlhood, which was amazing. So his North American premiere of Being 17 will be showing as our Gay-La. Maybe that’s not politically correct anymore, because it should be the LGBTQ-La. But it’s just a play on words, instead of having a “gala” we’re having a “gay-la”. Which is a film that we want to spotlight with a party afterwards. It’s open to all.

Téchiné is just such a masterful filmmaker. The young leads he casts in it, along with the French actress Sandrine Kiberlain, give a great performance. There’s great charisma, and also it’s sort of a love story between two unlikely boys. It deals with family and place, social status. It’s honest and raw, and it’s pretty powerful.

THE QUEEN OF IRELAND
An Irish documentary about a drag queen, Panti Bliss, who became the accidental activist against homophobia in Ireland. It sort of paved the way for their historical referendum on marriage.

BURN BURN BURN
Directed by Chanya Button but people may freak out about the fact that it stars Laura Carmichael from Downton Abbey. Also I’m excited because she’s going to be here, along with the director, to present it in person. It’s a great film.

WOMEN HE’S UNDRESSED
Directed by Gillian Armstrong, about the famous Hollywood costume designer Orry-Kelly, who’s also secretly known as Cary Grant’s first lover. But who made it on his own in Hollywood as designer to the stars from Marilyn Monroe in Some Like It Hot to Casablanca, An American in Paris. It’s very artfully done, with lots of great footage and reenactments. It’s not your typical documentary.

Do you get a lot of feedback personally or organizationally about the LGBTQ programming?
All the time. Everyone has an opinion, so we want to make sure we’re being inclusive as far as how we’re labeling things. We have to make sure we expand our definition as far as how we present what’s in that selection. We’ve shown films that have dealt with [these] topics for 41 years. I think it’s a part of the Festival that’s always been inclusive and looked for films we think would be great to showcase just as cinema, that also happen to tell stories from a different point of view.

How do you think those narratives have evolved over the years?
As things have been integrated into the mainstream, one thing is more films that are well-made and polished. We’re looking for great films, and we focus on what countries have films that deal with these communities. It’s much more wide-ranging now, from Venezuela to India to Chile, whereas before it might’ve been more France, UK-focused [before]. I think that they’ve become more international—we have a film from Morocco [this year]. That’s less prevalent to have from a country where it’s still a big taboo and it’s not culturally accepted, and people are threatened, and maybe at risk in terms of making something like this.

It’s interesting that people feel safe to bring their film out into the world even if that’s still the case in their own country.
Right. That’s definitely an interesting conundrum as far as where and how these films are shown, and how that affects what kind of risk and spotlight people are putting on themselves, based on their situation, and how they’re able to live their lives as human beings. Obviously things have changed so much in the last 20 years, if not in the last five and 10 years. Here in the United States but also in Europe. In some ways, it seems like things were much more progressive in Europe, and now, despite the fact that there are still people that are trying to beat that back, at the top level of our country we have been given a pretty amazing mandate of approval and acceptance.

Do you have a couple favorites from festivals past?
One that was huge—I witnessed the explosive love from the audience—was when Priscilla, Queen of the Desert premiered here. Terence Stamp was in person and introduced the film. It was just electric in terms of the audience reaction. That dates me a bit.