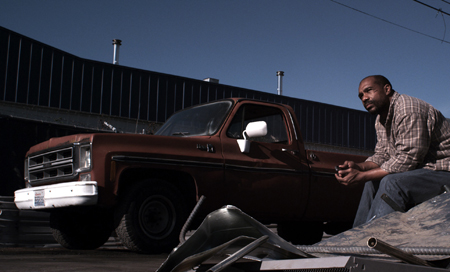 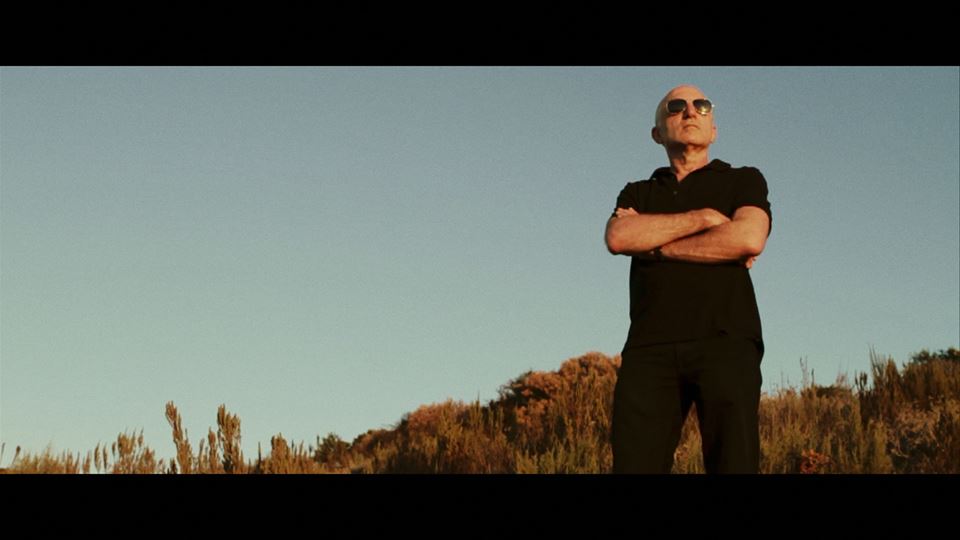 It’s a little after 6 pm on Wednesday, May 22 and Seattle-based filmmakers Liz Weber and Josh Taft are sitting in a neon orange booth at the Queen Anne Dick’s, just across the street from the SIFF Uptown. But they’re not grabbing a bite to eat—the restaurant is the quietest place they can find to discuss Alive and Well, their feature-length documentary premiering at the Uptown in less than an hour.

The movie follows the lives of seven people affected directly by Huntington’s Disease, a neurodegenerative brain disorder that encompasses the worst elements of ALS, Parkinson’s Disease and Alzheimer’s. It’s a genetic affliction that sometimes takes years to overtly rear its head physically. Early psychological and emotional symptoms get misdiagnosed as moodiness or depression. By that time, many of HD’s sufferers have already had children, each of whom in turn faces a 50% chance of inheriting the illness. The movie’s subjects—everyone from former NBC war correspondent Charles Sabine to Oregon teenager Heather Alimossy to Brooks & Dunn drummer Trey Gray—cast a diverse and very human face on the disease.

Taft directed Alive and Well, and Weber (better known as entrepreneur/co-owner of Via Tribunali and Caffe Vita) served as an executive producer. Their investiture in the film, it turns out, is more deeply personal than financial or creative. “Huntington’s Disease is in my family,” Weber states directly. “I was born with a 50/50 chance of inheriting it, because my mom had it and she inherited it from her father.”

Weber dodged a bullet by testing negative for HD, but saw her mother pass away from the disease. Taft, a close friend to Weber, bore witness to the physical and emotional rigors of the illness as well. “I saw Liz’s family directly coming to terms with what [the disease] is like firsthand,” he says.

The loss of her mother spurred Weber to become an advocate for those affected by the disease. She became actively involved in fundraising for Huntington’s, staging fashion shows and concerts to generate funds for the cause. Weber’s friendship with Taft stretched back to the early 1990s (when he directed a video for her then-husband Stone Gossard’s band, Pearl Jam), so it felt natural for her to go to the director and his partner, filmmaker Cindy Gantz. “Whenever I needed help with lighting and production value [for the fundraisers],” Weber says, “they’d come in and basically help me pull off something beautiful.”

The seed of Alive and Well was planted during a concert commemorating the 40th Anniversary of the passing of HD’s most famous casualty, folksinger Woody Guthrie (whose wife Marjorie founded the Huntington’s Disease Society of America). Weber asked Taft and Glantz to produce a film piece around the concert.

“Josh had the great idea to put some context into the concert by interviewing 22 people who were there and affected by the disease,” Weber says. The concert footage never made it to the editing room, but the filmmaking team prepared a five-minute piece using the interview footage. “When we left,” Weber says, “Josh was inspired to put together a film that told the story of people affected by HD.”

The project threw Taft a curve ball: Despite years of directing music videos and commercials, as well as creating TV shows for ESPN and Fox Sports, he’d never directed a feature, never mind a documentary. “Crossing that threshold and walking into the world of the people we were photographing was a very intimate, very difficult thing to do,” he says. “It had to be done with graceful, soft steps, which is the polar opposite of the way I normally work as a director. I normally storm in, take over the little world we’re working within, and push as hard as we can until we get what we need.”

According to Taft, Weber was key in orchestrating this approach, and in serving as a conduit between filmmakers and interviewees: “Oftentimes, Liz actively participated in a lot of the interview situations, and was crucial in giving us access.”

With its unimpeachable good intentions and already-compelling subjects, Alive and Well is (rightly) critic-proof, so the fact that it’s also a solidly-crafted, powerful piece of cinematic storytelling counts as a bonus. Taft uses the same visual gifts he applied to building the mythic status of rock bands—slow-motion passages that lend a poetic air to the subjects, loving close-ups that accentuate the distinctive features of each face—to imbue very different subjects with their own quiet heroism.

The drive to make this film, he and Weber insist, was simply to enlighten the general public about Huntington’s. But with their labor of love just minutes from being exposed to the world, enthusiasm’s kicking in. “We’ve been working on this film for six years, through a lot of ups and downs, and now we’re on the biggest up of the process: It’s actually here,” Taft beams.

He smiles, faint but definite, as he gestures towards the cluster of human beings queuing around the Uptown to watch the movie. “There’s a line forming out there, mostly of people who probably don’t know anything about what they’re about to watch. That’s a dream come true,” he says. “I’m just living in the moment right now.”

Alive and Well screens at 4pm today at the SIFF Uptown.]

Scrapper, the sophomore feature from Seattle director and renaissance guy Brady Hall, shouldn’t be as terrific as it is.

On paper, it reads like routine indie flick fodder. Former Boeing employee Hollis Wallace (Michael Beach) has scraped out a living for years scavenging and selling scrap metal, all to keep a roof over himself and his ailing mom (Jennifer Lanier). Then he stumbles upon hot teenage mess Swan (Anna Giles), who happens to be hanging around at the house of a screwloose older guy (Game of Thrones’ Aidan Gillen). The girl gradually elbows her way into Hollis’s monochromatic existence as an Apprentice Scrapper and would-be surrogate daughter figure, and you can guess the rest. Then again, a fair amount of the time you can’t—and that’s part of Scrapper’s rough-hewn charm.

The sharp script (by Hall and producer Ed Dougherty) thrives on little details, portraying Hollis’s work routine with a birds-eye view that suggests a leisurely riff on Alex Cox’s Repo Man. It’s as remarkable for what it doesn’t do as for what it does do, never overstating its intentions to the viewer, providing enough loose-limbed spontaneity to yield subtle surprises amidst the formulaic set-up. It’s also funny as hell, but never at the expense of its core characters. Credit the script and the performances for giving even the most farcical characters—Gillen’s sadomasochistic jerk and local actor Basil Harris’s deliciously oily rival scrapper—roots in reality, even as DP Connor Hair finds visual poetry in Hollis’s dreams and the prosaic surroundings.

Hall hit major pay dirt with his cast, a combination of old pros and local faces who perfectly deliver Scrapper’s mix of hearty chuckles and affecting emotion. Beach has paid dues over the years in everything from The Abyss to Sons of Anarchy, and he meets the challenge of centering the movie with quiet charisma. Giles, a Seattle theater vet, disappears into the role of a street-smart, precocious teenager with the kind of offhanded, scene-stealing ease that wins awards. The movie’s soul resides in the chemistry between these two actors, and the awkward confluence of the familial and the sexual infusing their friendship feels completely honest. Lanier’s low-key work transcends spunky-old-lady clichés and adult film star Joanna Angel delivers a solid supporting turn as caretaker to Wallace’s mom.

Largely shot on location in Hall’s Beacon Hill neighborhood on what must’ve been peanuts, Scrapper is as small-scale as you can get physically. But it’s yet another example of a resourceful indie director getting the maximum bang for his buck. To heck with this being one of the best locally-shot indie features of SIFF 2013: Scrapper is sure to stand as one of the best indie features of SIFF 2013, period.