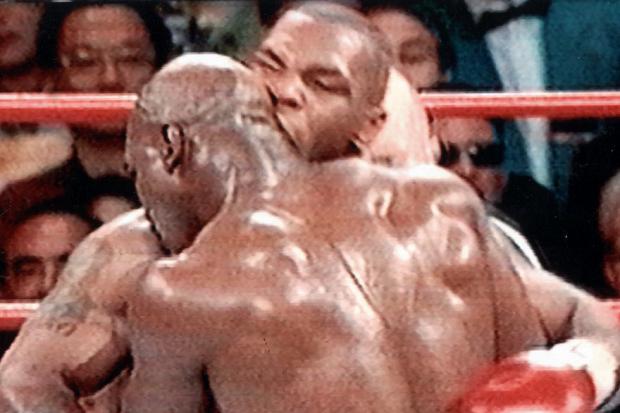 The night before interviewing for my first job in politics, I suffered the grave indignity of having to learn what a covfefe is on the Internet.

On Tuesday, May 31 President Trump—mired in ongoing speculation about the role Russian hacking played in his election—took to twitter to bemoan the “constant negative press covfefe” dogging his administration. As I put the finishing touches on my job interview prep for the position of field organizer with the Jon Grant for City Council campaign, I noticed a brewing Twitter storm surrounding the proverbial “cofveve.” America as a whole had officially entered what sports journalist Bill Simmons has called “The Tyson Zone,” an era when any story, no matter how absurd or outrageous, seemed entirely plausible based on the recent behavior of the story’s subject.

My first reaction was anger: The inanity of our political discourse contradicted the seriousness with which I was trying to approach my own entry into the field. I went to bed mad, and not a little embarrassed to be an American. As midnight gave way to the wee hours, my second (sleepless) reaction was a grudging acceptance that turned into resolve.

At the interview, I feared my sleep-deprived gait appeared lifeless and flat. I butchered responses to questions I had spent hours practicing. I spilled a cup of water. Leaving the campaign office where the interview took place, I interpreted the covfefe kerfuffle as a bad omen. I’m too earnest, I thought, performing the kind of sad self-scrutiny that happens after you’ve been sexually rejected. I care too much. This job belonged to somebody who doesn’t take politics personally. Somebody who can be trusted with a cup of water.

I got the job. Two weeks in, it still doesn’t seem real.

In my first week as a field organizer, I went door to door, canvassing for Jon Grant while keeping an eye on the UK snap election. In between conversations with Seattleites about my candidate’s proposal to make 25% of all new housing developments in Seattle affordable for working people, I watched on Twitter and Facebook as election returns poured in. Against all odds, Britain’s triumphant Labour Party had gained seats in the parliament with an unabashedly left-progressive platform that countered the Thatcherite redux of Theresa May. It emerged that a major reason for the Jeremy Corbyn-led resurgence was the Labour Party’s vaunted “ground game”—the same kind of gritty campaigning I was hired to help steer for Jon Grant, an avowed democratic socialist.

In the UK, the hard-to-quantify social currency of campaign idealism and volunteer energy was converted into the very real political capital of a mandate for change. It was the definition of inspiration. “The local party offices, besieged by hundreds of people willing to knock on doors and hand out leaflets and do anything to help, had no way of entering the [political] model,” wrote Sam Kriss in a rousing post-mortem of the UK elections. “This was all just enthusiasm, a disease of the die-hard, an ephemeral wash that would break against the brute solidity of political fact. It wasn’t real.” Until, suddenly, it was.

In the virtual reality of social networking, the left is known for an excess of enthusiasm. The flood of rose emojis indicating membership in the Democratic Socialists of America (DSA) has become a fixture on the social media landscape and angsty Gen-Z’ers who’ve never even met someone from the old U.S.S.R. flash the hammer and sickle. To some observers, the irony and provocation displayed by the left on Twitter are reminiscent of alt-right vectors like 4Chan and Breitbart. But as Angela Nagle points out in her 2017 book Kill All Normies, “Offline, only one side saw their guy take the office of US President, and only one side has in their midst white segregationists, misogynists and racists.” If those of us on the left are everything we say we are, we have work to do to prove it.

If we’re truly serious about our ideas—if social transformation is our goal, and not a series of petty gestures performed to blow off steam—then we must confront and dismantle the primacy of the latte liberal who values affordable housing but doesn’t want to pay for it with property taxes. Or the gentrifier who explained to me while canvassing that the person with the biggest cave has a right to displace whoever has a smaller one. “Since prehistoric times, that’s just the way it’s been,” he said, getting into his mayonnaise-colored Mercedes as we parted ways. In Seattle, the conservative undercurrent beneath our satisfied surface is the 800-pound gorilla in City Hall that keeps real change from taking hold.

Seattle has not had an (openly) conservative city council member in decades. The crisis of unaffordability has taken place entirely on the watch of proud Democrats and self-proclaimed progressives. From a distance, drawing distinctions between centrist liberals, progressives and leftists may look like party infighting. But the hairs must be split because the distinctions matter now more than ever. As a Seattle DSA member named KJ Moon once explained to me during his volunteer canvass shift, Seattle is in the middle of a dramatic demographic change, where the populations that stand the most to gain from a truly leftist agenda of affordable housing, livable wages and police oversight are precisely the ones that are being priced out of the city—people of color, service workers, Millennials. If those populations leave, the demographic anchor of Seattle’s left flank could go with them.

Seattle’s upcoming 2017 election cycle is a critical turning point, a last-gasp effort for the city to live up to its reputation as a welcoming place or go down in history as the sequel to a late-capitalist debacle born in now-unaffordable San Francisco.

While canvassing near the Central District, on my very last door of the day, an elderly Black couple greeted me at their front stoop. Their faces—weathered but not deteriorated by the battles they fought to get into and then stay in this home, which was built back in the Civil Rights era—were a sight for sore eyes. “Young man,” the husband asked as I fumbled through my clipboard for campaign literature to leave him with, “have you done your homework?” I assured him that I had—I knew why I was out here and what was on the line. And because he asked, I walked away surer than ever.