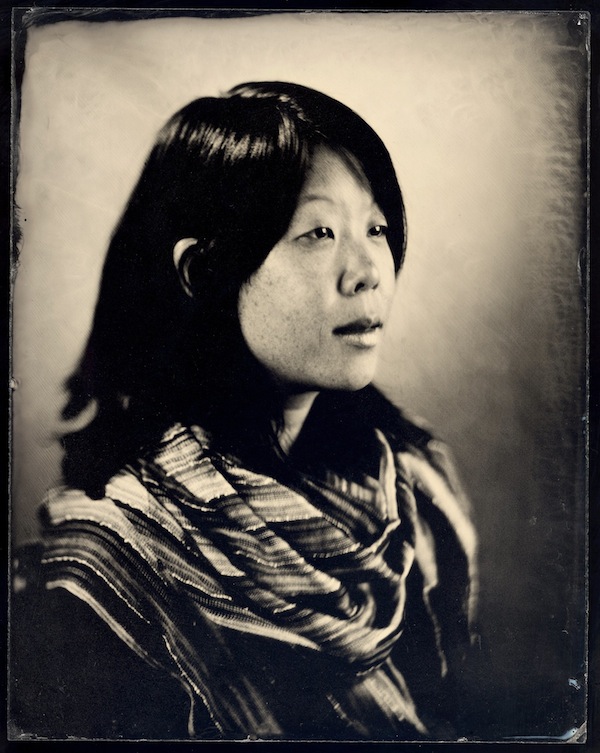 Aux Arcs is a historical French reference to the Ozarks mountain region, which is pronounced the same way. Shin Yu Pai’s eighth poetry collection, out from La Alameda Press, takes its name from this area, where she spent time while working in the Arkansas Bible belt and Texas Hill Country. Raised on the West Coast with Taiwanese heritage, Pai writes on ideas of breaking down the barriers between ‘I’ and ‘Other.’ Clear-eyed but kind, her poems filter these contemplations through observations of landscapes and human behavior.

Many poems in Aux Arcs reference news reports, but say things that feel personal.
Drawing from news stories isn’t meant to necessarily direct a reader outward back into the world. In some ways my news-oriented poems are meant to direct the reader inward, to contemplate how their lives are connected with what’s out there, but through the experience of the personal.

Are these themes of places, names and news ongoing in your work?
I originally came to Seattle in 2007 to study in a sociocultural anthropology PhD program. It filled in the gaps in my experiences and education around politics, power, race and reframed my perspectives. A place like Seattle is very rich for thinking through a lot of these complex issue and interests. My body of work became very socially engaged through coming to this place, and I see that theme continued in Aux Arcs, but in a different way.

Some of the poems illustrate moments of culture shock and discrimination. In “Main Street,” some teenagers spit in your direction.
Sometimes we make up these cover stories about what’s happening to protect ourselves. In the poem I attempt to suspend judgment of a very charged interaction with strangers that deeply disturbed me, but needed to be minimized in order to move on with the decisions ahead of me – namely that I was moving to this new and alien community. I didn’t write about my experiences of living in the South for the three years that I was there. Ultimately, the poems in Aux Arcs are about making peace with the environment where these kinds of strange interactions happened.

When illustrating upsetting events, you don’t mince words, but you don’t seem angry.
For me, poetry is an aspect of [Buddhist] right speech, perhaps in some ways its purest form. I try not to write poems that are filled with anger or hatred. They have to transform and sort of go beyond, and be about something more than my ego experience. I write about ugliness quite a bit, and horror. But these are not things we should necessarily turn away from. I want to turn away in those moments. But I also have to make sense of that sense of aversion and that desire to run.

The physical locations in Aux Arcs, such as the stalactite cave you enter in “Inner Space,” are so clearly rendered.
[Some of the poems] express a sense of connection more than alienation. That piece also marked a moment of entering Texas, which felt familiar and natural because it was through the eyes of my partner and his memories of childhood wonder.

In “Mapparium,” you list “colonial names for partitioned places”—West. Fr. Africa, Siam, Taihoku. In another, your cousin rectifies her name. You also have more than one name.
You can say my father named me after a 1950s, wholesome, virginal, blonde, and buxom actress. It’s become a private or pet name, a family name. I transitioned over the years to the pen name Shin Yu, which is a name my uncle astrologically divined. It has a spiritual power to me. Taking the name, changing the name, was maybe about becoming more of who I am. Stepping into that power.

What does it mean?
“Optimistic jewel.”