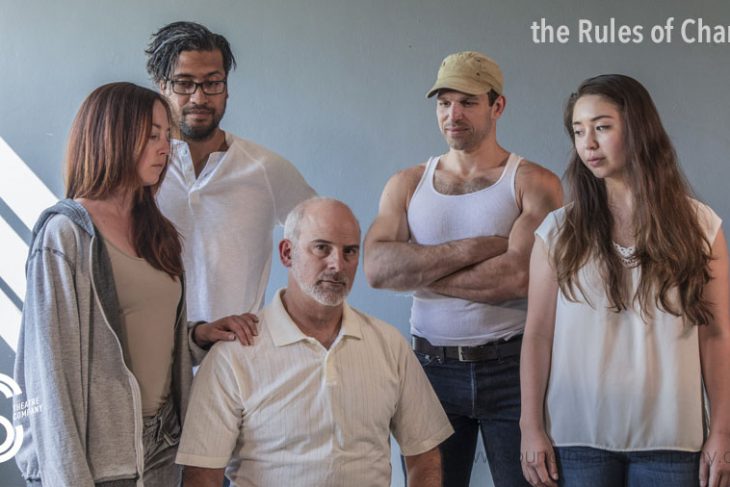 Qui Nguyen’s hip-hop-filled family story Vietgone is perhaps his best-known work, but his 2011 play She Kills Monsters is equally brilliant, tapping into his not-at-all-secret nerd side (I’m pretty sure Nguyen’s Vampire Cowboys Theatre Company is the reason the term “geek theatre” was invented) and presaging his future career writing for outlets like SYFY and Marvel Studios. After her teenage sister Tilly dies in a car crash, a young woman named Agnes stumbles on Tilly’s Dungeons & Dragons notebook. The discovery sends her on a journey into Tilly’s role-playing world, crafted with Nguyen’s signature open-hearted, needle-sharp humor.

I’ve always found the dedication of historical reenactors fascinating—Who? What? Why?—and I’m doubly fascinated to see playwright Holly Arsenault’s extrapolation of the concept into the future. In The Great Inconvenience, Arsenault launches us into the year 2050, and into a group of historical reenactors fulfilling their duties of whitewashing American atrocities for audiences of wealthy kids. “But” (of course there’s a but), “an intruder appears with revelations of impending danger.” Directed by talented erstwhile Seattleite Erin Kraft, who also worked with Arsenault on her 2013 Annex hit Undo.

There are almost too many highlights to fit in here: A play by Federico García Lorca, in a poetic adaptation by Langston Hughes. A production by the Williams Project, which consistently presents some of the best acting in town. A pre-show block party at Equinox Studios in Georgetown full of food, drinks and music, all to get us in the mood for this story of a wedding day in an isolated village, and a bride visited by her former lover. Blood Wedding follows the shocking chain of events precipitated by that act of rebellion; come ready to move during this outdoor production.

The Rules of Charity

John Belluso’s play The Rules of Charity focuses on the relationship between Monty, who has cerebral palsy and uses a wheelchair, and his daughter-turned-caretaker, Loretta. But that contentious pairing is only the beginning. Wrote Neil Genzlinger in his 2007 New York Times review, “The relationship between caregiver and parent is only one of many subjects that have drawn Mr. Belluso’s attention; homosexuality, conservative Christianity, exploitive documentary filmmaking, federal welfare rules and more come under his unforgiving microscope.” Sound Theatre Company presents the play’s Seattle premiere, and Leah Adcock-Starr directs.