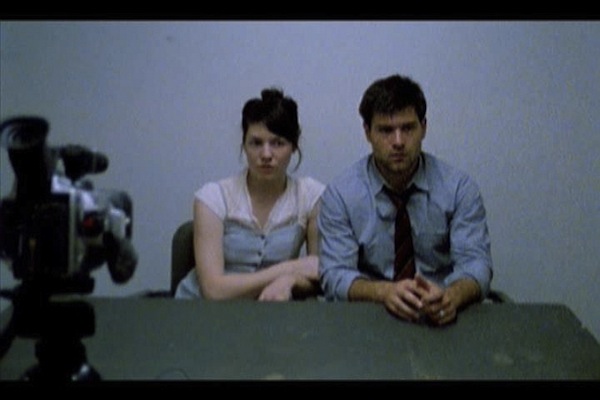 Even given the film tax incentives recently reinstated by the state, getting a feature film started—never mind completed and on a big screen—is a major achievement in Seattle. So the simple fact that local writer/director Shaun Scott has managed to do so warrants major props.

100% Off follows four 20-somethings on the cusp of graduation. Kyle (Matt Giampietro) is a short-fused Detroit transplant wrestling with his responsibilities to himself and his new wife, Rosa (Laurie Roberts). Music student Jessica (Stephanie Kim) and photographer Jean (played by Scott himself) enjoy a more stable relationship, but tensions between the two of them surface as Jean attempts to reconcile his creative impulses with the sobering reality of maintaining a steady income in a recessionary economy.

It’s most definitely indie romantic comedy territory, but filtered through the same socio-politically aware filter demonstrated by Scott’s previous documentary features Seat of Empire and Waste of Time. The director makes no bones about the personal conflicts and rifts that the current economic climate inspires in friends and lovers. And as in his previous films, Scott works to convey those elements by cannily interspersing archival footage with his narrative.

Scott’s still in his 20s, and his inexperience as a fiction filmmaker does sometimes show through. He’s frequently adroit at crafting eloquent dialogue for his characters, but one classroom scene sounds more like four different actors reciting from the same manifest than four young people expressing their opinions about a classroom topic. And the twist introduced between one of the couples midway through the movie isn’t quite as fleshed out as it could be (engaging and entertaining as they are, Scott’s juxtapositions between stock footage and the characters‘ actions could’ve probably been toned down in favor of more human interaction).

Fortunately, there’s a lot to really love about 100% Off. All four principals acquit themselves well: Giampietro’s coiled intensity never feels like a put-on, and Roberts possesses an off-the-cuff naturalism that comes off well on camera. Kim and Scott, meantime, create a very genuine-feeling relationship with relatively little establishing screen time. Scott also manages to extract laughs from some awkward places, both amongst his leads and amidst a score of ancillary characters who augment the goings-on like a sometimes-absurd Greek chorus. The director and his cinematographer Colette Yasi-Naraghi pull virtue from necessity with their roughshod camera lenswork, contrasting the shadowy, sometimes grainy moving imagery with some lyrical (and very natural-looking) photography in several scenes.

Best of all, Scott’s undeniable love of creating shines through. The moments in which his on-camera alter ego eagerly captures the world around him through still and motion-picture photography feel fresh and uncontrived—a natural extension of the filmmaker himself exploring those avenues. That rush of filmmaking verve and passion ensures that Scott’s recent run of attention (including a Stranger Genius Award nomination and inclusion on City Arts’ 2012 Future List) is no fluke.