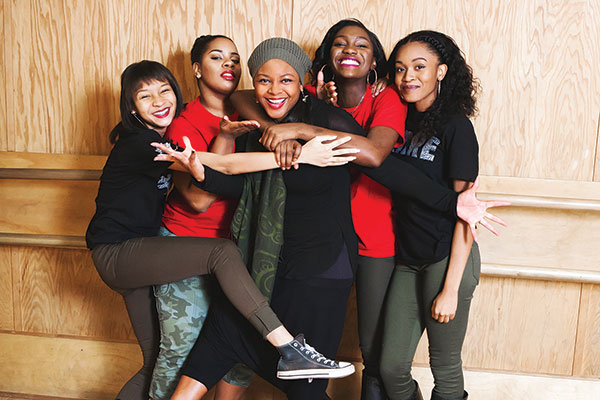 Set deep in the heart of Rainier Beach, Northwest Tap Connection has emerged as a one of the premier youth dance organizations in Seattle. Leading the charge is Shakiah Danielson, artistic director of the organization’s marquee hip-hop program, which serves roughly 125 youth. She’s the mentor, role model and life coach every child deserves—and she’s morphed into an almost Marvel-esque hood superhero with her ability to impact and save lives while preferring to remain in the shadows. For the past three years she’s helped transform Northwest Tap Connection into a social justice organization with her uniquely soul-stirring approach to choreography: allowing youth to speak eloquently to current events using dance.

It was Danielson’s vision for her students to take on Janelle Monae’s “Hell You Talmbout” and create a cathartic tap routine invoking the spirits of recently slain African Americans such as Mike Brown and Sandra Bland using rhythm. Videos of the performance went viral in 2016 and thrust Danielson into her most uncomfortable role yet—the spotlight.

“Janelle Monae has seen it,” Danielson says after a late-night rehearsal inside the studio. “She responded that we should continue to use our art as a weapon of war. To be honest, the thing that got me was knowing Mike Brown’s mom saw it. That was everything.”

A Seattle-area native, Danielson is self-taught in terms of dance and choreography and credits her background in hip-hop (she also raps!) and theatre for her signature style. “I’m not even a tap instructor,” Danielson laughs. “I can’t tap a lick and I’m at a tap dance studio. But I’m rhythmic. I arrange movements and I know what I want to see.”

Spend any length of time with Danielson and you’ll notice one of the biggest things she wants to see is the Rainier Beach community thriving. The East Coast—New York specifically—is the epicenter of the dance world but Danielson is emphatic when she says, “I have no intention of leaving. I’m not trying to go to New York. I’m not looking for what’s popping. I’m looking for what’s missing. I want to contribute to the quality of art happening right here.” She nods to the neighborhood outside. “We can keep leaving our communities to find fine art elsewhere or we can just be [Jean-Michel] Basquiats in whatever we do and produce fine art right where we are.”