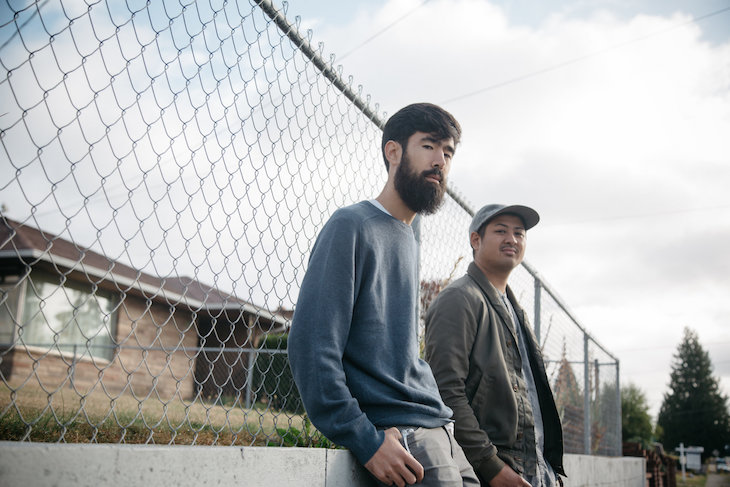 Times dictate trends, and difficult times call for individuals to step up, speak for the voiceless and defend the defenseless. The world was very much a different place when I first encountered Sendai Era in January 2016. Back then the duo of MC Enrico “Era” Abadesco and producer Sendai Mike stood out for their mellifluous, dream-pop fusion of hip-hop and EDM; their song “Sense Deprivation” sung the praises of losing oneself in music, in vibe. It was a slick, sensual endorsement of escapism perfectly suited to its cultural moment.

Today, as we premiere Sendai Era’s new full-length album, people around the world are confronted by existential threats that have never seemed more real or more daunting. With LAKAS, Sendai Era rises to the challenge: He steps into a bold, vulnerable space of autobiography and activism, recounting his family’s departure from the Philippines and relocation to the U.S. and his own personal struggles with coming of age as the child of immigrants in America. The music is devastatingly heartfelt; songs like “Represent” and “Mountains” go beyond confessional and sound as if Era is defining his own personal mythology, explaining himself to himself more so than anyone else. As listeners, it’s a privilege to be let in.

How did you manage to dig so deep and get so personal with this album?
Era: In the past year, with support of the communities I’m part of and serve, I’ve come to realize a lot of the internal conflicts with myself. This project is about working through the harmful patriarchal tendencies I learned growing up, my misconceptions of love and self-worth and the experiences of being Filipino with immigrant parents. Things happen for a reason, and with my writing and my community I try to understand the conditions that shape us. In the song “Mountains” I address some of the feelings of being unworthy, but I connect it to the experience of my father and my family and the experience of displacement and the violence back home in the Philippines.

Does your story represent a universal truth in some way? Are there common threads or stories that all children of immigrants share?
Themes of displacement and the experiences that come with leaving home aren’t isolated to the stories told on the project. We wanted to speak our truth to connect with others and make music that highlights the experiences of forced migration. Being split from your family is wrong, and the tactics to strike fear are to be condemned. We hope that by sharing these experiences that others would continue to share and do the work to make change.

It seems in today’s climate immigrant stories are inherently political stories. Do you see yourself as an activist?
Yes, I’m an activist and community organizer. I’m a member of Anakbayan Seattle, a grassroots organization working for genuine democracy and freedom back home, and also a member of Kabataan Alliance, a national alliance of Filipino youth and student organizations dedicated to serving our communities in the U.S. and back home in the Philippines. Outside of the work with Sendai Era, I am also a youth worker with Filipino youth programs in South Seattle. What I write is influenced by those organizing overseas and here locally, and I hope to continue to create art that highlights the hours of labor and struggle that folks in our community are putting in for a better world and a better future.