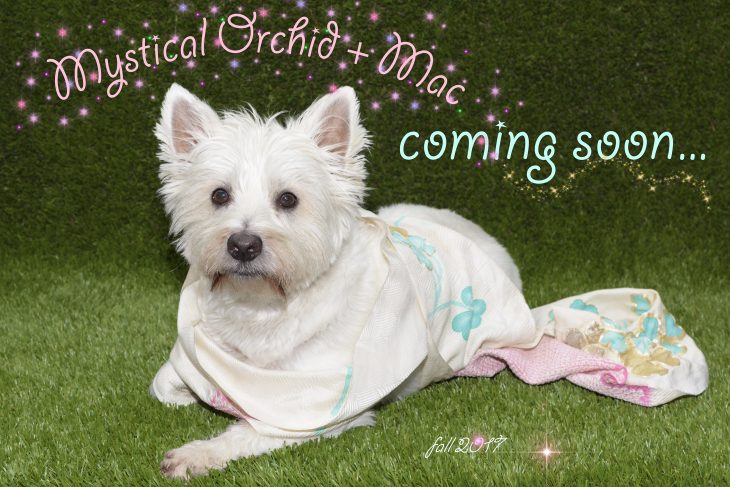 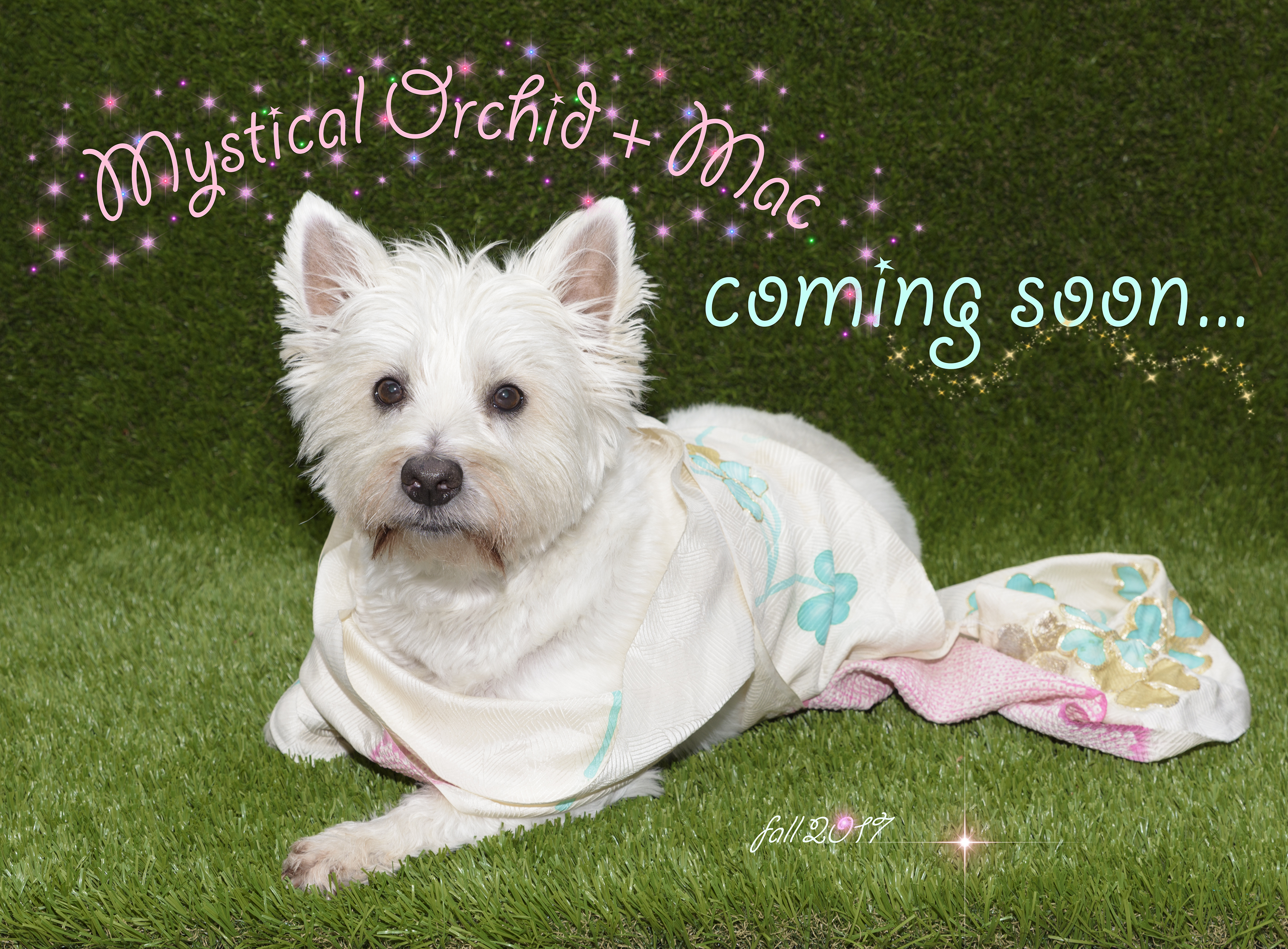 Does your angst keep you up at night? Are you longing for comfort? Then you should visit Mystical Orchid + Mac, a conceptual “therapeutic” exhibition running until Oct. 14 at Hedreen Gallery. Try on a brightly colored, tulle- and red bowtie-bearing “formidable blankcape” to banish your anxiety (yes, these are actual wearable garments). Clasp with sardonic pleasure the squishy “Albatross Balls” and “Accentuate Italicize Balls”—a vivid array of squishy dog toys—spread out on five shiny purple mattresses on the gallery floor.

Mystical Orchid + Mac is the first in a series of shows examining the “intersection of corporate aesthetics and physical, mental and spiritual self-care” by artistic pair Jueqian Fang and Brit Ruggirello, who founded the fictional “fast-growing glimmer business” Mystical Orchid in 2014. Since then, they’ve launched new therapeutic clothing and accessories collections each sesason, in a gesture that apes commercial product lines while exploring the psychology of marketing versus actual human need.

This exhibition at Hedreen marks the first collaboration between Mystical Orchid and guest designer Mac, launching a new line of therapeutic products; it’s worth mentioning that Mac is a dog. In a video accompanying the exhibition, Mac, a West Highland White Terrier, looks as depressed as caninely possible until he tries on a “blankcape.” Flashy letters bounce on the screen: “Are you looking for a spiritual awakening? Buy formidable blankcape products!” The blankcapes in questions are made for canines and humans because “both can suffer from stress and anxiety,” according to the artists.

M.O.’s MO is rife with dadaist banter, their language a facsimile of the plasticky paroles of advertising. Even their moniker, Mystical Orchid, stems from fabrication: the blue Mystique Orchid, “which you can buy at Albertsons.” The tacky orchid is hailed as a “majestic” wonder of nature, but is in fact a plain white orchid dyed blue. The backstory fits the fictitious company’s marketing strategy, overseen by two VPs enchanted with bad advertisements and “global brand culture.”

This fascination is clearest on Mystical Orchid’s website, as much a part of their art as the show, an HTML blast from the past splashed in purple, glitter, 3-D fonts and early ’00s aesthetic. On it, the duo makes fun of marketing managers by offering things that nobody needs or that don’t have the power they purport to, such as a line of “ultramarine unvulgar balls,” best described as a split bath bomb, “guaranteed” to appease the excruciating pain of anxiety when laid upon the chest.

At the risk of sounding like one of their own marketing lines, Mystical Orchid cares about self-care. Before self-care manifested as sponsored face masks and “basic betches” made memes about crippling anxiety, Mystical Orchid focused on therapeutic products as self-care. A lot has changed since then. After the November 2016 election, searches for the term “self-care” reached a five-year high. Very quickly, this gesture of defiance first made by queer people and people of color was co-opted by wealthy white women and marketeers who hollowed it out to a navel-gazing wellness trend—papaya balm for the soul.

Of course, the commercialization of self-care is exactly what Mystical Orchid pokes fun at, too, without denying that many people sincerely hanker for healing. For entitled Instagrammers self-care is a blanket conveniently draped over the unsavory elements of life that they’d rather not see. To others, it’s a cape, a survival tool that can make one feel, however briefly, like a superhero.

Mystical Orchid’s focus on self-care raises a question I’ve asked myself long before people recommended art as solace after the election: Can experiencing art be a form of self-care? It has the power to be, and this exhibition is an admirable attempt at it—albeit not entirely successful. Like the term “self-care” and its excesses, the show oscillates between flat fakeness and the search for solace and survival. It addresses the pitfalls and inequalities of self-care vis-a-vis corporate aesthetics, but it fails to tackle the aesthetics of the art world, which would’ve made it all the more challenging.