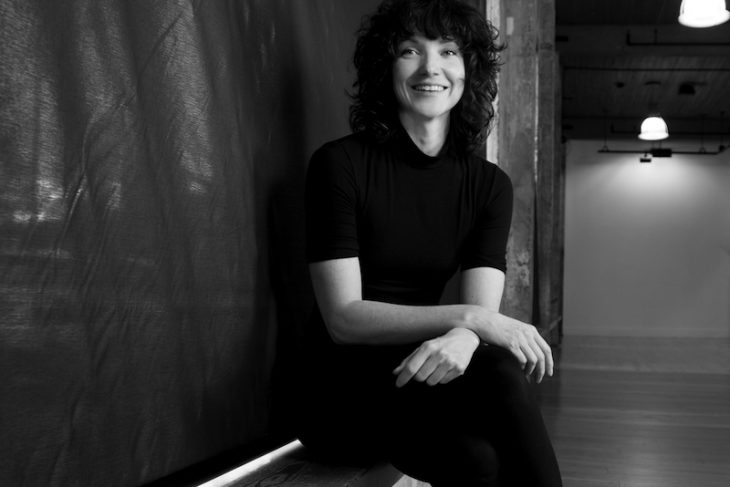 For the past few months, Seattle University’s Hedreen Gallery has emanated an eerie abandonment. With its doors closed and lights turned off, the remnants of the early fall exhibit Mystical Orchid were visible only from the sidewalk.

The space won’t lie dormant for much longer. Molly Mac, a local video installation artist, educator and curator, was recently appointed as Seattle University’s new galleries curator. The post had been vacant since mid-July last year, when Amanda Donnan left to take a curatorial position at the Frye Art Museum. The Hedreen Gallery will reopen with the exhibit Favorite’s Favorite’s Favorite, opening on Jan. 24.

Mac will also be responsible for programming and managing Seattle University’s Vachon and Kinsey galleries. “I will curate three shows a year,” she explains via phone. “A fourth quarterly show will be taken on by a guest curator. I’ll also work on collective programming and short-run experimental projects with students, teach curatorial practices and spearhead an annual Hedreen High Resolution Moving Image Artist Residency Program for new digital and video art.”

“Interdisciplinary” has become somewhat of an empty buzzword in the arts, but no other epithet describes Mac’s work as aptly. Trained in printmaking at the University of Washington and Media Art at NYC’s Hunter College, Mac is a member of If You Don’t They Will, a Seattle-based artist-activist group working to resist white nationalism through cultural organizing. She has also co-curated sound and video art screenings at Equinox Studios with Emily Pothast and Seattle Art Museum with S. Surface.

On top of that, Mac has helped shape the artistic and literary course of The Alice as a member of the Georgetown gallery’s curatorial team for the past two years. The excellent, ekphrastic exhibit /what are we but lying single surface /, co-curated with Natalie Ann Martínez, was her final Alice project. “I already miss working with [the Alice co-curators],” she says. “But I’m excited to curate shows for a Hedreen Gallery audience. It’s a privilege.”

Not that she’ll forego her bond with the gallery. Her new tenure will kick off with a talk by Oakland-based artist Indira Allegra and local writer-curator Rezina Habtemariam at the Hedreen Gallery on Thursday, Jan. 11, to coincide with Allegra’s solo exhibition BODYWARP at the Alice.

As for Favorite’s Favorite’s Favorite, the first show Mac has organized for Hedreen: “It reignites the gallery’s commitment to experimentation and local artists,” she says. The three artists in the show, all from the Puget Sound area, invited each other to the show based on a piece of work they had seen. “The stipulation is that they couldn’t know each other professionally or personally,” says Mac. “It’s like a reverse social network.”

Although the invitational show will recur yearly, Mac says she’ll extend her focus beyond the local scene. “In that sense, it’ll be a continuation of what we did at the Alice: connecting local artists with artists from outside the city. With Seattle U being an institution, it will be different, but I’m hoping to help create new connections.”

That is made easier, in part, by the fact that the curator position has changed slightly, says Mac. “I’ve been guaranteed three years, which makes it easier for me to work longer-term. I am already talking to artists for shows a year and a half away.”

What hasn’t changed: Mac’s commitment to creating provoking shows. “I want exhibitions to make you think, not just conversation starters. It should be something that even two years after you’ve seen it, you keep thinking about.”