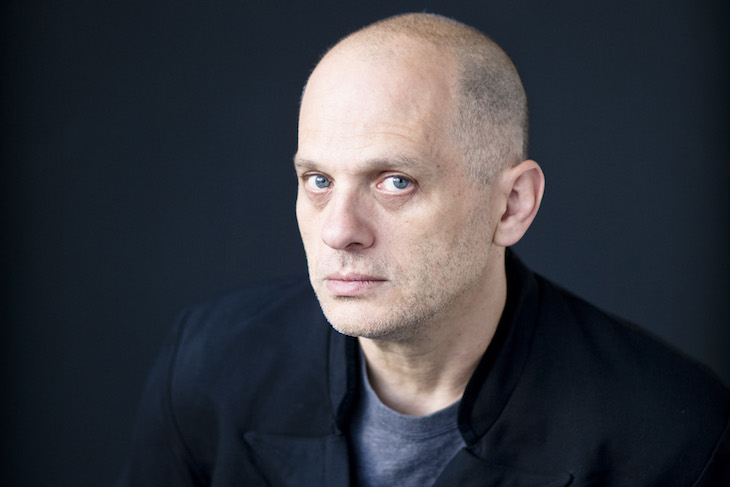 This week’s Seattle Symphony concerts at Benaroya Hall under Ludovic Mortlot include two juxtaposed works with intriguing titles: “symphony without a hero” and “A Hero’s Life” (“Ein Heldenleben”). The first is a world premiere by David Lang, the second a well-known piece by Richard Strauss from 1898.

The works couldn’t be more opposite. Strauss’s expansive piece gives a very 19th-century view of “manly” heroism; lots of work for the horns, which he regarded as particularly heroic, and, although he disclaimed this, it is largely considered autobiographical, his view of himself. Depending on the conductor, it can take as long as an hour to play or as little as 45 minutes, with large masses of instruments. It’s lush, rich and full, bombastic at times, sentimental at others.

But what is a hero? Perhaps the definition that Strauss most identified with was “a person who is admired or idealized for courage, outstanding achievements or noble qualities.”  He once commented he thought he was at least as interesting as Napoleon.

For many years, Lang has loved Russian poet Anna Akhmatova’s enigmatic “Poem without a hero.” “Partly because I don’t really understand it,” he says. “So much is deliberately hidden from us though there are little signposts… It feels very musical to me. So powerful but unknowable.”

His new symphony is the antithesis of Strauss’s tone poem, which he describes as so virtuosic, so overwhelming and emotionally huge it almost has ADD. “My piece is restrained, focused,” he says. “It has lots of loud stuff but essentially hides a quiet inscrutable core. No one gets a solo role. It’s unheroic.”

“Ludovic Morlot has done something beautiful in this pairing—one so proud, with everyone a hero, mine the exact opposite,” he says.

Lang’s work takes about 30 minutes, and it begins and ends with the same elusive melody, which he has over- and under-layered, making it feel “like memory becoming physical. Memory we can’t quite focus on.” He has done some strange things with the melodic memories in the piece, he says, suppressing the heroic nature by repeating bits over and over. Something about Akhmatova’s poem has found its way into the symphony, “but in not a straight line,” he says.

He too uses a large orchestra. “One unusual thing I’m dying with curiosity to hear—the loud bits are doubled by the percussion on tam tams [very large gongs] and they have to be muted,” Lang says. “It’s very hard and physically active to do. You have to wrap your whole body around it. And I’m asking the percussion to do that hundreds of times. It’s very physical and I’m really nervous about it.” He will be here at Benaroya Hall, to see how that works out, for both performances.

Hear “symphony without a hero” and “A Hero’s Life” Feb. 8 and 10 at Benaroya Hall