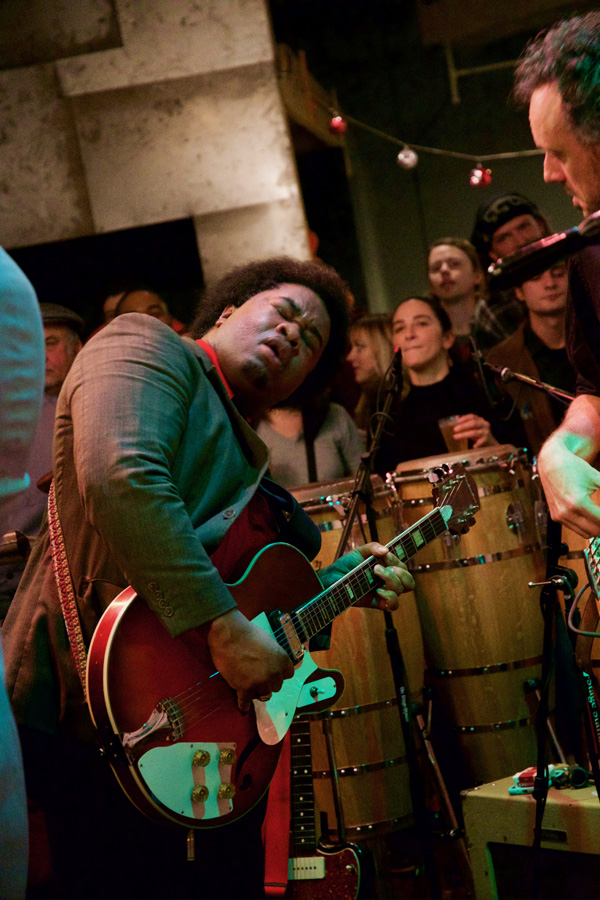 We’re 10 days into the new year but my head is still stuck in 2016, wrapped up in an awesome evening of live music from the True Loves and Industrial Revelation. Both bands helped us cap off the end of the year by headlining the first installment of City Arts’ live-music mashup series Band Crush. They treated a sold-out room of music lovers to a high dose of brassy funk and soul for three full hours as the bands shared the stage and effortlessly jammed out all night.

Before the performance, City Arts sat down with members of both groups to chat about their history, their playing styles and what they had in store for Band Crush. Describing the origins of their music in Seattle, Jason Cressey of the True Loves let it be known that “the funk comes from the South End!”

Check out the interview here:

If you didn’t experience the show in person, we got you covered. Check out a pair or extended performance clips below.

“Amelia” is a standout from Industrial Revelation’s majestic double-album, Liberation and the Kingdom of Nri, written and composed by Evan Flory-Barnes

Be on the lookout for the second installment of Band Crush this spring!