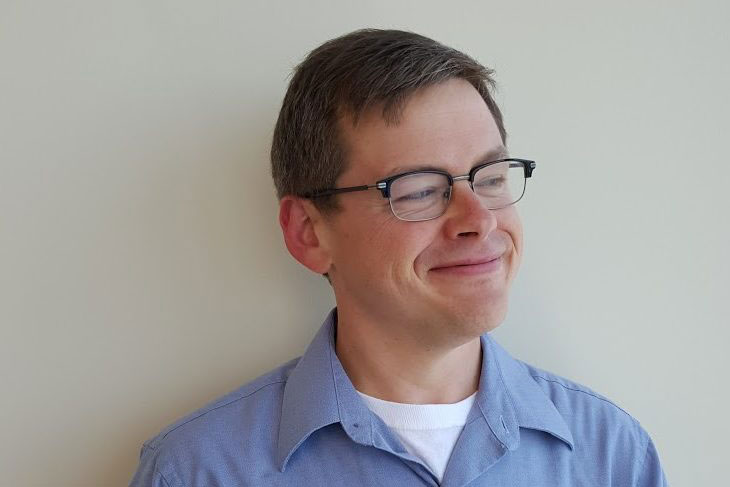 Paul Constant may have changed career tracks when he ended his six-year stint as The Stranger’s books editor in February, but he couldn’t shake old habits.

“I was still reading books a lot,” Constant says on a recent lunch break. “Still do—three to four a week.” He now spends his daytime hours as a staff writer for political advocacy group Civic Ventures, but that hasn’t stopped him from devouring—and reviewing—new books in his spare time.

“That’s how I process my reading experience,” Constant says. “And for me, a review isn’t whole until other people can read it. Criticism is in my blood, I guess.”

With a backlog of book reviews and other local literary thoughts piling up, Constant and longtime friend, author and designer Martin McClellan, shuffled their day-job schedules to make room for one more project: the Seattle Review of Books. The new website launched at the end of July and has since enjoyed daily updates ranging from lengthy book reviews to “lunch date” book impressions, from poetry samples to book etiquette.

Constant says the site was informed by lessons he drew from his Stranger tenure—how to fight for coverage of “non-literary” books like comics, how to be both a supportive and critical member of the local literary community—but also by the lessons of his new job.

“We wanted to make a site that was inclusive, which I work at in my day job—inclusive economics, we call it,” Constant says. “Helping the middle class spend money, to empower themselves and enlarge the economy as opposed to money trickling down from the top. The site is an extension of that. We want SRB to be a place where we reflect on the average reading life in Seattle, and empower readers to become advocates for the kind of literature they love.”

He’s actually been working toward that goal since leaving Boston for Seattle more than 15 years ago. Constant liked Seattle’s relatively gloomy weather and the city’s more relaxed attitude. Both of those factors fueled his love of staying indoors with books, movies and “all the anti-social things l love.” After relocating, he quickly climbed the staff ranks at Elliott Bay Book Company as a buyer and manager before taking up the books post at The Stranger.

“The thing about Seattle is, if you say you’re going to do something, and then you actually do it, it’s like a superpower,” Constant says. “[Your peers] can’t believe you. They’re really supportive, and they just accept it. There is a little bit of a Seattle lethargy that happens in the creative scene, where someone says, ‘Someone oughtta do that!’ When you actually do it, it’s incredible, and the community rewards you for trying your best. That does not happen in every other city. It’s been nothing but incredible for me as a bookseller, as a writer and as a critic.”

But when pressed, he’s very careful to clarify that those three roles aren’t necessarily distinct. “The point of the site is that literary criticism is literature,” Constant said. “We want to be an advocate for book reviews, which don’t happen as often in the media anymore. Literary reviews are a part of the publication process. We want to endorse that. I’m contributing an important part, even though I don’t have a literary novel inside me that’s turned me into a bitter book critic. I think of myself as a member of the community.”

For Constant, a key to a thriving literary scene is a supportive culture with plenty of opportunities to connect. “It’s not one side versus the other,” he says. “It’s not authors versus critics, it’s not readers versus authors. We’re all on the same team. We all love books.”