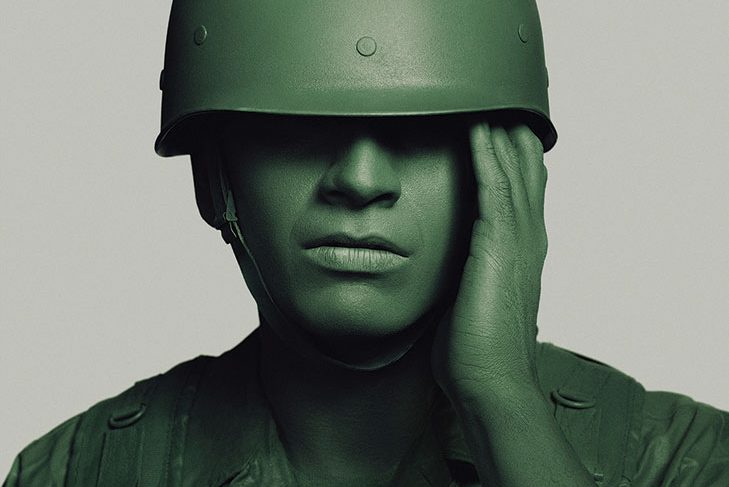 John Keatley has shot Jeff Bezos for Smart Money magazine, Kevin Durant for a Sparkling ICE advertisement and Louie Gong for this very publication. An accomplished commercial photographer, he’d rarely showed his own artistic work until early last year when he opened Uniform, his first solo show, at Treason Gallery in Pioneer Square. This month Keatley releases a self-published art book—another first—as a follow-up to the show. The 72-page Uniform contains 34 photos of the green Army guys (actual humans in makeup and digital effects) that Keatley conceived, styled and photographed as an in-your-face commentary on identity, individuality and visibility. The images are simultaneously funny, arresting and unsettling—Keatley’s unmistakable trademark.

Update Oct. 25: Due to printing delays, the release of Uniform has been pushed back to early 2019. Stay tuned for further news about the book.