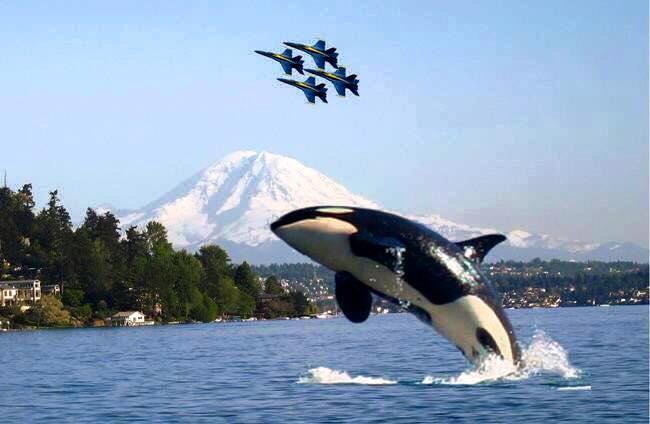 I began reading Christopher Schaberg and Mark Yakich’s essay collection Airplane Reading while Blue Angel fighter jets sliced the air above my apartment in South Seattle. It was the first weekend of August, time for the annual Seafair festival—a wondrous occasion when the city shuts down roads and raises bridges to make way for hydroplane races and the yachts of the rich and crowds gather on freeway overpasses to catch sight of soaring instruments of war. So oppressive was the sonic boom of the Blue Angels that, at the first sound of them, I could’ve darted underneath my living room table.

“Why do we do this to ourselves?,” I wondered, reading Roxane Gay’s opening essay in Airplane Reading. The experience illustrated one of the book’s central tropes: Air travel is a projective arena of American hope, promise, wonder and, above all, existential dread.

Released July 29, Airplane Reading is a compendium of love letters to our century-long infatuation with flying chairs. The book comprises 56 short essays from writers of varying levels of exposure, each spinning a pithy narrative about a first-person experience with planes. Pursuant to publisher Zero Books’ mission to deliver “another kind of discourse that is intellectual without being academic, popular without being populist,” the writings in Airplane Reading are tailored to the attention span we’re able to muster in the middle of our travels. Solo passengers can’t pick their seatmates, but they can skip over a weak essay for another a few pages away. 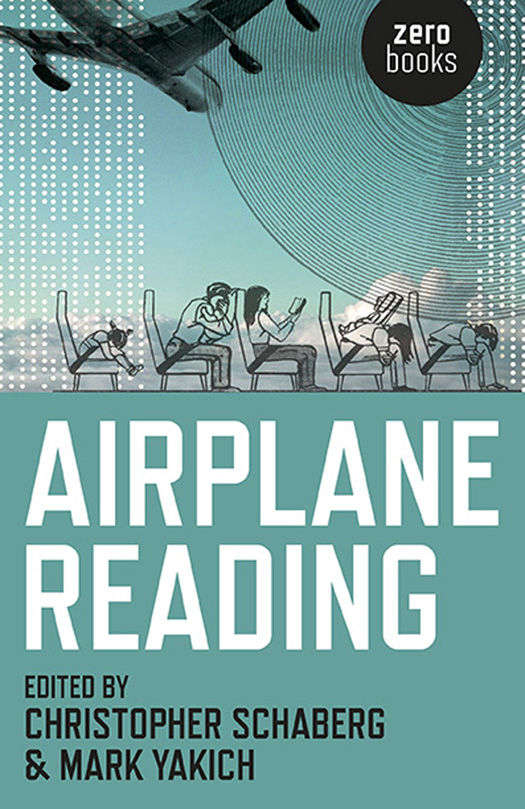 Fortunately, the writing in Airplane Reading soars. Ian Bogost’s “Frequent Flight” is a delightfully jaded humblebrag from a passenger numbed by the sheer number of flights he’s endured. Edward Norton’s character met his alter ego on a plane in the film Fight Club; in echoing Norton’s droll narrative voice, Bogost seems on the verge of starting his own flight club. “Domestic flyers, check your flight number,” he advises. “Orders are taken from the front on even flights, and from the back on odd. Choose seats early to avoid the wet sandwich.”

Pages later, in a piece titled “Excuse Me,” Priscila Uppal commits to the grating voice of a passenger who just won’t. Stop. Talking. Written as one long paragraph à la Kerouac’s On The Road, Uppal’s conceit captures the anxiety of air travel that should befall us as we put our fate in the hands of pilots. We trust complete strangers who are probably overworked and may or may not have graduated flight school with the minimum amount of competency. What does it say about human nature that we’re not more nervous about traveling this way?

The writers of Airplane Reading are at their best when they show that though planes do most of their work 30,000 feet above any automobile, they’re just another object of our earthly drives. The plot of Arthur Plotnik’s stunning “Surviving the Unabomber” centers on the precarity of existence and the fragility of human life; its sky-bound setting only exaggerates the fundamental truth that we lead lives determined mostly by chance and luck. And the point of Allison Kinney’s “Hostages (October 23-24, 1975)” is not to stand in bland wonderment that planes facilitate cross-continental relationships; it’s that the shrinking of the globe has done nothing to banish the basic human need to belong and be understood. Perhaps we take air travel for granted because planes have not helped us escape who we are when our feet are planted on the ground.

From the very beginning, air travel has been bound by the laws of capitalism’s cruel gravity. The founders of the Boeing Company, which celebrates 100years of existence this year, acquired their family wealth in Seattle’s early, segregated real estate market. For Bill and Bertha Boeing, air travel was a gamble. The real money was on the ground, in racism. Associating social disinvestment with the fantasy of freedom afforded by airplanes, is a defining demographic movement of the last 50 years not titled “white flight”?

As aviation began becoming a billion-dollar industry in the post-war period, airports across the country were racially segregated. Meanwhile, the dream of air travel has always been underwritten by male entitlement and the subjugation of women. In her groundbreaking study The Managed Heart, feminist author Arlie Hochschild describes how female flight attendants muster the requisite cheeriness needed to deal with grab-assing men and grumpy children. Hochschild coined the phrase “emotional labor” to describe the act of repressing one’s true feelings in order to make others feel better. The concept resonates with underpaid service workers in the air, on land or at sea.

Seattle has been doing Seafair to itself for the last 66 years. With no place to put its hyper-militarized libido after World War II, Seafair emerged as an excuse for military pageantry and performative civic unity based on the potlatch celebrations of vanquished Native nations. By the time of the first Blue Angel flyovers at Seafair in 1972, Boeing plants in Seattle were pumping out the bombers that decimated villages in Vietnam.

These days, anyone with an iPhone can ask Siri, “What planes are above me?” and receive a detailed list. Conservative pundits in the post-9/11 era have convinced us to look abroad and in the air for enemies of America’s values. The humbling truth is that we’ve always been our own best terrorists. “We came to the airport to get a certain distance from our daily lives to harness some of the imagination that sparks airplane reading,” Schaberg and Yakich write in their collection’s introduction. But no matter where you go, there you are.