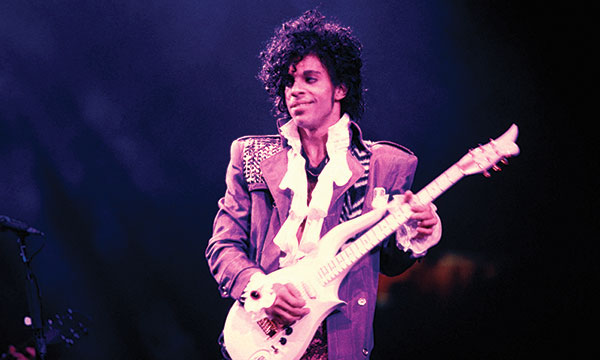 Oct. 4
Into the Forest
In this quiet apocalyptic drama, the strength of sisters Nell (Ellen Page) and Eva (Evan Rachel Wood) is tested after a continent-wide disaster leaves them without power in their beautiful but isolated home in the woods. When their father (a likable Callum Keith Rennie) is killed in an accident, the girls are left to fend for themselves—rationing food, gas and water while trying to hold on to their sanity. Focused not on widespread panic or a violent crumbling of society, Into the Forest is a refreshing survival film by director Patricia Rozema (Mansfield Park). –Emalie Soderback

Prince Commemorative Collection
Capitalizing on renewed interest in the Purple One’s film career, this Blu-ray triple feature collects a newly remastered Purple Rain, its less well-regarded sequel Graffiti Bridge and the unsung masterpiece Under the Cherry Moon. Lensed in glimmering black and white by Fassbinder/Scorsese mainstay Michael Ballhaus and given a stunning Art Deco look by Richard Sylbert (Chinatown), Under the Cherry Moon finds Prince and sidekick Jerome posing as gigolos and hustling wealthy women (including Kristin Scott Thomas) on the French Riviera. The folks who gave this five Golden Raspberry awards were unable to look past the ridiculousness to see the beauty. –Mark Steiner

Oct. 11
Breaking a Monster
Unlocking the Truth is a band consisting of three wise African American seventh graders who play heavy metal, performing on the sidewalks of Times Square and posting videos on YouTube with the hope of being discovered. Swept up in a deal with a major label, they’re soon managed by an old white guy who attempts to morph them into a profitable gimmick. This film offers a perceptive glimpse into an industry where the music sometimes seems to be the least concern. –Spenser Hoyt

Private Property
Previously nearly impossible to see, this slice of sweaty ’60s melodrama has finally been restored and released on home video. Duke (TV regular Corey Allen) and Boots (a jangly Warren Oates) are a couple of grifters who set their sights on a lonely, rich housewife they hope might relieve Boots of his virginity. Of course they get a lot more than they bargained for, and the plot quickly turns into a grimy march toward inexorable consequences. Written and directed by Leslie Stevens, most famous for writing many episodes of The Outer Limits, this seedy thriller ratchets up the suspense even as its sexual politics get nastier and nastier. –Matt Lynch