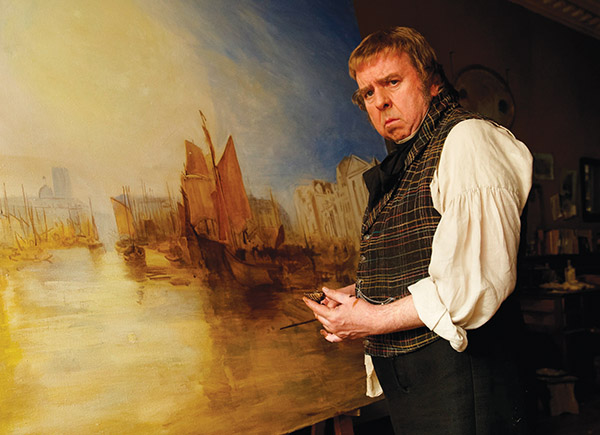 May 5
Mr. Turner
Throughout his remarkable career Mike Leigh has shifted between historical and contemporary settings but his work has always focused on complex, contradictory individuals. Starring frequent collaborator Timothy Spall, Mr. Turner is the biography of a controversial, awkward and extremely talented 19th painter, following the artist’s life and process as he travels with his sketchbook. It’s a breathtakingly beautiful character study. –Spenser Hoyt

May 12
Blackhat
Ever since 2006’s Miami Vice, Michael Mann’s moody digital thrillers have become increasingly inscrutable to the mainstream while critics and cinephiles have largely embraced his expressive esoterica. Blackhat won’t change any minds. This thriller about a team of agents trying to track down a malicious hacker uses digital photography, terse dialogue, incongruous emotional sincerity and blistering action to create a wildly unconventional arthouse thriller—and one of the best films so far this year. –Matt Lynch

May 19
The Osterman Weekend
The twilight years of Sam Peckinpah’s short career were not comparable to his half-decade making masterpieces, but there were always things to like in his films. The Killer Elite had James Caan and Robert Duvall; Convoy had Kris Kristofferson and Ernest Borgnine; and this, his last feature, had a sizzling score by Lalo Schifrin, a script by neo-noir master Alan Sharp and a cast that included John Hurt, Dennis Hopper, Craig T. Nelson and Burt Lancaster. A trio of Peckinpah scholars provides the audio commentary. –Mark Steiner

What We Do in the Shadows
With this film, Flight of the Conchords’ Jemaine Clement and Boy director Taika Waititi present a clever faux-documentary about a group of vampires sharing a house. A brisk 80 minutes, it mines humor from the genre’s sense of romantic longing and perpetual alienation and it never forgets that these immortal monsters like to eat people. Weird and hilarious. –Matt Lynch