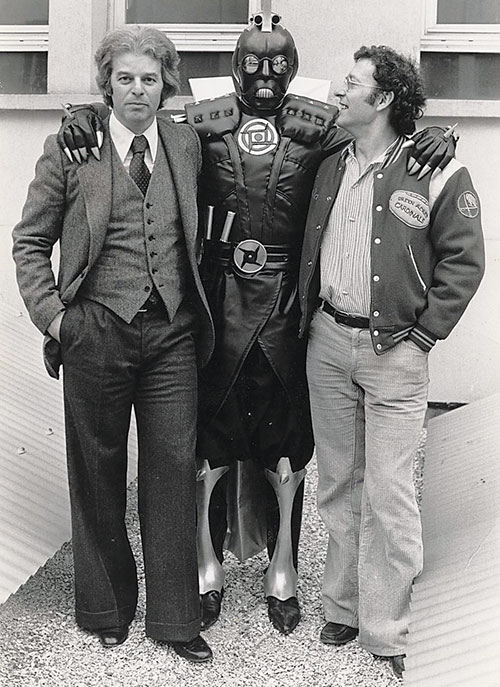 July 8
Jodorowsky’s Dune
This doc chronicles a failed attempt by legendary director Alejandro Jodorowsky to adapt Frank Herbert’s novel Dune in the late ’70s. Jodorowsky, now well into his 80s, describes the effort as less of a film production and more of a spiritual quest. The doc, which includes tantalizing excerpts from the pre-production and design work, is an ode to the power (and limits) of creativity itself. —Matt Lynch

July 15
Under the Skin
Jonathan Glazer’s first work since Birth, a decade ago, is one of the best films so far this year. Scarlett Johansson plays an extraterrestrial character who cruises the streets of Edinburgh, Scotland, picking up men and taking them to a secret location where they sink into a pool of black liquid. The tense, enigmatic thriller turns abstract as its alien protagonist takes interest in her prey and the film transforms into a treatise on female sexuality. —Matt Lynch

July 22
The Essential Jacques Demy  (Criterion Collection)
Ring in summer with the bizarre, lyrical films of Jacques Demy. The Young Girls of Rochefort is an eye-popping, colorful musical about a serial killer starring Gene Kelly and Catherine Deneuve. Like The Umbrellas of Cherbourg (also included), there’s not a word of dialogue apart from the singing, and Demy’s design goes to such lengths that the costumes sometimes match the wallpaper. Also included: Donkey Skin, three other features, documentaries by Agnès Varda, and Demy short films. —Mark Steiner

July 29
Twin Peaks: The Entire Mystery
Twin Peaks was an instant sensation when it hit the airwaves in 1990. Cancelled after two seasons, the show spawned a divisive movie and maintains an international cult following. Set in the bucolic Cascade foothills, the series has been released on home video before, but this Blu-ray edition is what Peaks Freaks have been waiting for. It features every episode, the expanded European cut of the pilot, the feature film (with 90 minutes of outtakes) and a mother lode of bonus features. —Spenser Hoyt