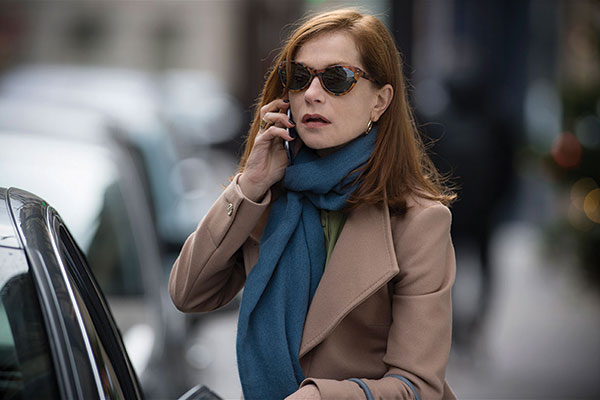 Feb. 7
Cameraperson (Criterion Collection)
Documentary cinematographer Kirsten Johnson took years worth of leftover footage from projects with dozens of acclaimed filmmakers and spliced them together into this magnificent autobiography/travelogue. Juxtaposing scenes from a boxing gym in Brooklyn with life in postwar Bosnia and Herzegovina with scenes from her own family life (and many more) links time and space, ideas and images. One of the very best films of 2016. –Matt Lynch

The Sicilian Clan
French filmmaker Henri Verneuil isn’t well-known in the U.S., but he’s one of the greatest gangster-movie directors of all time. This masterpiece stars Alain Delon as a thief recently sprung from prison who forms a team to steal a cache of jewels from an exhibit in Rome. Hot on his heels is Eurocrime mainstay Lino Ventura as a determined detective. This film is as tight as a drum, but it plays out so casually that its narrative precision only becomes apparent at the very end, when it goes from being the Rio Bravo of heist films to the Casablanca of them. Amazing. –Matt Lynch

Feb. 21
Elle
If we told you what this new film from Dutch provocateur Paul Verhoeven (Robocop, Basic Instinct, Showgirls, Black Book) was about, you probably wouldn’t want to watch it. But it’s one of the best and thorniest films of last year, one of cinema’s greatest button-pushing directors making his ultimate manifesto on guilt, sex and shame. Starring Isabelle Huppert. –Matt Lynch

Feb. 28
Framed
Hard-hitting noir director Phil Karlson (Kansas City Confidential) followed up his 1973 vigilante flick Walking Tall with a similar but much more interesting exploration of violence in small town America. Joe Don Baker, the lawman hero of Walking Tall, appears as a regular guy railroaded into prison by a corrupt system. Once freed, he exacts furious revenge on those who conspired to ruin his life. –Mark Steiner