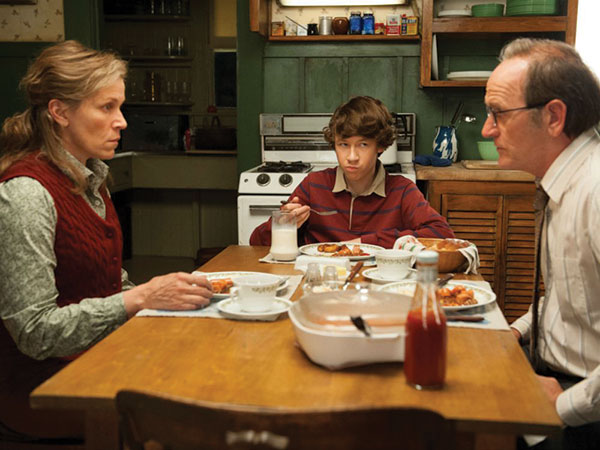 Feb. 3
John Wick
A hyper-violent, expertly choreographed pulp noir, John Wick is sheer pleasure. Keanu Reeves stars as the eponymous hero, a man struggling to move on after the death of his wife. When a gang of thugs robs him and murders his new puppy (her final gift to him), he has no choice but revenge. Did I mention he’s also the world’s deadliest and most-feared assassin? Relentlessly silly and gorgeously directed by two ex-stuntmen, this is one of the best action films of 2014. –Matt Lynch

Feb. 10
A Day in the Country  (Criterion Collection)
Jean Renoir’s small mini-masterpiece draws on pantheistic inspiration from the paintings of his father, the famous impressionist Auguste Renoir. During an idyllic countryside picnic, a mother and daughter are wooed by two strangers—a story infused by Jean with heartache and humanity. The featurette runs only 40 minutes, but the disc includes an 89-minute feature, edited down from nearly 4.5 hours of outtakes from the original and reconstructed in 1994. –Mark Steiner

Olive Kitteridge
Once again, television proves an appropriate venue for adaptations of seemingly un-filmable literature. Elizabeth Strout’s Pulitzer Prize-winning novel, which is structured as a series of interconnected short stories centered on the residents of a small town in Maine. Strout’s book has been adapted as a four-part HBO miniseries that preserves the essence of the novel while arranging the plot into a more linear narrative. Everything here is aces, from its textured, restrained performances (especially by Frances McDormand) to its delicate cinematography. –Spenser Hoyt

Feb. 24
God Told Me To
Four words connect a series of murders. In each case, after committing the crime, the perpetrator says, “God told me to,” and a homicide detective (Tony Lo Bianco) discovers things are much weirder than they initially appeared. Like the best of resourceful grindhouse auteur Larry Cohen’s oeuvre, God Told Me To is packed with ideas and unhinged acting. Its plot flirts with multiple genres, full of surprises and memorable set-pieces underscored by a thought-provoking subtext. –Spenser Hoyt